'I must study Politicks and War that my sons may have liberty to study Mathematicks and Philosophy. My sons ought to study Mathematicks and Philosophy, Geography, natural History, Naval Architecture, navigation, Commerce and Agriculture, in order to give their Children a right to study Painting, Poetry, Musick, Architecture, Statuary, Tapestry, and Porcelaine.' --John Adams, in a letter to his family, 1780 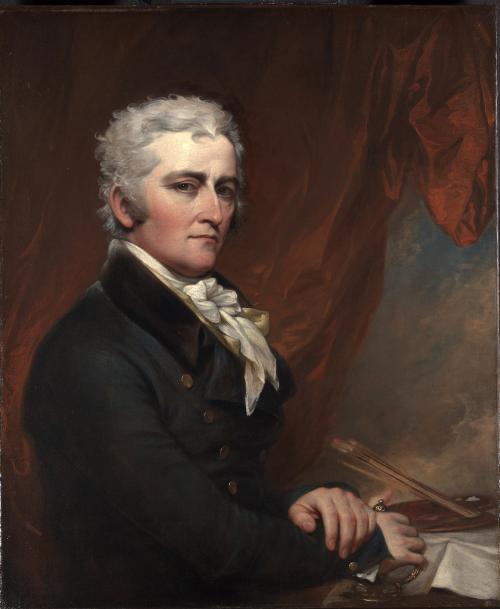 What is the trajectory of early American art? From a time of war to the Gilded Age? That's the question subtly raised by the exhibition Life, Liberty and the Pursuit of Happiness: American Art from the Yale University Art Gallery at Seattle Art Museum through May 25 (pictured is John Trumbull's self-portrait, with paintbrush and sword). Although the exhibition is an idiosyncratic study, based as it is on a single collection (Yale's), it's also a proposition about the possibilities of art in a new democracy—art as a tool of political rhetoric, art as a sign of wealth, art as a way of memorializing, art as a way of promising better things to come, art as a display of national ambition.

In this podcast, SAM American art curator Patti Junker talks not only about Life, Liberty and the Pursuit of Happiness—especially its trajectory, as in the Adams quote above (which is painted on the gallery wall at the entrance to the show), from struggle toward enlightenment (which resulted not only in great early photographs but also in not a few ostentatious sofas!)—but also about SAM's entire season of Americana. That includes exhibitions by contemporary artists Titus Kaphar, Corin Hewitt, and Mary Simpson and Fionn Meade; a show of relatively controversial paintings of Native Americans by the 19th-century Victorian George de Forest Brush, who couldn't stand to look; SAM's own Bierstadt painting of Puget Sound; and SAM's recent acquisition of a Louis Sullivan elevator facade from the Chicago Stock Exchange building. 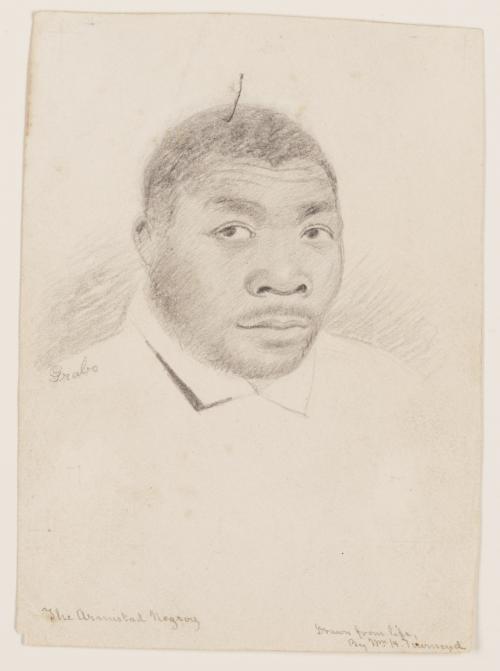 The exhibition is just generalized and crowd-pleasing enough not to dwell much on the unhappier, or more hypocritical, aspects of early American life. But there are hints in and among the hits. A series of intimate pencil drawings of the Amistad captives, by William H. Townsend, is touching (pictured is "Grabo," ca. 1840; click to enlarge).

Junker shares her own theories about several things—why de Forest Brush stopped looking, why Bierstadt's Puget Sound isn't as laughable as we all thought—even as she explains why it's impossible to do an 18th-century portraiture show except in New Haven. Listen in.