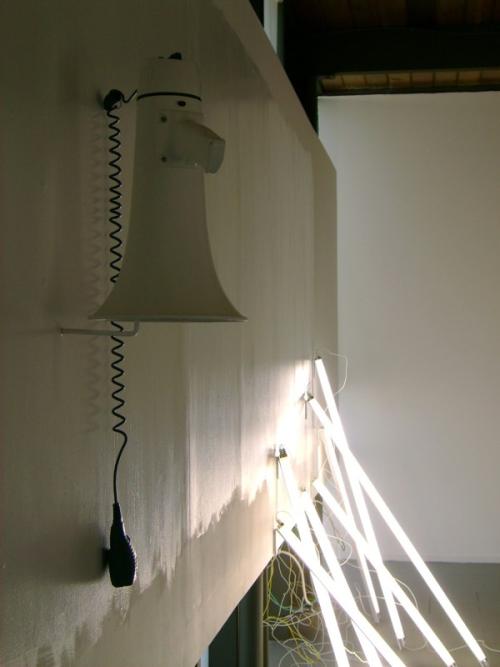 One white wall of OHGE Ltd. has been turned into a white billboard with a slightly different-colored-white area inside it where a message might have once been.

A megaphone hangs inside the left side of this cloud. On the right side is a small thicket of gleaming white fluorescent lights leaning against the wall. Colored roses coated in glitter lie in a heap on the floor.

There's another room parallel to this one in the gallery, approached through a door. In that congruent room, large white block letters spell out "I FORGOT" so that, if the wall were removed between the rooms, the letters in one room would appear in the same position as the empty area of the billboard in the other room.

The billboard has been divided from its message, and all that remain are two incomplete halves. There is only silence that might once have been, or might yet become, speech. The kind of silence that wants breaking.

This installation is called The future belongs to crowds (a line taken from Don DeLillo), and it's by Eugene-based, Iranian-born artist Tannaz Farsi. She made the piece after the Iranian demonstrations this summer.

Listen to her talk about it just before the opening on December 3. It's up through January 14, 2010. 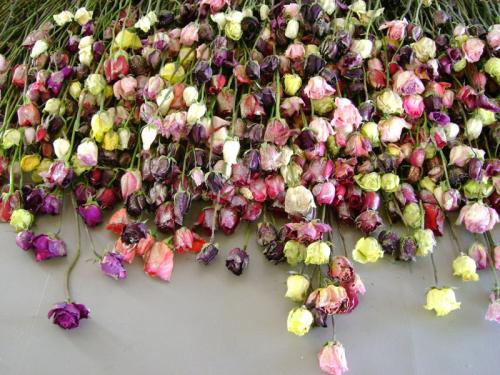