If you only listen to one art interview in Seattle this year, let this be it. 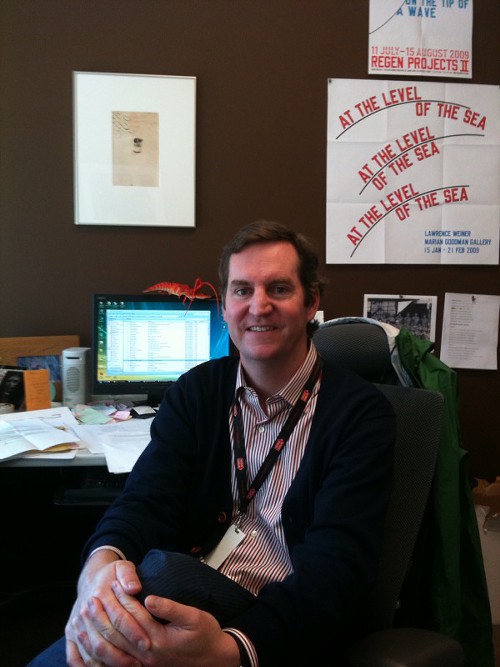 You could hear the cries from all quarters when Michael Darling announced recently that he's leaving Seattle Art Museum to become chief curator at the Museum of Contemporary Art, Chicago. With shows like Target Practice and Kurt, he's the rare person whose work piqued the interest of artists, audiences, and administrators alike, and he spoke freely and frankly in this exit interview at his small office inside the Chase tower, looking out at the high-rises of southwestern downtown and the industrial waterfront. He praised big donors and dissed the University of Washington's art grad school, he described what the museum's bought lately, he revealed what works and what doesn't about the renovated downtown building, he named names of local artists to watch, and he gave his take on whether SAM's unwieldy three sites are sustainable given the collapsed economy and WaMu's demise.

He's bound to stir up controversy, but that's not his goal. These considered opinions are his parting gift to the city as someone who still cares about it, and we'd do best to use them in that spirit.

Thanks for the memories and the observations, Michael Darling. (And P.S.: Keep Seattle artists on your radar!)