When my wife and I started dating I took her to Babeland (Seattle) and got her a selection of vibrators and now she loveLoveLOVES the Pocket Rocket/Water Dancer during sex. It is always helpful and always ALWAYS hot.

A woman who enjoys herself is very hot. Go for it.
JamesWjRose on June 5, 2012 at 6:48 AM · Report this
2
Dan - when you talk about state battles this year, will you please remember to mention MARYLAND? We are fighting the same battle as Washington state, and we need all the help we can get. Thanks!
on June 5, 2012 at 8:18 AM · Report this
3
Dan - In your intro about same-sex marriage ballot issues, you neglected to mention Maryland. Our state legislature enacted a marriage-equality law, and the opponents have petitioned it to referendum. The opinion polls show a slight majority in favor of gay-marriage, but the opponents seem to be more energized. So please use your bully-pulpit of a podcast to get your listeners in Maryland energized in favor of the law.
Balt on June 5, 2012 at 8:20 AM · Report this
4
I really wanted to ask the woman who can't come if she fantasizes during sex. A lot of women need the extra boost of fantasy to push them over the edge from "this feels good, I'm almost there" to "I'm coming now!" I feel like this subject gets short shrift in the Lovecast.
sfgurl on June 5, 2012 at 12:15 PM · Report this
5
I think it's unfair to say that someone's childish and judgmental if they don't want to be with someone who's HIV+. People weigh their own risks, and it may be too much of a risk for a lot of people to be comfortable with, even using condoms.
That doesn't mean it's okay for people to lose their shit when they're told, though.
jessi on June 5, 2012 at 12:27 PM · Report this 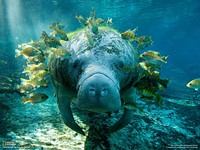 7
@6: I should say Northwestern Pacific islander, lest I fall guilty of over-bracketing.
aureolaborealis on June 5, 2012 at 1:09 PM · Report this

8
@7: North=north of the equator. West = west of, say, Hawaii. So Philippines, Micronesia, etc.

Not islands in Puget Sound.

9
Great advice for the first caller, Dan! I would add though..I often hear you advise that the girl who can't get off without toys/toothbrush/fingers during penetration (which is practically ALL women EVERYWHERE--so glad you always emphasize that), I would not suggest that she hand her toothbrush to the guy and say "here! you do it! so you can feel like you did it!" It's just further stroking of the male ego, and while it might work (it might it might!), in my experience, the pressure of said toy/toothbrush/finger when someone else (especially someone who's humping me at the same time) is applied, it's never quite the right tempo as it would be if I were doing it myself. It COULD work, it certainly could. But I think it has the potential of turning into another long, awkward wait for this woman who is obviously very insecure and in her own head about her orgasm. I think it's very much a mental thing with you, babes. Try for the first couple of times briging in the toy, doggy style so you are facing the other way, and IGNORING this guy. Just literally ignore him. Focus on your own pleasure, fantasize, masturbate while he fucks you and stop thinking about how long it's taking. Also have a couple of drinks first. That's my advice! Good luck!
bella28 on June 5, 2012 at 2:15 PM · Report this

10
@4 Yes, totally
bella28 on June 5, 2012 at 2:17 PM · Report this
11
You missed one p-r-e-t-t-y important scenario in your response to the straight guy who wanted to know why a gay guy would be interested in learning how to eat pussy. For all we know, this gay guy could be interested (genuinely or fetishistically) in a really hot guy who was born with a hole / vagina i.e. a trans guy.

That this was not on your radar really concerns me, p.s.
The News-Breaker on June 5, 2012 at 2:30 PM · Report this
12
@ 5 Dan did not say that it is childish for a person to choose NOT to have sex with an HIV+ person. In fact, he specifically stated that they have the right to know their sex partner's status and make an informed decision, which obviously could go either way. It would be childish, however, if a potential sex partner upon hearing this news were to freak the fuck out and act like a total jerk about it rather than calmly and graciously saying no (or yes).
Buffy on June 5, 2012 at 4:05 PM · Report this
13
Don't listen to the audiobook version of 50 shades of gray. The narrator's voice is very wrong for the story and makes it miserable. The narrator is a very childish female who has zero talent for male voices. It is like listening to a 12 girl tell this story. Don't waste your time or credits.
nesserchan on June 6, 2012 at 2:10 PM · Report this
14
I love the podcast and listen regularly. I have learned a lot about current behaviors and attitudes about sex. However, the problem of women being unable to have orgasms seems not to be addressed in its full psychological complexity. Solutions presented seem too mechanical, just to do with body parts, not minds. Difficulties with female orgasm can be psychological and complex. Not only is there (commonly) hesitation to state what one wants, there is difficulty KNOWING what one wants. And it keeps changing over a lifetime. Having been raised a Catholic, and taught never to entertain "bad thoughts," I never learned to fantasize. I thought because I started having sex very early in my teens that I was a "bad girl." Actually, I was quite innocent. I LET things happen because boys seemed to want it, but I rarely FELT anything. My first orgasms happened in my sleep. Later, I had them consciously, but rarely, and it never seemed to be triggered by the same thing twice. It was as if my mind were trying to hide from me the ways I could be "turned on" or the ways I could "come." I never masturbated; any orgasm I had would a "gift" from the man I was with-- a precious, mysterious occurrence that I could hope for, but never PLAN. At age 50, I purchased a vibrator with the encouragement of a friend, and it worked for a while, but my mind soon decided that it was not to be. I have been married for a long time, and our sex life has had its great moments, despite my "problem." It's just that the advice given to the women who called in about orgasm on this episode seemed way too simplistic and unlikely to work--to me. There has to be a good psychological foundation, an acceptance of sex as being OK, and trust in one's partner. I suppose I am pretty lucky, because in my life I've experimented enough and been persistent enough to have outwitted my Catholic mind quite a few times. But I couldn't explain how.
on June 6, 2012 at 4:23 PM · Report this
15
This article will help everyone to know so much important information about. It is very alternative for people and helpful to anybody. You may know me by porn link.
on June 6, 2012 at 11:19 PM · Report this
16
this is for the woman who commented on episode 293 in 294 regarding the woman who has troubles keeping her boyfriends from stealing and/or distributing her nude photos. While I have to agree that maybe she should not be leaving them laying around her hard drive I also must say, who the fuck still uses zip drives?
on June 6, 2012 at 11:47 PM · Report this
17
Hey Dan Savage, why don't YOU write a sex-ed manual for teens. Hook up with a qualified woman doctor and write the book that will get read and circulated among teens. Sure, it will get banned (publicity!) and burned, probably, but it will get READ. It's been a long time since THE JOY OF SEX, and that was aimed at adults anyway. And you will probably make a bajillion dollars. Yeah, I know, who has the time?
Dan Not Savage on June 7, 2012 at 8:31 AM · Report this 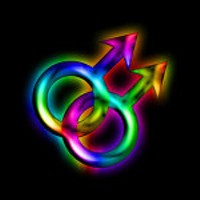 I've masturbated with an electric toothbrush since the age of 11. It's the only way I can actually have an orgasm.

So here's what my boyfriend and I do:

Yes, it took him a while to get over the "my dick can't get you off, I feel emasculated, etc." but once he got over himself our sex life has been amazing.
screenamescreename on June 9, 2012 at 3:37 PM · Report this
20
Woman here. Back when I was a kid, I discovered masturbating by grinding on objects. Usually a pillow, but that was my wanking routine up until I was 30. I would vary objects and pressure and such.. but always me face-down and grinding on something. Partners could never get me off, other than by letting me grinding against their pubic bone while I was riding them.

bitmar on June 15, 2012 at 4:51 PM · Report this
21
some great comments here - does anyone use a massager like this http://vibes4u.co.nz/Miracle-Massager/sk…
pink lady nz on June 19, 2012 at 3:58 AM · Report this
22
http://www.motherjones.com/media/2012/05…
This entry on the timeline from 200 AD is especially interesting:
The 2nd century Roman physician Galen believed hysteria was caused by sexual deprivation. A good roll in the hay was a suitable cure for married women, but for widows, unmarried women, or religious women, he prescribed pelvic massage. His technique would be cited by physicians for centuries to come: "Following the remedies and arising from the touch of the genital organs required by the treatment, there followed twitchings accompanied at the same time by pain and pleasure after which she emitted turbid and abundant sperm. From that time on she was free of all the evil she felt.”
And yet some people still don't think female ejaculation exists - or at least they call / write into savage love to say they don't

This podcast was just about female orgasm. Ejaculation is the next level. They're mutually exclusive, speaking as someone who has lost the ability to "female ejaculate", but still has a damn good time. Personally, I don't miss soaking my sheets and matttress multiple times every week.
Auragasm on October 9, 2012 at 3:50 PM · Report this
24
Dan,

I'm a 44-year old gay guy from the midwest who came out 24 years ago, and am HIV negative.

Before today, I was pretty sure that I was your biggest fan. Now I'm still a huge fan, but pretty disappointed with how you reacted to the person who was asking about when to tell someone you're HIV +.

I listened to your response twice, just to make sure I wasn't over-reacting or misunderstanding what you'd said. I was left with the impression of you being an extraordinarily judgmental d-bag towards a gay men who might not want to date someone who is HIV+.

According to you -- "The way he reacts tells you a great deal about him. If he freaks the fuck out. If he acts like a child and an infant. If he sero-shames you....He's an immature, selfish, thoughtless child."

Wow Dave. Aren't you just acting like the biggest dick ever.

As if it's no big deal to date someone who is HIV+.

You reacted to him like anyone who doesn't want to be with a positive person is a douche, and frankly, you should be ashamed of yourself for acting like such an asshole.

Can you please figure out how to give advice to men like him in the future where you don't make it seem like he's a victim if someone doesn't want to absorb those risks with him -- and if they don't, they're terrible people -- because I think you blew it on this one, and in a sad irony, you sounded like a republican to me.

And in case you're wondering, that's about the nastiest thing I can say to anyone.