R&B Legend Booker T. Jones Is Keyed Up for His Victory Lap

The architect of the influential Stax soul sound hits Seattle to talk about his new memoir and to play his classic songs. 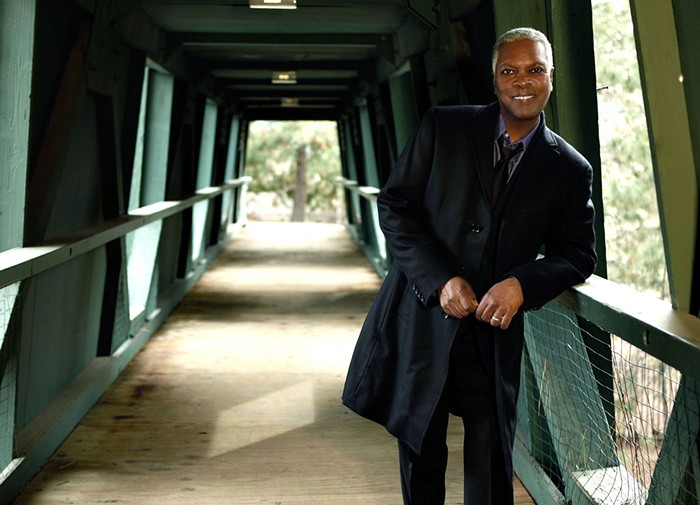 His influential work will resonate for as long as the electrical grid holds out. Piper Ferguson
Tweet

For proof, listen to the 1962 hit instrumental by Booker T. & the M.G.'s, "Green Onions," written while Jones was still in high school. (You may have heard it increasing the hipness quotient of the 1979 film Quadrophenia, based on the Who's rock opera.) Jones's radiantly purring Hammond organ is a miracle of propulsion and economy, leading the way for Al Jackson Jr.'s scything drums, Steve Cropper's stinging guitar punctuation, and Lewie Steinberg's slaloming bass line. (The more famous Donald "Duck" Dunn replaced Steinberg in 1965.)

"Green Onions" is one of 29 singles cut by the group and collected on Booker T. and the MG's: The Complete Stax Singles Vol. 1 (1962–1967), issued last year by Real Gone Music. The track epitomizes the streamlined groove sorcery and momentous melodic understatement that Jones and company turned into a science.

Following the 2019 reissue of Booker T. & the M.G.'s 1971 classic album Melting Pot and Jones's new memoir, Time Is Tight: My Life, Note by Note, the 75-year-old icon has shifted into career-retrospective overdrive. This tour supporting his book is a righteous victory lap for a vastly influential body of work that will resonate for as long as the electrical grid holds out.

"Green Onions" spawned a handful of variations by Booker T. & the M.G.'s. Normally, such derivativeness grates, but the way they found fascinating nuances in its perfect structure intensifies your love for the band. Check out the seductively slowed-down "Home Grown," "Mo' Onions," and "Big Train" for clever mutations of the classic original.

Other great songs in the M.G.'s catalog—"Hip Hug-Her," "Jelly Bread," "Aw Mercy," "Melting Pot," "Soul Dressing," "Slim Jenkin's Place," "Boot Leg," "Red Beans"—proved that a band could achieve soaring popularity without a singer... an extremely rare feat. The M.G.'s placed 15 songs in the US singles chart during their initial nine-year run. They even made "Jingle Bells" sound cool.

As leader of the legendary Stax Records' house band, Jones laid his dexterous fingers on many crucial recordings in the history of soul, R&B, funk, and rock. If you've ever shaken your ass to (or had your mind soothed by) songs by Otis Redding, Wilson Pickett, Carla and Rufus Thomas, and many other 1960s artists who recorded for the label, you owe a debt of gratitude to Jones. In addition to his 13 studio LPs with the M.G.'s and nine solo records, Jones produced important albums such as Bill Withers's Just as I Am, Willie Nelson's Stardust, and Rita Coolidge's Love Me Again.

At a time when hundreds of soul and jazz musicians were covering Beatles songs as easy cash-ins, Booker T. & the M.G.'s surpassed all of them on 1970's McLemore Avenue by reimagining the entire Abbey Road album, one of the Fab Four's most complex accomplishments. The record reveals Jones's genius for transposing ambitious rock composition into a soul music context, bestowing a new appreciation for familiar tunes.

In a review of Jones's book on The Stranger's blog, Robert Ham faulted Time Is Tight for being "a rambling journey through his life and career peppered liberally with famous names and moments." He also thought it was marred by frequent recountings of the musician's sexual conquests. However, Ham did praise Jones's passionate reminiscences of the late soul superstar Otis Redding and slain civil-rights leader Martin Luther King Jr., and other reviews note Jones's insightful passages about playing in an interracial group in the 1960s.

Whatever its flaws, Time Is Tight is going on my reading list, and one suspects that Jones's anecdotes from it will come off more charming orated by the man in person.