Last week, rumors spread online that the Edith Macefield House was soon to be razed.

The small, boarded-up home on 46th Avenue became famous in the mid 2000s after Edith Macefield, the elderly home owner, refused to sell it to developers despite a million dollar offer for her property. Undeterred, the developers ended up just building around her, and today, if you visit the house, it looks like a relic from the Ballard that no longer exists: A century-old farmhouse covered in plywood and surrounded on three sides by the Ballard Blocks, one of Seattle's more hideous commercial developments.

Macefield lived in the house throughout construction, as her neighbors' homes were gradually turned into a Trader Joe’s, an LA Fitness, and a Ross Dress for Less. She passed away—at home—at the age of 86 in 2008, and after her death, she left the house to Barry Martin, a construction supervisor who began caring for Macefield as the project ripped down the neighborhood around her. In the 99 Percent Invisible podcast, Martin said that Macefield wasn't mad about the construction; she just didn't want to leave. At her age, a million dollars was worth less than just staying home, and as construction went on, Martin became Macefield's primary caregiver, making all her meals, driving her to her appointments, and, perhaps most importantly, keeping the old woman company.

Macefield, from Martin's retelling, was a fascinating woman. She was an avid reader, writer, musician, and music lover who, according to 99 PI, "told him stories about her past that were so incredible he found them hard to believe. For example, she said that she had been a spy for the British during World War II, and that she was captured spying and spent time in the German concentration camp of Dachau." Macefield also told Martin she'd had taken care of war orphans in England, that she'd played music with the Dorsey Brothers, and that she was Benny Goodman's cousin. Martin didn't always believe her stories, but, after he inherited the house, he found evidence that at least some were true, like a Benny Goodman record that said, “To my cousin Edith, with love, Benny.”

Not long after Macefield's death, Martin sold the house to a real estate investor for around $300,000. The investor, however, failed to pay back taxes on the house, it eventually went into foreclosure, and in 2015, was put back in the market. The investor reportedly asked Martin if he wanted to buy it back; he did not.

While many people think that the house was the inspiration for the Disney movie Up, that's not strictly true. Work on the script commenced in 2004, the year before the Macefield saga began, but, in 2009, Disney publicists tied balloons to the house as a promotional tie-in with the film, which is about an elderly widower who refused to give up the home he'd lived in with his wife. So while the house didn't exactly inspire the film, the film did make the house famous, and today, it's loved by Macefield fans and Up fans alike.

And then, last week, the anonymous parties who run the Edith Macefield House Facebook page posted online that the house would soon to be razed. While they declined to tell me where that rumor started, over the weekend, they say thousands of people, including tour groups, showed up to take photos, tie balloons to the fence, and show their support for keeping the Macefield house in place.

"Demolition was the stated intention of previous/original Ballard Blocks developer," a Macefield House Facebook page manager told me. "In fact, they built the surrounding cement walls to accommodate quick development (visible when you visit the house). It turns out that a controlling interest in Ballard Blocks (including Macefield House) was acquired in January by Regency Centers of Florida." And last week, after rumors started swirling, Regency Centers—which is developing Ballard Blocks II—said they have no intention to demolish the home, and that they are willing to work with the community to come up with a plan for the house, which may include preservation, renovation, or moving it somewhere else.

Whatever you call it, the house that Edith Macefield refused to give up survives to see another day as the neighborhood continues to change all around it. 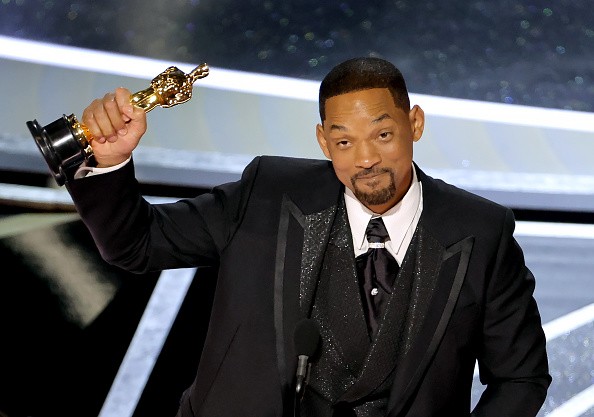