Save the Planet: Sterilize Yourself

Getty Images
I was asked yesterday, possibly for the millionth time, whether or not my girlfriend and I plan to have babies.


"No way," I said. "I'm not a morning person. But sometimes my girlfriend does threaten to make us foster a problem teen someday. Hopefully same-sex fostering will be illegal by the time she's ready."

I was kidding (mostly), but you'd think I'd slapped the ice cream cone out of a grandma's hand with the reaction this got. But, frankly, I'm sick of being asked. It comes up all the time, if only by virtue of my age. I'm in my mid-30s, and it seems like babies are on all my friends' minds. Almost everyone who in our 20s insisted they'd never have kids is currently wiping some baby's wrinkled ass. My social media is filled with the things, baby after baby, taking up space where vacation pics used to be (which were, admittedly, annoying in their own rights). And, sure, those babies look cute now, but you can't bonsai a kid or slip something in their carrot mash to keep them from growing up. Eventually, they're going to learn how to talk.

In addition to sleeping in every day, there are other benefits to not having kids. For one, kids are expensive. The estimated cost of raising just two children is $14,000 a year. And, depending on where you live, it can be much, much higher. In King County, putting your baby in day care full-time costs an average of $17,300 per year, as Crosscut reports, which is $5,000 more than in-state tuition at UW. And, no, you can't get federally subsidized education loans for day care, so I have no idea how people who don't work at Facebook can afford to procreate. Besides, if I had an extra 17 grand a year, I'd spend it on a much better cause—for instance, myself.

Now, I get why other people have kids. It's your biological imperative, you think it'll make your life richer, and you have this wild idea that your kids will take you in when you get too old to care for yourself (even though you have no intention of doing the same for your own parents). But even if there is something deep inside of you screaming for babies, most of us have a choice to ignore that voice. We don't have to have kids anymore. Few of us need kids to till the fields or run the family business, and if you do happen to live on a family farm, chances are your kids are more interested in FarmVille than farming itself. And, despite what all parents will tell you, it's easy to find meaning and joy elsewhere in life. Personally, I spend my ample free time doing things that really give me pleasure, like not yelling at toddlers about screen time.

There is, I will admit, a few downsides to not having children: For one, I've never gotten to choose someone else's name. For another, I get way fewer likes on Instagram and Facebook than I would if I had baby pics to post. But all of these downsides, as I see it, are outweighed by the moral high ground not having children allows me to claim. The absolute worst thing you can do for this overburdened planet is to have children. It doesn't matter how often you ride your bike or how many burgers you forgo: Humans are a cancer on this planet, and the only way to stop the spread of that cancer is simply to never have kids. It's literally the least you can do.

Eventually, of course, if everyone chooses my path, it will spell the end of mankind as we know it. That's exactly what I'm hoping for. I know the idea of voluntary human extinction isn't popular and people are going to read this post (or at least the headline) and jump into the comments to tell me that suicide is also great for the planet and why don't I give it a try. But just open your mind for a second: We're eventually going to die off anyway (and with added suffering if we don't stop poisoning our air, land, and water—and fast). That's just the nature of time and of life itself. Nothing lasts forever, not even us. So instead of continuing this pattern of reproduction and destruction, we could all sterilize ourselves today and spend the next few generations preparing the world for the end of humanity—tearing down damns, decommissioning nuclear reactors, shutting down fossil-fuel-fired plants, and the like. Eventually, after our plastic disintegrates and our concrete breaks up, the only trace of us left will be in the geological record. And then, at the same time, another species will evolve to dominate the earth. Hopefully whatever species takes our place will never come up with things like reality TV, K-Cups, and, of course, Donald Trump, but if humans are doomed to die off anyway, I'm merely suggesting we speed up the process a bit.

For more on why people choose to spawn or not, check out these events. 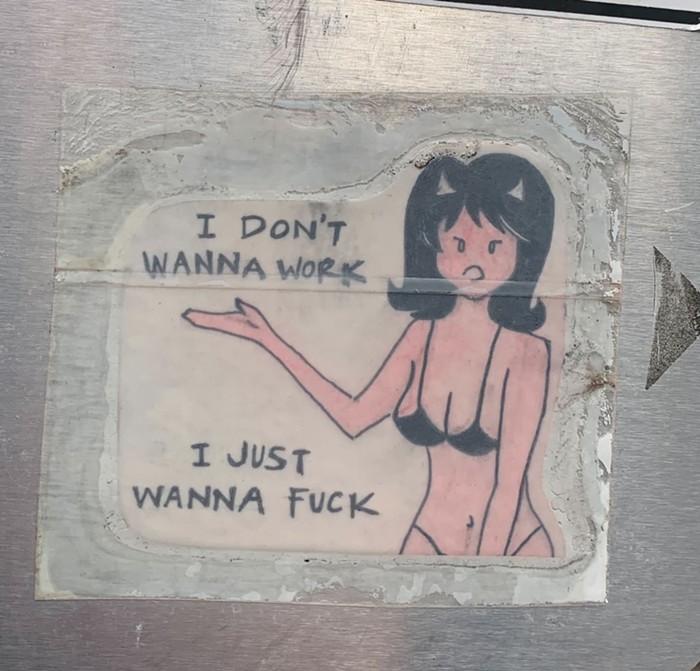 The YIMBY vs PHIMBY Battle in Seattle