Because I don't feel like getting yelled at on Twitter today, I should probably preface this by saying that I disagree with Daniella Greenbaum about some things. Greenbaum, who was, until yesterday, a politics and culture columnist at Business Insider, says Hamas (not Israel) is the biggest threat facing the Palestinian people and thinks it's fine to call members of the American project known as MS-13 "animals," echoing one Donald J. Trump. Greenbaum, who told me she was a Republican before 2016 and now considers herself center-right, has written about these and other issues for Business Insider since becoming a columnist in April. And she likely would have kept doing so, but, last week, Business Insider made the remarkably irresponsible decision to retract one of Greenbaum's columns, which prompted her to resign yesterday in protest.

The drama started when Greenbaum published a column last week about Scarlett Johannson's role as a transgender man in the forthcoming biopic Rub and Tug, directed by Rupert Sanders. The character, Dante “Tex” Gill, owned massage parlors and ran a criminal enterprise in Pittsburgh, eventually serving 13 years in prison. According to an Pittsburgh Post-Gazette article that ran in 2014, Gill was "an overweight Brentwood woman who dressed like a man in suits and ties, wore short hair and sideburns and preferred to be called 'Mr. Gill.' A lesbian, Gill married Cynthia Bruno of Dallas, Texas, in Hawaii and lived with her in Pittsburgh before the couple eventually split." Gill died before the word "transgender" entered the lexicon, but, today, Gill is considered to be trans by many, and so the announcement that Gill would be played by Scarlett Johannson, who is decidedly not a trans man, made a whole lot of people mad on the internet.

Johnannson's response to the criticism certainly did not help: Through a rep, she reportedly told Bustle, "Tell them that they can be directed to Jeffrey Tambor, Jared Leto, and Felicity Huffman's reps for comment," all of whom are cis actors who have played trans characters.

In her column on the controversy, Greenbaum wrote, "Scarlett Johansson is the latest target of the social-justice warrior mob. The actress is being chastised for, well, acting." That's pretty much her whole argument: Basically, she thinks that if actors can only play parts that reflect who they are, then only poor people can play poor people, only doctors play doctors, only private eyes can play private eyes, only Elvis can play Elvis, etc etc etc. People sometimes say the same about reporters—arguing that only members of a community are equipped to report on that community. As I've pointed out before, this is contrary to the very nature of the job, and I suppose the same is true when it comes to acting. But still, Greenbaum's argument was a bit flat: She didn't mention that part of the reason people are even talking about this is because trans people haven't been portrayed on screen all that much in the history of cinema and so some people feel like with the limited trans roles available, trans actors should fill them. In a New York Times column, trans writer Jennifer Finney Boylan compared Johannson to Mickey Rooney playing an Asian man in Breakfast at Tiffany's, and wrote, "there are hundreds, if not thousands, of trans actors ready to play these parts. We deserve the chance to represent our own truth."

Clearly, the director should have anticipated this outcry (and maybe he did: Rupert Sanders was also the director of Ghost in the Shell, which received criticism for casting—once again—Scarlett Johannson in a role originally written as an Asian woman). People are retroactively mad at filmmaker Kimberly Pierce for casting Hillary Swank, a cis woman, as a trans man in her 1999 film Boys Don't Cry. Jill Soloway, the creator of Transparent, has said that if the show were created today rather than in 2014, she likely would have cast a trans woman instead of Jeffrey Tambor.

Regardless, Greenbaum's column wasn't particularly inflammatory in the long arc of the internet (and you can read it for yourself here) but the day it was published, she got a call from her editors at Business Insider saying they had decided to pull it. Now, if you go to the page, a message reads: "Business Insider removed the column because, upon further review, we decided it did not meet our editorial standards."

The Daily Beast's Maxwell Tani was the first to report on the retraction, and according to Tani, BI decided to pull the column after employee complaints. Greenbaum told me the same: "I was told that there was this outpouring of emotion and intellectual objection to the piece from within the newsroom," she said. "And that's fine. People can disagree. But I didn't hear from a single one of my colleagues. Not a single person reached out to me. If someone wrote something I disagreed with, my reaction would have been to write a counter op-ed or maybe message them directly and try to find out where they were coming from. No one did that. That was pretty shocking to me."

Retracting a column is a very big deal. As my friend and fellow trash person Jesse Singal wrote in New York Magazine, "the website is violating an important and underappreciated journalistic norm against retracting work in all but the most dire of circumstances. It would have been far preferable for BI to leave the article up, but to explain clearly and specifically what was wrong with it, and to then publish work responding to it." Business Insider says the piece wasn't up to their editorial standards, and that may be true, but retractions typically occur when the facts are wrong or intentionally misleading or because someone has plagiarized or otherwise improperly sourced material, not because someone's opinion is deemed wrong by her colleagues.

And so, yesterday, nearly a week after the retraction, Greenbaum took a stand of her own: She quit, and released her resignation notice on Twitter:

I believe female actors can play men and trans men. That is the apparently controversial view that inspired BI to take down my piece. I have resigned from @businessinsider and explain why in my letter to EIC @nichcarlson pic.twitter.com/5G2UZggXi9
— Daniella Greenbaum (@DGreenbaum) July 12, 2018

As of 9 AM Thursday, Greenbaum was out of a job. But it's not just her job status that concerns her. "What's frightening to me about this whole thing is that, from my perspective, my column was really benign," she says. "It wasn't mean or threatening. I didn't call for violence or hate. But we've reached beyond the point where it's not only fringe opinions that are getting this kind of treatment. That's the lesson I take from this."

Like I said at the top, I don't agree with every thing Greenbaum has written or will write going forth (so please put down your pitchforks right now), but if mildly critical opinion pieces are now too toxic to be kept in the archives and amended with an editor's note, writers—and readers—take note.

Update: ScarJo has officially dropped out of the project. In a statement to OUT, she said: "In light of recent ethical questions raised surrounding my casting as Dante Tex Gill, I have decided to respectfully withdraw my participation in the project. Our cultural understanding of transgender people continues to advance, and I’ve learned a lot from the community since making my first statement about my casting and realize it was insensitive. I have great admiration and love for the trans community and am grateful that the conversation regarding inclusivity in Hollywood continues. According to GLAAD, LGBTQ+ characters dropped 40% in 2017 from the previous year, with no representation of trans characters in any major studio release. While I would have loved the opportunity to bring Dante’s story and transition to life, I understand why many feel he should be portrayed by a transgender person, and I am thankful that this casting debate, albeit controversial, has sparked a larger conversation about diversity and representation in film. I believe that all artists should be considered equally and fairly. My production company, These Pictures, actively pursues projects that both entertain and push boundaries. We look forward to working with every community to bring these most poignant and important stories to audiences worldwide." 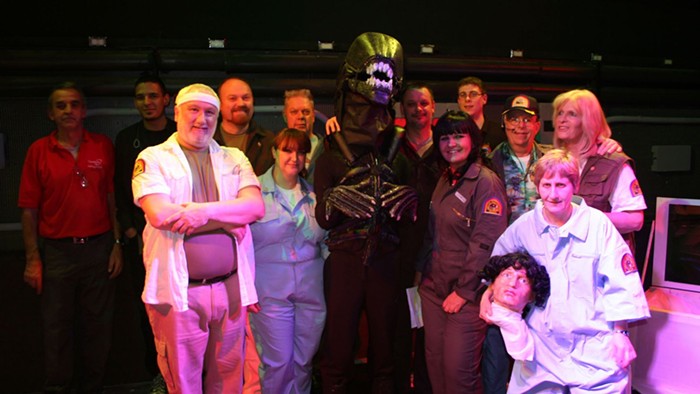