Senator Elizabeth Warren, confusing sex and gender and possibly making a strategic mistake. DREW ANGERER / GETTY IMAGES
On Thursday, Presidential hopeful Elizabeth Warren, who has been steadily rising in the polls, tweeted an article about a new law in New Hampshire that will allow people to get an X on their driver’s licenses instead of the traditional male or female designator. “This is an important step to ensure that non-binary Americans are seen and respected,” Warren tweeted. “Way to go, New Hampshire. All states should do the same.”

I agree with Warren that all people should be seen and respected. But drivers licenses do not indicate gender identity. They indicate sex. Aside from a minute population of intersex people, most of whom still identify as either male or female, mammals are one of two sexes. Gender, a social construct, may not be binary, but with few exceptions, sex is.

It is undoubtedly true that non-binary and other alternative gender identities are on the rise. According to one survey, 35 percent of zoomers know an enby, as nonbinary people are known. But still, this is still a nascent concept in American life. It’s spreading, to be sure—12 other states allow the X identification—but I highly doubt the good news about enbies will catch on outside of hyper progressive circles before we have the chance to vote Trump out of office. Have you tried explaining what “nonbinary” means to anyone over the age of 50? Please do it and send me the video.

The replies to Warren’s tweet were overwhelmingly negative. There are, of course, the standard replies from MAGA types calling Warren "Pocahontas," but there also Democrats, including those in the LGBTQ community, chiming in. Seattle musician, writer, and filmmaker Amy Dyess, who calls herself a liberal, lesbian Democrat, responded to Warren: “You just lost my vote with this regressive nonsense. Read a basic biology textbook. Sex has meaning. It’s a real thing, not make believe. Democrats are supposed to believe in science, but I see you have a new woke religion that preaches alternative facts. This Dem is fed up.”

Dyess is “trying to stop Trump from being elected, and the nonsense Dems are catering to isn’t helping,” Dyess said when I asked her for further comment.

Of course, Twitter replies are not necessarily indicative of the general population. The 2018 Hidden Tribes of America survey, however, is. This survey, which was created by the nonpartisan group More in Common, was a large-scale poll conducted in partnership with YouGov, and it included 8,000 nationally representative respondents. What the survey found was surprising: While Americans are sharply divided on many political issues, from immigration to abortion, 80 percent of respondents across all demographics agreed on one thing: “Political correctness is a problem in our country.” And it’s not just racist old grandpas polishing their shotguns in front of Fox News who are concerned about it. As Yascha Mounk outlined in the Atlantic: “Even young people are uncomfortable with it, including 74 percent ages 24 to 29, and 79 percent under age 24.”

The one group that doesn’t fit this trend is progressive activists, only 30 percent of whom said PC culture is a problem.

As others have pointed out, the survey didn’t define what, exactly, political correctness is. The study authors acknowledge that there is no single definition of what is or is not politically correct, and they left the term up to the respondents’ interpretation. But by even the narrowest defintion, endorsing gender nonbinary sex markers on driver licenses, I suspect, would strike most Americans as politically correct.

This is not the first time Elizabeth Warren has embraced PC dogma: She’s also got her pronouns listed in her Twitter bio, which may make her the oldest woman on the internet to do so. She still managed to fuck it up: Instead of “she/her,” her pronouns were initially listed as “she/hers.” This has since been corrected, but it’s a bit reminiscent of Julian Castro’s flawed attempt to signal his allyship at the first Democratic debate. When speaking about abortion, Castro referred to “trans females” who can pregnant, when what he should have said was “trans men.” These nods at inclusivity may be genuinely held, but by fucking up the basics, Castro and Warren then immediately show how little they actually get it.

Like much of America, I want Warren or Castro or literally anyone else in the Democratic field to unseat Trump as soon as humanly possible. The issues that actually do resonate with the widest swathes of voters are healthcare, the economy, and immigration. As a candidate, Senator Warren has done a remarkably thorough job of putting out concrete policy proposals to address all of these issues. She’s also got plans to address foreign policy, political corruption, universal childcare, the opioid crisis, our flawed electoral system, and rebuilding the middle class. These substantive policies positions are what people should think of when they hear the name Elizabeth Warren.

Personally, I don’t really care what other people want on their licenses. For people whose gender identity doesn't align with their sex, and who don't want to answer questions about their anatomy from bouncers or TSA agents or police officers, the X probably helps them feel comfortable. But Warren and others should be wary of embracing a dogma that most Americans don’t get. By courting the woke vote, she risks alienating everyone else. 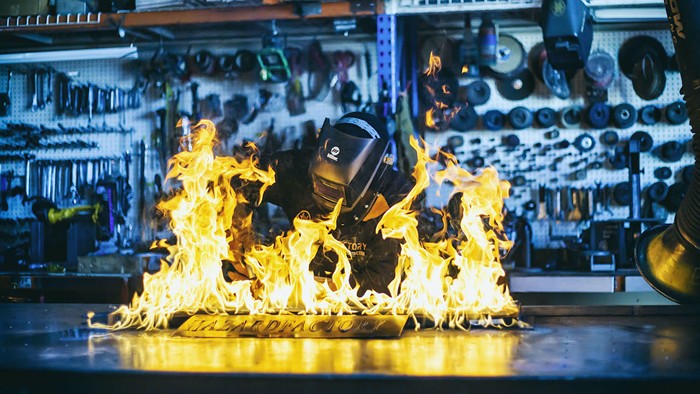