Looks Like the King County Council Will Take Over 4Culture, Unless You Tell Them Not To

1
Someone in Dunn's district please also ask him about his fascinating new illness that curiously left him loudly blowing his nose into his microphone whenever a woman was speaking, that was really great and made me feel super listened to by my representatives.

Also if you are in Lambert's district do remind her that you are a taxpayer as mysteriously she's only heard from non taxpayers in response to this ordinance? She also repeatedly told us how offended she was that constituents saw this as a power grab, my goodness how could they! She's definitely not making this personal, nope.

Furthermore, Larry Gossett summarily dismissed Upthegrove's amendment/rider to not have complete control over the ED position because it was only an amendment to garner public support, which the ordinance is lacking. In other words, he visibly rolled his eyes over doing things because his constituents want it.

This meeting was fucking amazing, and not in a good way.
kasa on March 8, 2018 at 1:15 PM Report this
2
I knew by the first sentence that anything spelled 4Culture automatically has a RepubliKKKan reek to it. For those in this district, get on Lambert's and Gossett's asses and with your votes say a resounding NO if public comment or support is lacking.
auntie grizelda on March 8, 2018 at 2:55 PM Report this 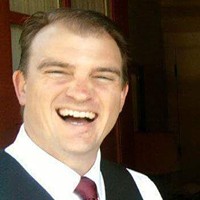 5
Not ONE Legislative District in King County, GOP or Democrat, supports this Ordinance. Call your council member to support the Kohl-Welles amendment.
Andy Joe on March 8, 2018 at 8:28 PM Report this
6
@4

You must have missed this part:

"In his closing statement, McDermott reminded the chamber that the bill wasn't proposed in response to a problem..."

Lambert, Von Reichbauer, and Gosset seem mentally handicapped. As in, mentally slow or impaired, lacking normal cognition. Gosset, as mentioned scoffed and rolled his eyes, after he asked Upthegrove, the bills introducer, why Upthegrove had introduced an amendment. Upthegrove said it was to gain more public support, as the community was against the bill. Gosset clearly disagreed, preferring the original bill! WOW!

But to be fair, Gosset, Lambert, and Von Reichbauer didn't really seem to know what was going on. Kathy Lambert needed constant clarification on the operations of the council, and repeatedly asked for simplification of the issues up for vote. Reichbauer made the council go back to a previous vote, after he accidentally voted against his seeming allies, who were Lambert, Gosset, Dunn, and Upthegrove. Let's point out that we have both democrats and republicans supporting this bill, and none of them have experience, or any qualifications in the arts. In fact, they voted against requiring 4Culture board members to have expertise in the 4 areas of culture that the organization serves.

Upthegrove and Dembowski came off as lying scumbags seeking money for their own pet projects. Upthegrove used a previous grant to fund his mother's museum, so expect to see a lot more conflicts of interest from him. Dembowski repeated a lie that he told at the previous meeting, that 4Culture didn't ask him to recommend a new board member from his district. That was a lie, as 4Culture repeatedly emailed him regarding the issue for over a year.

Basically, we have to get Upthegrove, Demboski, Lambert, Dunn, Von Reichbauer, and Gosset out of office. They will continue to damage our county with their complete lack of respect for their constituents, and the community at large.

The arts community is already a world where funds are tight, and many artists do not make ends meet. This bill ensures less artists will be able to survive in King County. These councilmembers are thieves.