Can Mike O’Brien Force Mayor Durkan to Follow Through on Bike Lanes?

O'Brien wants more bike lanes. City of Seattle
Seattle’s plan to build a bike-friendly transportation network has won praise around the country, including the highly-questionable designation of it as “the Best Bike City in America” from Bicycling Magazine. But people watching the progress on the street level, or even god forbid people actually riding bicycles in Seattle, see a far different story.

The Seattle Department of Transportation (SDOT) is failing to build the majority of bike lanes the city promised voters in 2015’s Move Seattle Transportation Levy. So, Council Member Mike O’Brien has an idea: He’s introduced legislation that will force SDOT to build bike lanes anytime the city spends more than $1 million improving a street that was preselected for bike lanes. The legislation would allow SDOT to avoid building the bike lanes only by writing a report to the City Council explaining why they can’t build the planned bike lanes.

O’Brien told me today that the legislation, which he hopes to pass by the end of September, is a direct result of Mayor Jenny Durkan’s elimination of the long-planned bike lanes on 35th Avenue Northeast.

“I believe [this legislation] will prevent the way Northeast 35th Avenue happened from happening again,” O’Brien said. “We want to reinforce that this was not okay. We want to make it really clear that [removing bike lanes] is not a discretionary move by a department head or a mayor. You have to have pretty serious reasons to explain why you think the Bike Master Plan is wrong.”

O’Brien said his legislation would protect bike lanes from being cut in a number of high-profile upcoming paving projects, including a new bike route planned for Eastlake Avenue.

O’Brien said he expects the rest of the council to support the legislation and wants to have a full council vote on Sept 3.

O’Brien also introduced a companion resolution that would call on the mayor to commit to building the Bicycle Master Plan, identify funding in this year’s budget deliberations, and find funding for additional routes in South Seattle. Biking in South Seattle is terrible even by the city’s own estimates, and several key arterials were left off an update of the city’s updated work outline for completing the Bike Master Plan.

Clara Cantor, a community organizer with the Seattle Greenways nonprofit, said building bike routes from South Seattle into downtown that are safe for riders regardless of cycling ability level (usually referred to as “all ages and abilities” bike routes) should be a priority for the city.

“It’s absolutely unacceptable in my mind,” Cantor told O’Brien’s Transportation Committee on Friday, “that we could find ourselves six years from now at the end of the Move Seattle Levy with no ‘all ages and ability’ infrastructure connecting from the south end to downtown. So, this is kind of a non-negotiable in my mind.”

O’Brien said that he thinks there are ample funding opportunities on the horizon to fund these bike projects, the city just needs to prioritize bike lanes more.

“It often feels like the bike is the last thing added to the project and the first thing dropped if there are problems,” O’Brien said. “The ordinance and the resolution attempt to alleviate that.”

UPDATE Tuesday Aug. 13: Mark Prentice, a spokesperson for Durkan, said in an e-mail that the mayor supports O'Brien's ordinance mandating bicycle lane construction on road projects larger than $1 million that have already been selected for a bike lane.

"Mayor Durkan strongly supports the construction of a safe and connected multi-modal system," Prentice said in an e-mail. "To help us realize that vision she proposed a responsible and transparent five-year implementation plan for the Bike Master Plan with regular progress reports to the public and City Council." 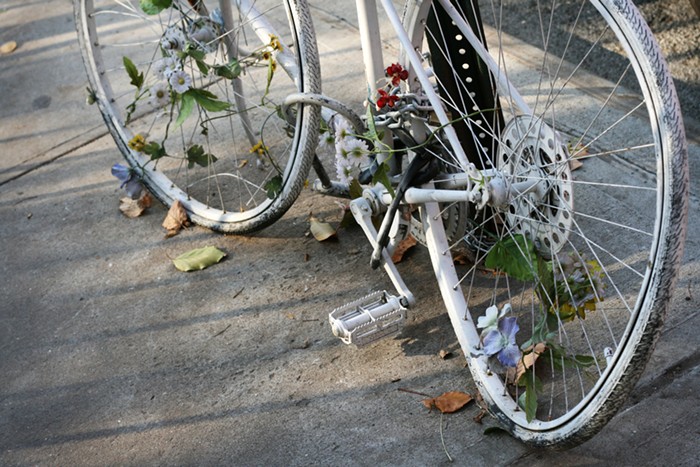