This news is heartbreaking: 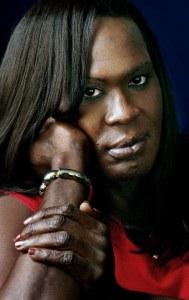 On February 12, 2008, Duanna Johnson was brutally beaten by a Memphis police officer after she refused to respond when the officer called her “he-she” and “faggot.” That night, Johnson became yet another of the countless trans women of color to be targeted and brutalized by police in this country. Two officers were fired after the attack; neither was prosecuted.

Just to be trans, just to be a woman, just to be a person of color in this country is enough to drastically increase one’s exposure to hatred and violence; when oppressions overlap, violence tends to multiply.

This past Sunday, Duanna Johnson was found murdered on the streets of Memphis. I didn’t hear about this until today, when I read a post on my friend Dean’s blog. When I read the awful news, I felt heartsick in a way that has become all too familiar and all too frequent.

Don’t think I’m being deliberately unrealistic or dismissive here. I don’t deny that the passage of Proposition 8 is harmful to the LGBT community and bears much anger, attention, and agitation. I understand the difference in magnitude of the number lives directly affected by the passage of Proposition 8 versus the number of lives directly affected by Duanna Johnson’s murder. I get that.

Yet still, the disparity in attention is damn stark.... I hope that many people donate whatever they can. $1195 is a relatively small amount to raise. Given that the No On Prop 8 campaign was able to raise $37.6 million - or 31,464 times the cost of Duanna Johnson’s funeral - raising this far smaller amount should be no problem for our community. Right

Sloggers all by ourselves ought to be able to cover the $1195. Donate now. (Currently the site shows $0 raised. I just tried to make a donation and failed—I'm an idiot, and can't make PayPal work. So I've asked the boyfriend to go make a donation for us.)

Comments 46
Tags: Blogs Homo Queer
The Stranger depends on your continuing support to provide articles like this one. In return, we pledge our ongoing commitment to truthful, progressive journalism and serving our community. So if you’re able, please consider a small recurring contribution. Thank you—you are appreciated!
CONTRIBUTE NOW