Charles, I wrote about this very madness back at the start of this crisis in October.

What's happened, since then, is the same parasitic sociopaths have started betting on the failure of the US Government:

The recent widening in United States Credit Default Swap levels has gotten a lot of attention once it cleared the magic 100bps level intra-day.

As with any CDS-related news, you will get heated commentary in the blogosphere with a large perception of folks simply calling for all CDS trading to be banned. The general consensus appears to be “don’t the buyers of CDS realize that in the event of default by US, these contracts are not likely to be honored anyway?” This is Krugman’s line. Taleb chimes in with “It would be like buying insurance on the Titanic from someone on the Titanic”. 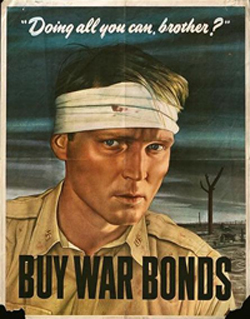 Why would one do such a thing? If these traders are successful in generating a panic, the spreads should increase, netting them a neat paper profit—as they drive us all a bit more into the iceberg.

We live in a deranged world, indeed. One of the more clever slog commenters responded to this irresponsible speculation with "pants wetting terror," continuing:

"The spreads on CDSs on Treasuries have skyrocketed, hovering above 90 basis points and occasionally passing 100.

Pardon me while I buy gold and guns."

My response? I'm probably going to buy some US Treasury I-Bonds or TIPS. Not necessarily because I believe them to be a good investment—although they seem likely to be so—but because I believe it now to be the honorable, humane and productive thing to do.

Because, if the speculators manage to sink the US Treasury—to sink the US government, and probably civilization in any sense of that word—all the guns and gold in the world won't make life worth living.

Comments 13
Tags: Blogs ??!! Economy
The Stranger depends on your continuing support to provide articles like this one. In return, we pledge our ongoing commitment to truthful, progressive journalism and serving our community. So if you’re able, please consider a small recurring contribution. Thank you—you are appreciated!
CONTRIBUTE NOW