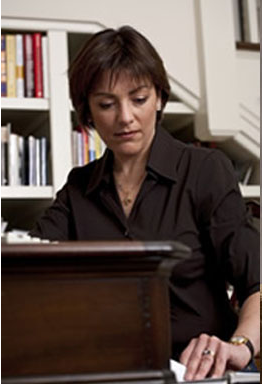 In this week's Stranger I have a short story about (and longer interview with) the new Democratic candidate for Congress in the Eastside's 8th Congressional District:

Today a tipster encouraged me to look up DelBene's voting record at King County Elections. In that record: Nine missed votes in special or general elections over the past four years.

I have never been a partisan political person. I really have been inspired by Barack Obama and the changes that we’ve made in our government and I feel like the decisions we make now are incredibly critical and I think I can help.

Yes, but about those missed votes...

I’m not a perfect person. I know everyone who runs for public office isn’t perfect. That’s about all I can say.

What will she say if (or, more likely, when) Republicans suggest that with a local voting record like this she can't be trusted to vote reliably in Congress?

I think anything I’ve done I’ve been extremely loyal and devoted. If I’m a Representative then that’s my job and I would be focused on my job.

Is DelBene embarrassed by this?

I think I said what I said earlier, which is that I wasn’t particularly partisan then. I’m not now. And we need people to make decisions about where we’re going now, and I think we should have an open forum where anyone can run for office who’s got the right skill set to help us out.

So who and what would she have voted for in the elections that she missed? For starters, Darcy Burner for Congress and Maria Cantwell for Senate in 2006, DelBene told me. How about 2005? She'd have voted no on I-912, the proposed gas tax repeal (which was ultimately rejected by voters). And what about that Washington State presidential primary that she missed in February of 2008? Delbene said she'd have gone for Barack Obama.

Why so many missed votes?

Business took me out of town a lot and that was one of my challenges in being at the polls every time.

She admitted, however, that she could have arranged for absentee ballots.