About 1000 people who are hoppin' mad that Obama became president, that the government is spending their future, and that their tax dollars are bailing out banks are wrapping up a protest in Westlake Park. They had a "Tea Party" and they call themselves "teabaggers." (More info about the event is in this post.) Here are some of the people at the event: 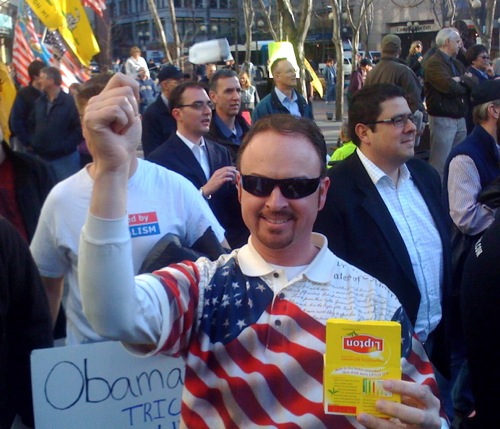 This is Brady LaMotte, holding an empty Lipton teabag box and swinging the last teabag over his head. He'd given the other 15 teabags to folks to swing over their heads. "Our government is out of control," he says. The problem, according to the Kirkland resident: "Apathy, years of it." 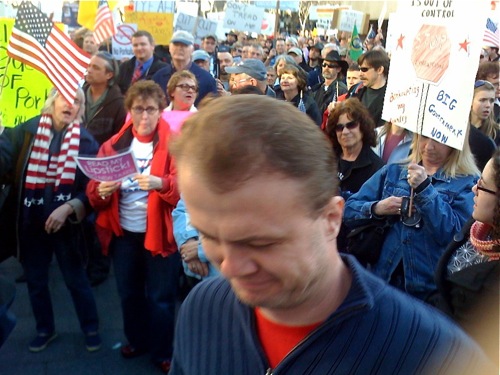 Here's a distorted photo of Tim Eyman's gigantic head as he gets on stage to ballyhoo his latest initiative. "You know what's different about this protest from other protests here?" he asks the crowd. "We are taxpayers. We are pulling the wagon. We can't trust the politicians to decide how big the tax burden should be. People should decide because we are the ones paying the bill." So true, Timmy. I'm also the one paying the bill when I shop at businesses, so I should set prices for everything I buy. Then the economy will be great. 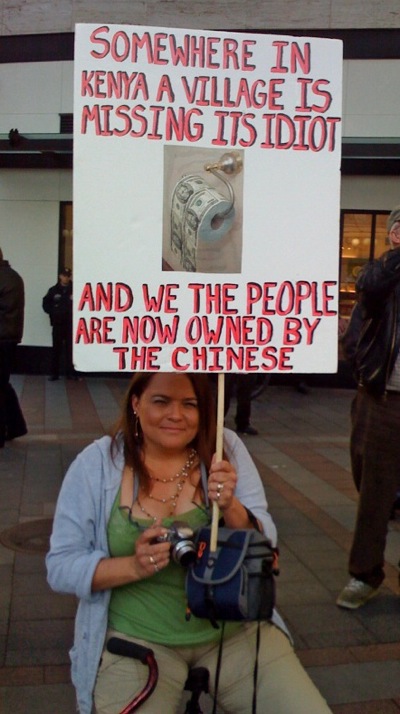 Meet Jennifer Rast. She's a ghost writer from Tacoma and believes Barack Obama is not an American citizen. "He grew up in Kenya," says Rast, who opposes funding for Medicaid. "Government wasn't put here to take care of us," she says. 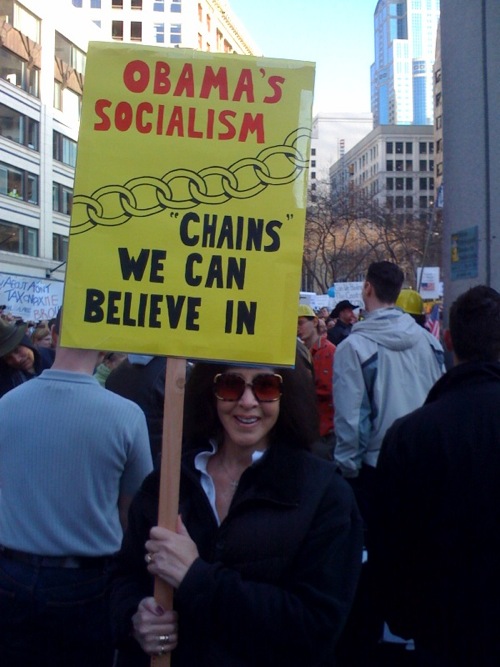 I asked Gene Mickelson, 64, how she defines socialism. "Taking the human entity down to its lowest common denominator and taking out the will to succeed." That is everything she said about socialism. 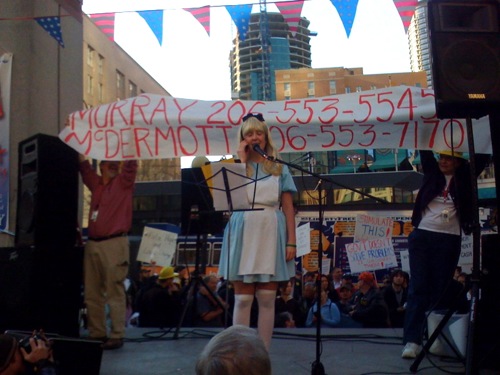 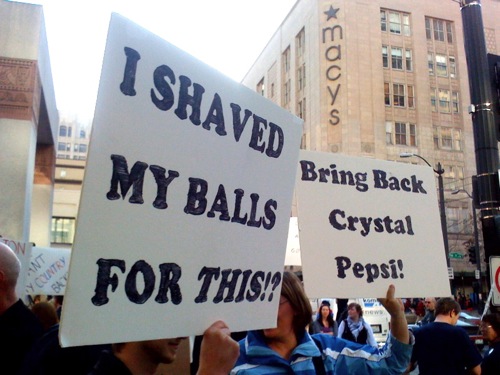 These people left shortly after they arrived.

Comments 135
Tags: Blogs City
The Stranger depends on your continuing support to provide articles like this one. In return, we pledge our ongoing commitment to truthful, progressive journalism and serving our community. So if you’re able, please consider a small recurring contribution. Thank you—you are appreciated!
CONTRIBUTE NOW