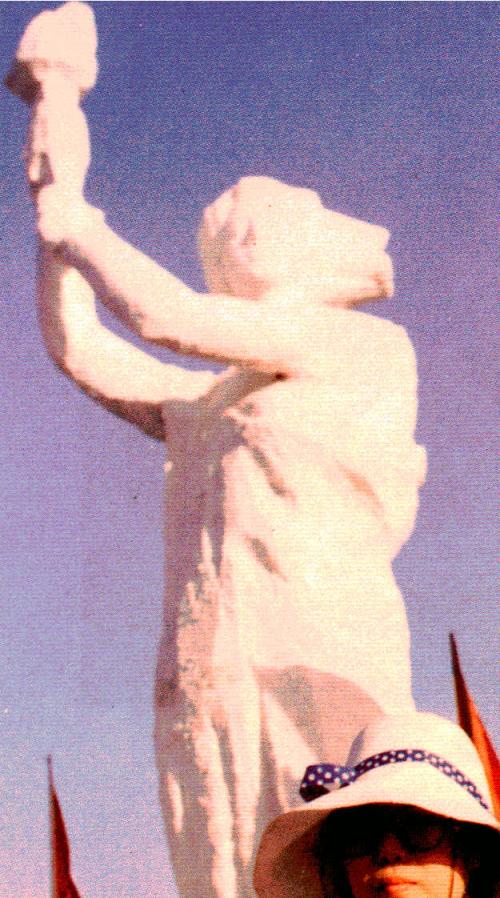 A few excellent sources exist on the events, and background that lead up to this peaceful protest and it's eventually violent end at the hands of the PLA. The Wikipedia article on the Tiananmen Square massacre, and particularly its references, are a decent place to start.

Even to this day, all the details and even the number who were killed or imprisoned is unknown. When I was a student at Johns Hopkins, I stumbled upon a collection of first-hand accounts and images from the clearing of the streets of Beijing, that I transcribed and scanned: (Some of these images are quite graphic.) 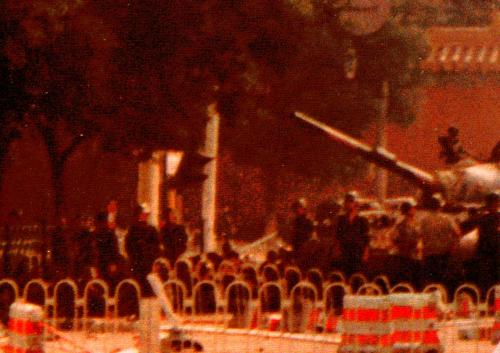 They stood there hand in hand, unarmed - the student pickets... The tanks moved forward, then paused and solders immediately dashed out, and apparently with their guns aimed at us. Many of the students swore not to give way and shouted slogans like 'Down with fascists!' 'Down with autocrats!' At this instant, the machine guns on top of the tanks were tilted down and started strafing the crowd.

All the people in the first row were instantly killed. Then followed the assault troops who raked the crowd with their assault rifles. The tanks then savagely rolled over the first row of the crowd, leaving a paste of human flesh behind its trail.... 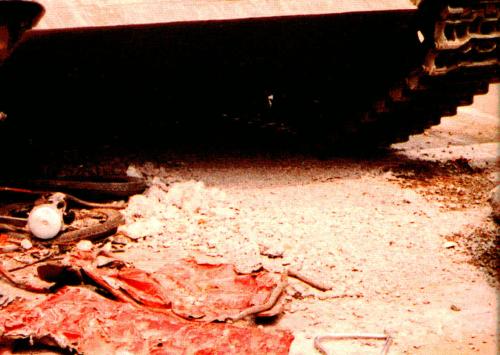 The armored vehicle approached quickly from the west. As the people were very closely packed, the vehicle simply rammed into the crowd. Immediately, I saw 8 people crushed under its wheels - their bodies were no longer identifiable... The armored vehicle moved to and fro, intending to clear the way for the troops to pass. As it had killed so many people, and as the crowd was determined to protect the unarmed students, the people used concrete stands to set up new barricades. The vehicle broke through the first line of stands, but not the second. Then the people used some iron bars to stop its wheels. Somebody lit a bottle filled with petrol, dropped it into the vehicle through its door and covered it up with huge blankets. After about 10 minutes, a soldier emerged, waving white underwear which he used as a white flag. There were four of them altogether, two of whom were old soldiers with white hair, their rank being at least above that of a lieutenant colonel. Everybody was very furious when they came out and was prepared to tear them into pieces. The soldiers said, 'We understand. We do not want to do this. But we have no choice. Please forgive us.' The people asked, 'Who will forgive you? You are murderers, you have killed so many people, you are so brutal, you must pay for it!' However, the students dissuaded the crowd from killing the soldiers, saying, 'Protect them, for if you hurt them they will have the excuse for further suppression.' —— 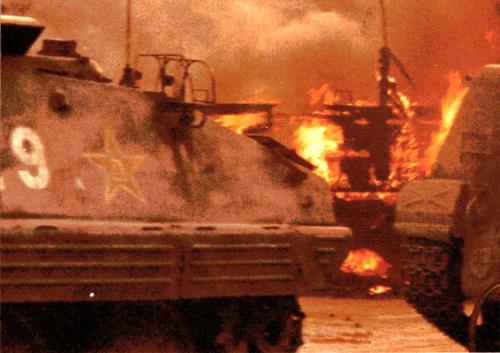 More images after the jump. 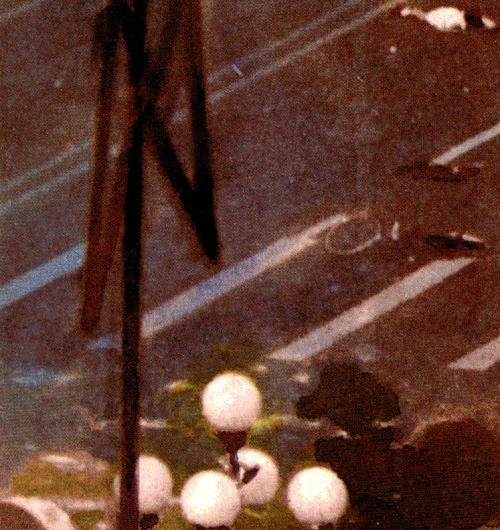 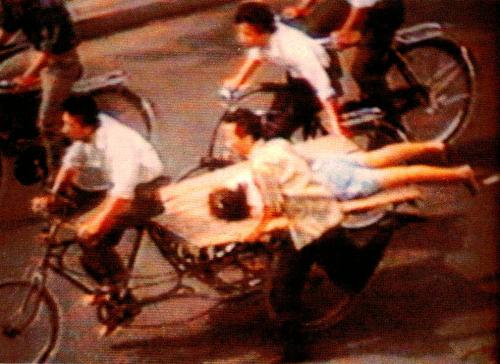 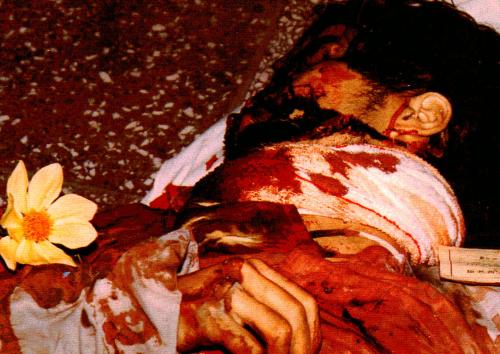 Comments 19
Tags: Blogs History
The Stranger depends on your continuing support to provide articles like this one. In return, we pledge our ongoing commitment to truthful, progressive journalism and serving our community. So if you’re able, please consider a small recurring contribution. Thank you—you are appreciated!
CONTRIBUTE NOW