Now This Is A Bike Path

Christopher pointed out yesterday that a few fading "sharrows" on the pavement makes for a pretty lousy bike path.

I agree with Christopher: that's not really much of a bike path. Sharrows are better than nothing, but not by much. They do let drivers know that the city, at least, expects them to share the road; they also remind drivers that cyclists may be present even if there aren't any around at the moment. But they don't really do that much to make biking safer for cyclists. Now check out this bike path in New York City... 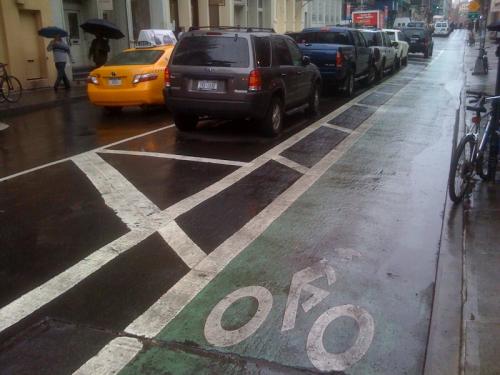 Comments 44
Tags: Blogs City
The Stranger depends on your continuing support to provide articles like this one. In return, we pledge our ongoing commitment to truthful, progressive journalism and serving our community. So if you’re able, please consider a small recurring contribution. Thank you—you are appreciated!
CONTRIBUTE NOW