The Skatepark That Wouldn't Die

Two weeks after Kate Martin demolished part of the skatepark in front of her Greenwood home, Martin says she's settled a suit filed against her by the city and is looking to bring skaters back to her block. 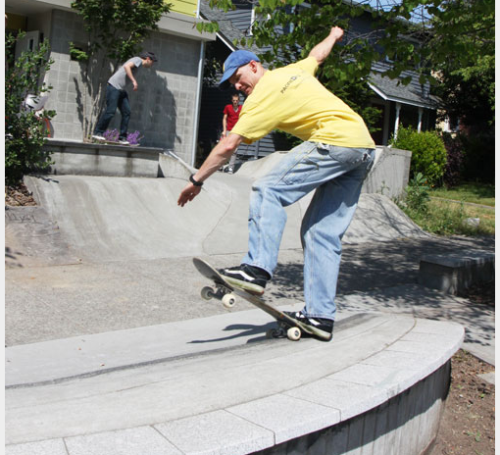 In October, the Seattle Department of Transportation (SDOT) sent Martin a letter ordering her to demolish the portion of the park that sits on the city-owned planting strip. Although 80 percent of Martin's skatepark is on her property, an 18-foot-long, 2-foot-high half-moon-shaped concrete wall—which Martin refers to as a "clamshell"—covers most of the parking strip in front of her house. The city wants the clamshell gone, but removing it, Martin says, would compromise the safety of the skatepark.

After demolishing the clamshell, Martin has settled the city's $100,000 suit for just $275. Now Martin says she will apply for a street use permit and enter into an indemnity agreement with the city, which would allow her to rebuild her front yard skatepark.

I've got an email into Martin about the status of her permit application.

Photos of the demolition after the jump. 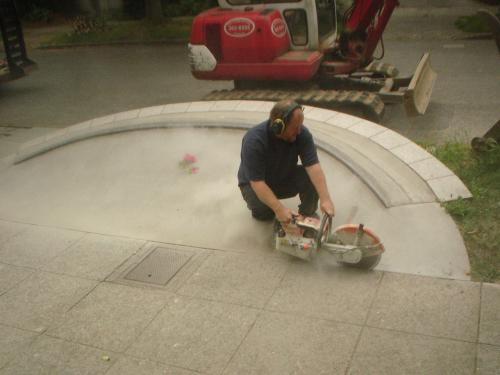 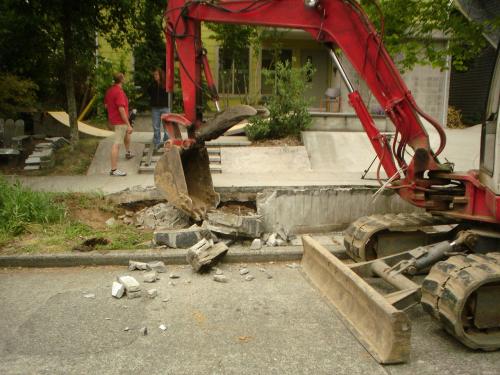 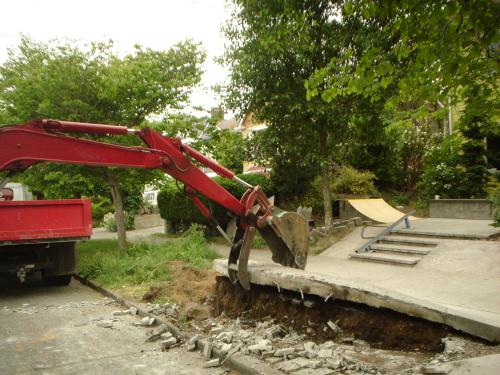 Comments 15
Tags: Blogs City Sports
The Stranger depends on your continuing support to provide articles like this one. In return, we pledge our ongoing commitment to truthful, progressive journalism and serving our community. So if you’re able, please consider a small recurring contribution. Thank you—you are appreciated!
CONTRIBUTE NOW