Where In The World Is Bryce Faulkner? 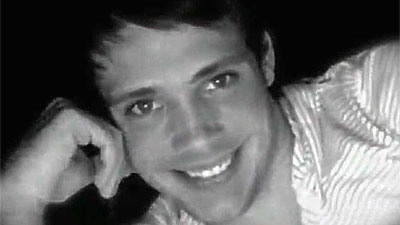 Bryce Faulkner, 23, was preparing to come out to deeply religious family in Arkansas when his mother discovered his emails to his boyfriend, Travis who lives in Wisconsin. Bryce was given an ultimatum of being kicked out of his family and put out on the street or going into ex-gay therapy. Before Bryce disappeared his boyfriend Travis recieved one last phone call on June 15th and was crying uncontrollably saying, "You should have heard the mean and hateful things they said about me. They made me read out loud passages from the Bible."

I'm not sure what to make of this case. Bryce Faulkner is 23 years-old; he's not a minor, and presumably he could flee Arkansas—and a hateful family—like so many other gay and lesbian Arkansans have before him. But family ties are powerful things and threats of being cut off financially or emotionally have driven other gay men into quack "reparative therapy" programs.

Comments 38
Tags: Blogs Homo Queer
The Stranger depends on your continuing support to provide articles like this one. In return, we pledge our ongoing commitment to truthful, progressive journalism and serving our community. So if you’re able, please consider a small recurring contribution. Thank you—you are appreciated!
CONTRIBUTE NOW