The Evolution of Culture 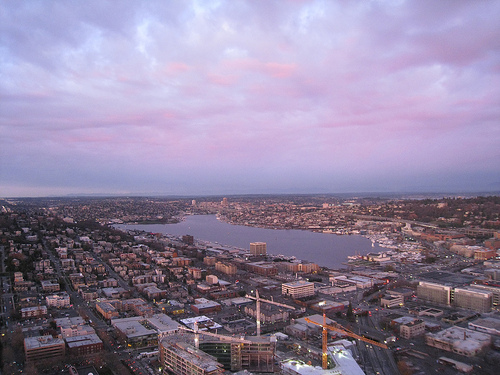 My last Pop Life notes/conversation at Hidmo ended with a description of/discussion on the inhabitant, the ideal subject of the 21st century urban cosmos. The inhabitant is much like Woese's pre-Darwinian cosmopolitan gene—the gene that allows microorganisms to thrive in this or that environment. The inhabitant is not a citizen but a hustler. In the future, there will be no workers just hustlers—people who put this and that together to make a living. The informal market is going to grow and grow. Indeed, the neoliberal ideal of a self-thriving, self-generating, emergent market may become a reality, but the direction of the pressure behind this emergence will not be from the top down (the neoliberal approach for the past 30 years) but from the bottom up. In many areas, the informal market will replace the official economy in the way Pentecostal charity has replaced the government services in major parts of the planet of slums. This thriving of the informal market of hustlers will either be endured by those in power or met with a repeat of ”Operation Murambatsvina.”


My talk this Sunday (5 pm) will begin at this point, the inhabitant, and look at that world he/she is more and more living in. This world is going through a cultural revolution. Writes Freeman Dyson:

Cultural evolution is running a thousand times faster than Darwinian evolution, taking us into a new era of cultural interdependence which we call globalization. And now, as Homo sapiens domesticates the new biotechnology, we are reviving the ancient pre-Darwinian practice of horizontal gene transfer, moving genes easily from microbes to plants and animals, blurring the boundaries between species. We are moving rapidly into the post-Darwinian era, when species other than our own will no longer exist, and the rules of Open Source sharing will be extended from the exchange of software to the exchange of genes.