What I Learned at Dino Rossi's Announcement Eve Financial Seminar

1
Ugh. The gold tie. Classic, hackneyed component of the salesman's wardrobe. Instant way to identify an asshole.
laterite on May 26, 2010 at 9:50 AM Report this 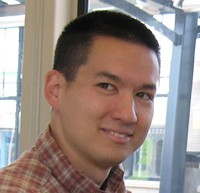 4
I'm no fan of Rossi, but there's nothing morally wrong with buying foreclosed properties. In fact, it helps support real estate prices, helping people sell out of bad situations.
Martin H. Duke on May 26, 2010 at 9:56 AM Report this

5
So support economic policies that immiserate the populace, then charge people to learn how to exploit the immiseration for their own profit.

6
wow that girl with the "help himself" sign has nice bone structure and facial symmetry. but does she have the big booty?? just kidding. kind of.

yeah fuck dino rossi. providing shelter by pricing people out of homes? what a dick.

9
Normally, Third Strike Dino would have an uphill battle.

But this year he has the massive turnout of Democrats and Independents due to the Income Tax on the Rich and the Legalize MJ initiatives, so he doesn't even have a ghost of a chance.

Kind of like what just happened in Idaho. Nobody wants the GOP retreads. Especially the liars.
Will in Seattle on May 26, 2010 at 10:57 AM Report this
10
“You’re providing shelter and you’re providing homes for people," he said. "It’s a good thing.”

Yeah, and God forbid that these people in need of shelter buy these homes at the market price, before you've purchased them, sat on them until the market rebounds, and jacked up the price for your own profit, right? How altruistic can you get?
Knat on May 26, 2010 at 11:11 AM Report this

12
@11, yes. Realty sign in the front yard = retail. Realtor™ = Retailor. Millions of foreclosed homes are subject to trading as a bulk commodity, like wheat or pork bellies, among the international gazillionaires and megabanks. They decide when, and at what price range, they trickle out for public availability. That's why Las Vegas is starting to build huge new tracts of houses again, even though--what, 9000 or so?--foreclosed homes sit empty.
rob! on May 26, 2010 at 11:46 AM Report this
13
Lol. You protesters need to find something better to get pissed off about.
on May 26, 2010 at 11:51 AM Report this
14
6
yeah,
totally bangable...
on May 26, 2010 at 12:02 PM Report this

15
I guess if you are so offended by people buying foreclosed houses at the current market value, you could go outbid these evil profiteers. Pay what the former homeowner paid for it back during the bubble instead of the current market rate. Let me know how that works out for you.

If you want to find something to criticize Valentino Rossi for, ask the simple question: What does a motorcycle racer know about being a Senator? He's a great competitor on two wheels but, honestly, is he qualified for political office?

18
Wow, the server's fucked up today.

@17, I have no interest in trying to obscure anything. I'm not part of the industry, thank dog. I know this because an adjacent house was one of the rare foreclosures in my county in the early part of the crisis. It became a health hazard/public nuisance. While trying to find out who was responsible, I discovered that it had changed hands among shadowy entities a half-dozen times before a local Retailor got the listing. Paper records in the courthouse were way behind, and never listed most of the owners.

If you can't even find the owner without hiring a private detective and a cybersleuth, it's not available to the general public, by definition. They're obviously not interested in selling to _you_ at that stage.

It's a giant pyramid scheme. The people at the top make billions by moving large amounts of product very quickly for relatively small sums. The people at the bottom (agents, owner-occupiers, landlords, "investors" [a.k.a. flippers]) make the most on a single property, but it's a grain of sand on the beach where the big boys play.
rob! on May 26, 2010 at 4:50 PM Report this