In the 34th, a Clash of Generations and Endorsements

1
Spellcheck on "Heavy", dear.
gloomy gus on June 17, 2010 at 10:07 AM Report this
2
The only thing that could make me fear the tunnel project more is if they used only in-state contractors. I want Robbins out of Ohio, please.
Fnarf on June 17, 2010 at 10:10 AM Report this
3
Joe has more Olympia experience than the other three candidates put together.

That about covers the spectrum of the top pro-environment, pro-labor, pro-equitable tax reform, and pro-LGBT civil rights activists in the House.

These Reps didn't endorse Joe because he's a cute kid. They endorsed him because they know they can rely on him to do the heavy lifting, the committee work, the relationship-building, and everything it takes to push a positive and constructive agenda.

These Reps don't endorse slackers, and they don't endorse cronies. They know that among the candidates in this race, Joe will be the most effective in pushing a wide variety of bills -- including campaign finance reform. How do they know that? Because Joe has been right down there in the middle of it, for three sessions now. He's a hell of a lot more than "somebody's assistant," and the person who made that comment knows it. 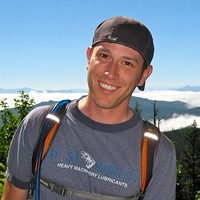 7
They're both good people.

Congrats to the 34th on having a contested race!

10
Gotta go with Mike Heavey for the hotness win.
Mittens Schrodinger on June 17, 2010 at 12:46 PM Report this
11
God I miss good journalism. It's so fundamental to a democracy, and yet so completely lacking in this article, and frankly this newspaper for several years now, which is really too bad considering the great job the Stranger did in the 90s and for a few years after. Eli maybe you're just too lazy to be good at this. You showed it on an national level with your coverage in 2008 and you've confirmed it again here. Do your homework man! Look, I'm friends with both of them, and Joe's a nice guy, but his experience in government is as a legislative aid. Marcee has actually worked to get legislation passed both as a citizen and as the President of Washington Public Campaigns. You can't just take a candidate's talking points and use them as facts. Do some of the hard work that gets at the real issues, the real qualifications and the primary issue which is effectiveness and then you'll be doing yourself and this community a favor. The rest of this is just fluff.
Seriously disappointed on June 17, 2010 at 11:29 PM Report this 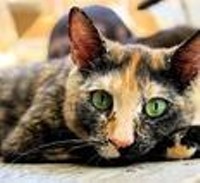 Joe Fitzgibbon has done more work on actual legislation, of all kinds, in his three years in Olympia, than Marcee Stone has done in her entire life.

That's no rap on Stone, but she has been a single-issue citizen lobbyist. Joe has worked with constituents, with lobbyists, and with other legislators, on a wide variety of bills. Not all legislative aides perform at that level, but Joe has. He is by far the best qualified candidate.