BREAKING: Some Trick or Treaters are Dicks.

Looking at KGW's site yesterday, and I saw this...

And I was like, OH COME ON! You bunch of old fuddy-duddies have nothing better to do with your time than to hassle teens trying to score some free candy? Maybe you'd be happier if they were egging your house!

Anyway, that's what I WAS thinking until I started distributing candy last night, and quickly discovered that some trick or treaters are total dicks! Evidence:

1) An absolutely adorable 3-year-old Elmo came to my door (shyly saying "Twick or tweat!"), followed no less than one minute later by a not so adorable 17-year-old Elmo. I SWEAR TO GOD. One after the other! The second didn't say anything, but glowered as he thrust his soiled pillow case toward my candy bowl. Obviously I didn't try to tickle either.

2) Two teens gals came to my door and were too busy TEXTING to say "Trick or Treat!" And again I swear the following is true: One said to the other, "Is like Caitlin coming or what?" And the other said, "She's not coming until 9 pm when the old people leave their candy bowls out on the porch." FUCK.... YOU, CAITLIN! Don't be surprised if I leave out a bowl of rat traps.

3) The doorbell rings. I open the door. Nothing. Suddenly a teen in a gorilla mask jumps out from behind the corner screaming, "YAAAAAAAUUURRRRRGGHHHH!!!" Then calmly, "Trick or treat." If it weren't for my underpants being full of feces, I'd probably be glad he wasn't texting.

Got any tales of Halloween "Dick or Treaters"? Leave 'em in the comments! 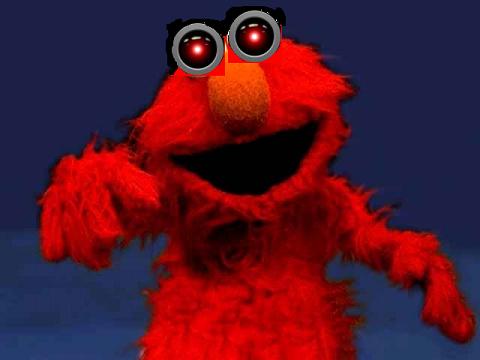 Comments 30
Tags: Blogs Life Wm.™ Steven Humphrey
The Stranger depends on your continuing support to provide articles like this one. In return, we pledge our ongoing commitment to truthful, progressive journalism and serving our community. So if you’re able, please consider a small recurring contribution. Thank you—you are appreciated!
CONTRIBUTE NOW