Today in Judging an Alleged Criminal by His Mugshot

2
Elementary my dear Schmader, it had to be the most bizarre crime of the four if it was going to make it on to The Smoking Gun. That would make a great Nick Swardson sketch too.
Gern Blanston on November 24, 2010 at 12:16 PM Report this

3
Dammit! I picked baby-seller. I knew he wasn't the temple-egger, anyway; he has too much of a chin to be a white supremacist. 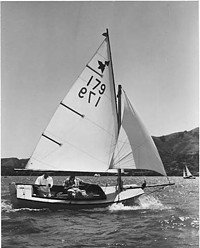 "Come on folks, haven't you ever been cut off in traffic by one of those Amish roadhogs? They're lucky he didn't molest their horse."

11
If you want to fake people out, you should suggest crimes far more flamboyant than the one the criminal was accused of. It had to be the Amish-public-dick thing, because that one was the only one that was really over the top. Baby-selling, egging Synagogues... those are a bit pedestrian.