Comedian Chris Rock is dead serious when he says that "Bullies make the world go round." During his latest appearance on "The View," Rock extolled the virtues of bullies by saying, "Only through overcompensation (from being bullied) is AIDS cured. The Empire State Building would only be four stories tall (if it weren't for bullying). If you think America is behind now, just get rid of bullies."

Given this attitude, bullying is not something that should be disparaged...it should actually be TAUGHT in schools.

Only when there is Mutually Assured Bullying will it be neutralized.
Supreme Ruler Of The Universe on December 16, 2010 at 10:57 AM Report this

2
I'm still dumbfounded that in this day and age school administrators don't take precautions to ensure the safety of their students. I guess it takes an ACLU lawsuit and that's really too bad. These people need to be fired. 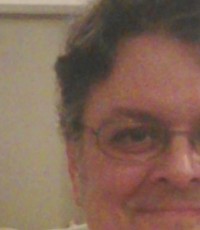 4
I can't believe that mom was able to go on. She must have other kids. If one of my kids died that way I would be completely devastated. And the only thing that would keep me here would be a surviving child.
ballard dude on December 16, 2010 at 11:18 AM Report this
5
Nothing makes my peaceful Canadian self want to go on a shotgun rampage more than stories like this. WALKED AWAY?!! Sue these assholes right back into the fucking Stone Age. I'll happily make a donation.
teamcanada on December 16, 2010 at 11:21 AM Report this

6
@1: Get off the internet and take that faggotry with you.
venomlash on December 16, 2010 at 11:22 AM Report this
7
They sure give away the lie of "loving the sinner but hating the sin" don't they. The main thing I've been thinking about all these rural teen suicides is that most likely none of them had been sexually active. Therefore, they should have been the kind of gays that good Christians love with all their hearts. Instead, they were still tormented.
gekko on December 16, 2010 at 11:27 AM Report this

10
I don't know if we, as parents, can ever really understand what our kids go through when they are bullied. I recently asked my 22 year old son, who was bullied from grade 4 to grade 6, when we pulled him out of school and then found a better one, if he thought we had supported him. I was expecting a "yes," because I had met with teachers, had talked to him a lot about strategies for dealing with the other kids, and in the spring of grade 6, pulled him out and home-schooled him until he could start grade 7 in a new school. He said, "Well, kind of..." He felt that we hadn't actually dealt with it until the day we pulled him out, that until that point, the meeting with teachers/administrators, having him see the school counselor so he could talk to her about what was happening, etc., had been nothing but window dressing, the only thing that mattered was being able to leave the school. I'm just saying this as a "head's up," that where we think we're taking all of these steps to "help," the only thing that mattered (for my son, anyway) was leaving that particular toxic environment. I think, along with the IGBP, it would be great if concerned parents knew what resources were out there that would allow their kids to either
complete school online, or do some sort of distance schooling (if a parent at home to home-school isn't an option) until a better option can be found.
Canuck on December 16, 2010 at 12:35 PM Report this

This is no place for Middlebrows.

no , its NOT your fault AT ALL. people who do commit suicide do have EXTREME psychological problems and mental health issues. usually in these cases they think if they end their life people will feel bad for them or to make you feel bad, how you’re feeling right now. just know that this person was never in his right mind and you shouldn’t torture yourself because he ‘wanted to teach you a lesson’… this is a bunch of bull, he wanted everyone to feel bad for him and to wish that they were nicer to him or whatever, but don’t give him that satisfaction because you deserve better for your life. you tried everything you could to mkae it work and he was really not in his right mind. just let go and move on , i know its hard but you have to, dont let this hold you back sweetie.

your homosexual agenda is showing

"The ACLU is calling on ALL schools—not just schools in Tehachapi—to take the five steps.

it is a great recruitment/entrapment tool.

and if you out yourself at 12 and then realize it was just a phase;

can you "un-out" yourself, Dan?

"sure you can tell people you're no longer gay. but nobody has to believe you...." Dan Savage

19
@10: Being the target of bullying is hideous. It is literally physically, mentally, and emotionally sickening. Had I had access to a pistol in the ninth grade, I would very definitely have shot several assholes to death.

There is no way that talking with teachers, administrators, or other kids' parents can change the way it feels to be trapped in an intolerable situation. Either the victim or the bullies must be permanently removed from the setting.

If we're lucky, it happens when students transfer into another school. If we're unlucky, there's often a shocked reaction of "Gee, how could this have ever happened?"

Until bullying is treated with zero - and I mean zero - tolerance, this sort of shit will continue to go on.

20
I'm not even a parent but my heart goes out to Seth Walsh's mother.

I think that every kid should have a refuge.

saxfanatic on December 16, 2010 at 2:34 PM Report this
21
OK, admittedly I work with very young kids, so it's a little different, but although it's hard to put a complete stop to bullying of the more subtle sort, or that which happens away from school, nothing is easier than dealing with basic name calling or physical hurting right in front of you. Saying "That is unacceptable, it stops now" and standing there staring them down until they slink away might not address root causes, but it's extremely easy to do, it sends a message, and it at least stops this incident.

And they don't even do THAT? The absolutely basic, easy, simple first step that should be coming as second nature to anyone who works with kids. How do they look at themselves in the mirror in the morning, knowing that they are complete wastes of skin?

23
Yeah, it was eye-opening, Margaret L, that's for sure. And I considered myself to be engaged about the whole thing, but also not wanting to just jump in and "fix" things, I wanted to try to give him some strategies for dealing with it. Parenting (not a verb, I know) in hindsight is so much easier!
Canuck on December 16, 2010 at 4:02 PM Report this
24
Having lived in Tehachapi during my high school years I can definitively say that the entire town is made up of shitheads. Moving from an air force base to that hell hole was the worst time in my life. I had had a friend who went to school with me at Edwards, and it always baffled me as to why she and her brother woke up at 5AM every morning with their parents to do the drive. It turned out t was literally not safe for them in the Tehachapi school district because they were African-American.

It is literally like someone took the worst possible example of a town straight out of the 50's and transplanted it into the middle of Southern California. I couldn't believe there could be so many completely bigoted people in one place, and of course they teach their children to be exactly like them. The one young gay man I knew only survived by leaving as early as he could, when he could legally disassociate himself from the parents who put him through shock therapy for being gay. I got out as soon as I could, and I literally feel sick to my stomach sometimes thinking about the place.

Nothing in this column surprises me about Tehachapi.
tereghan on December 16, 2010 at 11:12 PM Report this
25
My heart goes out to Seth Walsh and his family. The video brought me to tears. I couldn't help but think (and perhaps this sounds shallow in light of the tragedy of his suicide, so I apologize in advance if it does), but he was super attractive and sounded like a genuine sweetheart and probably things would have looked very different for him by the time he got to college. Which I guess is the whole "it gets better" theme. But having been his age once, and having been the victim of (non-sexual orientation related) bullying, I know that it's close to impossible to see that far ahead when you're that young. To Seth's mom, if you're reading: know that there are millions of people who support you. Tehachapi's response is deplorable and NOT OKAY. Stay strong; you have my deepest sympathies and utmost support.
fallen angel on December 18, 2010 at 10:07 AM Report this
26
And P.S. The teacher who called Seth fruity should be fired and prevented from working in the field in the future. That is completely outrageous. I have no doubt that if s/he called a student a nigger, s/he would be fired. Hate speech is hate speech.
fallen angel on December 18, 2010 at 10:11 AM Report this
27
if you go to the youtube video from Seth's mother, the comments there are horrible: "it's kind of ironic that this little gay pre-teen who was broken in the brain ended up dying of a broken neck.﻿ maybe homosexuality DOES spread!" there are a couple of comments like that that are "highest rated." can people please go to this page and like the positive comments or something so those ones don't come up at the top of the page?
nora.helf on December 26, 2010 at 8:03 AM Report this

28
According to a story today by KGET, "the bullying at Jacobsen Middle School hasn't stopped."