6
This is making me think we should donate Magic Wands to the 112th congress to use before they debate or vote on anything...
Canuck on January 6, 2011 at 8:31 AM Report this
7
Not everyone who studies bonobos in the wild -- in the REAL wild, not that "orphanage" -- agrees with the widespread view of them as simian hippies, all free and evolved and stuff. That's only been documented among adolescents who've been removed from the natural units. Because of the political conditions in DR Congo, it's almost impossible to see bonobos living truly wild, without human intervention.

The truth is considerably more complex than "The Bonobo Way" would suggest.

It's also a bit peculiar to insist that peaceful, free-loving bonobos are "more evolved" than those mean old chimpanzee bastards. They're both our close relatives. It would be just as correct to say that jealous, covetous, murderous SOBs are "more evolved", especially since that's a lot closer to the human model.

8
@6 Sadly Canuck, I don't think it would work since we're more closely related to chimpanzees than bonobos. The richest males would just fight over them and end up killing some brown people somehow.
OuterCow on January 6, 2011 at 8:54 AM Report this 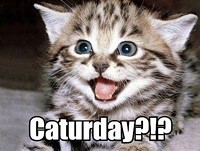 9
Bonobo's are a type of chimpanzee but we may have more genetically in common with the common (and more violent) chimp. We are not sure exactly where we stand but seeing how people act I am inclined to think violence is usually the natural state of people.
Packeteer on January 6, 2011 at 9:00 AM Report this
10
Wait a second, maybe the apostrophe is an apple!

12
You're completely right, OuterCow, what was I thinking?! Obviously, your scenario makes sense: The larger males would hoard the Magic Wands, and probably not even use them, but just display them as trophies. Sigh. We suck (but not in any meaningful way...;)
Canuck on January 6, 2011 at 9:20 AM Report this
13
I require no trigger.
m@tt on January 6, 2011 at 9:21 AM Report this

It has come to our attention that no SLOG HAPPY has been scheduled for January 2011, due, apparently, to some previous conflict on the part of certain Stranger staff who shall remain nameless *cough!*megan*cough!*

WE INTEND TO RECTIFY THIS GRIEVOUS OVERSIGHT!

We are also asking attendees bring with them a book to share, under the following criteria:

1. It should be a book you yourself have read and would recommend to someone else.

2. It should be a book you will not expect to have returned to you.

Comte, I would say that I am completely jealous you guys get to hang out and stuff, but then reminded myself that as an outsider, I would probably get the Seattle Cold Shoulder, or whatever it was you described in a much earlier comment... ;) (I also, realize that adding a pseudo-emoticon will forever ban me from the cool kids ranks anyway) If I were bringing a loved book to give away, it would be The Lost Continent by Bill Bryson.
Canuck on January 6, 2011 at 10:17 AM Report this

But then, it wouldn't be SLOG without at least one major typo, now would it?

In reality, there's no such thing as the "Seattle Cold Shoulder", that's just some stupid meme concocted by a bunch of asshole out-of-towners who were probably just as socially ostracized in whatever cities they moved here from thinking nobody in Seattle would notice what jerks they were in the first place.

ALL SLOGGERS are welcome - and encouraged - to attend SLOG Happy - even Bailo, LC and the like (not that they'd ever show their actual faces), and, as has often been the case, you would find we're much more likable in person than our online profiles/personalities might suggest.
COMTE on January 6, 2011 at 10:47 AM Report this

23
COMTE: I can't even imagine meeting all of you in person, now that I have such firmly established imaginary pictures in my head (gloomy gus=Benedict Cumberbatch, Fnarf=a young David Niven in a smoking jacket, Seattleblues=Archie Bunker, COMTE=hmmm, I'm thinking that avatar is a tattoo on your arm, and you are tall and dark haired, and act gruff, but drink pink wine coolers in private...)
Canuck on January 6, 2011 at 11:04 AM Report this
24
Canuck, for accuracy's sake, think "Benedict Cumberbatch/Paul Rudd hybrid, aging less gracefully than he would wish".
gloomy gus on January 6, 2011 at 11:24 AM Report this

25
Sigh, Paul Rudd is practically perfect, gus...I knew my active imagination would not let me down!!
Re: the aging? My secret...red wine and a really good moisturizer morning and night.
Canuck on January 6, 2011 at 11:29 AM Report this

26
@22 so if I bring some green apples do I get to fuck everybody?
wisepunk on January 6, 2011 at 11:30 AM Report this
27
See @23, this is precisely why the F2F meetings of SLOG Happy are so illuminating. For instance, if you were to meet me in person you would discover that the tatoo is on my left calf, I am short, balding, quite congenial, and tend to drink brown liquor - Scotch, bourbon and occasionally rum - pretty much anywhere.
COMTE on January 6, 2011 at 11:32 AM Report this
28
@26:

Woot! Canterbury on the 13th & all unclaimed books brought to share will be sent to Megan.

32
Comte, the best plans and all that.
On my way home last night I remembered that I have class at 7pm, and the schlep from First Hill to Canturbury back to Pike might be too much for me.
I'll try to make it, but I might not be there long.
Enigma on January 6, 2011 at 11:54 AM Report this
33
@26, green apples may get you nowhere, but at the Canterbury if you just rattle the change in your pocket loud enough, an alky willing to suck your dick for a beer usually materializes pretty quick.
gloomy gus on January 6, 2011 at 12:01 PM Report this
34
@29:

Actually, leather jackets ARE an essential part of my wardrobe..
COMTE on January 6, 2011 at 12:05 PM Report this

BUKAVU, Congo — Denis Mukwege, a Congolese gynecologist, cannot bear to listen to the stories his patients tell him anymore.

Every day, 10 new women and girls who have been raped show up at his hospital. Many have been so sadistically attacked from the inside out, butchered by bayonets and assaulted with chunks of wood, that their reproductive and digestive systems are beyond repair.

“We don’t know why these rapes are happening, but one thing is clear,” said Dr. Mukwege, who works in South Kivu Province, the epicenter of Congo’s rape epidemic. “They are done to destroy women.”

Eastern Congo is going through another one of its convulsions of violence, and this time it seems that women are being systematically attacked on a scale never before seen here. According to the United Nations, 27,000 sexual assaults were reported in 2006 in South Kivu Province alone, and that may be just a fraction of the total number across the country.

“The sexual violence in Congo is the worst in the world,” said John Holmes, the United Nations under secretary general for humanitarian affairs. “The sheer numbers, the wholesale brutality, the culture of impunity — it’s appalling.”
on January 6, 2011 at 1:48 PM Report this

Children of rape are latest legacy of Haiti quake

By Jonel Aleccia and Meredith Birkett
An msnbc.com Special Report
1/6/2011

A year after Haiti’s devastating earthquake, women in Haiti’s still-teeming tent cities face yet another threat: sexual violence. With little protection from community or law enforcement, many have been violently raped, only to become pregnant with their attackers’ children.

Photojournalist Nadav Neuhaus traveled through Haiti’s tent cities last summer, photographing and interviewing dozens of residents in the camps that still house more than 1 million people. During a visit to Camp La Piste, home to 50,000 displaced people, Neuhaus noticed an unusually high number of pregnant women. A community organizer and a local midwife confirmed his worries: Many of the women were pregnant as a result of rape.

They came to Camp La Piste after losing parents, brothers and husbands in the earthquake, leaving them to fend for themselves in the sprawling squalor, where roving gangs of armed men terrorize residents.
on January 6, 2011 at 2:39 PM Report this

"It has been estimated that during the Bosnian War between 20,000 and 50,000 women were raped. The majority of the rape victims were Muslim women raped by Serbian soldiers. Although men also became victim of sexual violence, war rape was disproportionately directed against women who were (gang) raped in the streets, in their homes and/or in front of family members. Sexual violence occurred in a multiple ways, including rape with objects, such as broken glass bottles, guns and truncheons."

So does that mean that blacks in the USA are in an undeclared war against whites?
on January 6, 2011 at 4:02 PM Report this
44
There is no war going on in South Africa

More than one in three South African men questioned in a survey admitted to rape, the latest evidence in the country of a violent culture of patriarchy.

Researchers found that more than three in four men said they had perpetrated violence against women.

October 22, 2009
Rape Troubles Nearly All in South Africa
Nearly all call it a major problem; more than one in four seek death penalty for offenders
by Christine Delmeiren

WASHINGTON, D.C. -- A Gallup survey of South Africans conducted March 21-April 7, 2009, reaffirms the extent to which the issue of rape plagues the country -- with 97% of residents calling it a major problem.

The Gallup survey results add to statistics from Interpol estimating that a woman is raped every 17 seconds in South Africa, and that one in every two women will be raped in their lives in the country. According to Interpol, South Africa has the highest number of declared rapes in the world, with nearly half of the victims younger than 18.

In a recent survey conducted by South Africa's Medical Research Council in KwaZulu-Natal and Eastern Cape provinces, one in four men admitted to having raped someone, and nearly half said they had attacked more than one victim. The report also found acts such as gang rape to be common because they are considered a form of male bonding, or a way to prove one's manhood or power.
on January 6, 2011 at 4:08 PM Report this
45
http://blogs.reuters.com/photo/2010/03/0…
http://tinyurl.com/yjrtchk

"South Africa has the highest rate of rape in the world, including child and baby rape, with one person estimated to be raped every 26 seconds, according to aid groups and local organizations.

In Khayelitsha, a sprawling, crime-ridden township of more than 500,000 people, many of the victims are children under the age of 10. "

"Every day the newspapers bring awful revelations: a nine-month-old girl gang-raped by six men; an eight-month-old raped and left by the roadside. "

Serbs are white-trash, genetically speaking. I'm racist against them too.
on January 6, 2011 at 4:36 PM Report this

47
Keep fucking that chicken, troll.
Backyard Bombardier on January 6, 2011 at 7:18 PM Report this
48
Wow, what an amazing insult! Your awesome insult somehow magically made all the facts that blacks commit rape and murder at extremely high rates just vanish! Like magic!

Every year, over 37,000 white women in the USA are raped or sexually assaulted by black men. Less than ten black women are raped or sexually assaulted by white men annually in the USA. USDOJ and FBI stats. Look em up, naive white libtard.
on January 6, 2011 at 7:59 PM Report this
49
"Backyard Bombardier" lives in fucking Vancouver BC. No wonder he is so naive and uninformed regarding the FACTS about blacks. He probably almost never even sees any, let alone has to be around them for any significant length of time!!!!

Move to blackest inner-ring Detroit or some other black-majority, black-run paradise and then get back to me, naive sheltered white libtard.
on January 7, 2011 at 7:28 AM Report this