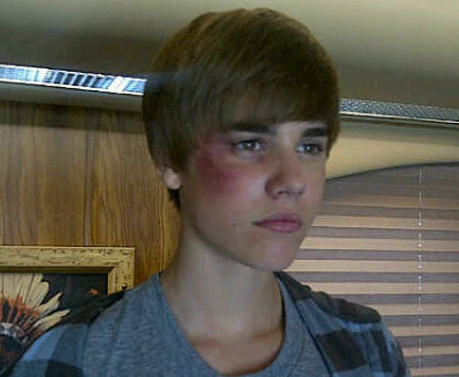 NOBODY PANIC!!! In the appropriately titled article "Badass Bieber"—stop laughing, you guys—The Sun reveals that Justin Bieber's totes attractive shiner is actually just MAKEUP. And not the kind he sometimes wears. This is makeup for his television return to CSI, where he reprises his role as troubled teen Jason McCann—and if he doesn't get an Emmy for this one, there is no god. (What's that? There already isn't a god? Oh. Then in that case, if he doesn't win an Emmy, there's no such thing as hot dogs.) READ MORE HERE!

Big hat tips to tipper Evanne who passed on this hilarious tidbit about a possible upcoming New Yorker cover featuring a cubist Justin Bieber! EEEEEEEEEEE!!! Wait. No. EWWWWW!!! Wait. No, I was right the first time. EEEEEEEEEE!!! (I gotta get this on a t-shirt!) 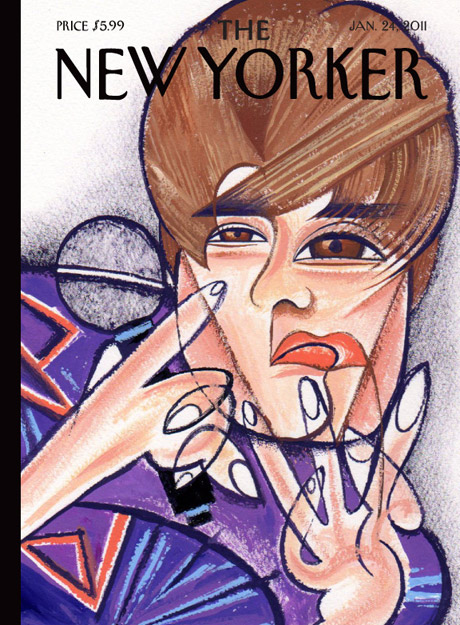 Also! Rumors of a Glee "Bieber-themed" episode are a bunch of malarkey, though the show will feature a Beebs song in episode 13, which I'm sure they will promptly ruin, because that's all Glee does these days—ruin things.

Comments 8
Tags: Blogs Bieber Fever Wm.™ Steven Humphrey
The Stranger depends on your continuing support to provide articles like this one. In return, we pledge our ongoing commitment to truthful, progressive journalism and serving our community. So if you’re able, please consider a small recurring contribution. Thank you—you are appreciated!
CONTRIBUTE NOW