1
Those are so funny, especially like Jackie Beats and the statue. (When are you submitting yours??)
Canuck on January 13, 2011 at 11:47 AM Report this

2
So great! My mom had this bag of "Dress-Up Clothes" for us to play with, and I almost always chose this long pink shawl. I don't think we have any photos of me wearing it, though. Sigh...
very bad homo on January 13, 2011 at 11:50 AM Report this
3
Just marvelous. My mother made a photo album of her favorite pics of my childhood that included a chronological series of a dozen pics taken between ages 3 and 9 in which the next door neighbor boy and I are sitting devotedly together, sometimes arm in arm or gazing into each other's eyes.
gloomy gus on January 13, 2011 at 11:51 AM Report this 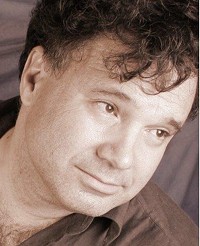 Great pictures Dan, where is yours? Terry needs to re-post the "hair" picture. He's standing by his car I think and he has a blue jacket on and he's going to a dance? Imagine that, Terry going to a dance. LOL
despicable me on January 13, 2011 at 12:31 PM Report this

8
Well come to think of it these are all younger pictures. How about the one of Terry in his little red jumper on roller skates? He posted a bunch of different pictures at one time and they were adorable.
despicable me on January 13, 2011 at 12:34 PM Report this
9
Doesn't this reinforce stereotypes, though? Not that there's not some truth to the stereotype of the flaming gay guy, but this doesn't seem exactly fair to the sports-lovin' butch gays.
on January 13, 2011 at 12:45 PM Report this

10
I read BORN THAT WAY, saw two photos of a distorted child and thought the kid was born with the inability to keep his tongue in his mouth...
sirkowski on January 13, 2011 at 12:49 PM Report this
11
When I was six, my mother let me choose the pattern and wool for her to knit me a new sweater. I chose a pattern with a collar and a little striped tie. And shocking-pink wool. I don't remember her batting an eyelid, and I loved wearing that sweater. Thanks, Mum, you were the coolest!
FeralTurnip on January 13, 2011 at 12:52 PM Report this
12

Not all gay men were sissy boys, but almost all sissy boys grow up to be gay men.

And most gay men outgrow the sissy stuff. Not that there's anything wrong with gay men who don't.

15
Dan, nothing at all wrong with that and I apologize if you or Terry thought that was my implication. I was simply remembering some adorable pictures Terry had posted of himself as a kid. Sorry for the mix-up.
despicable me on January 13, 2011 at 1:22 PM Report this

17
This website is awesome! Fun and politically poignant at the same time.

20
I'm visiting my folks in a week and I WILL be digging through their photo albums for incriminating documentation of my budding fabulousness. Watch out!
Nofo on January 13, 2011 at 2:09 PM Report this

23
Awesome, but it proves nothing one way or the other about which kids are or aren't gay. Except perhaps that straight boys discover these photos of themselves when they're 14 or 15 and destroy them, and gays keep them.

But whatever. Anything that lets kids be themselves without anybody shaming them is good in my book.
The Wretched Harmony on January 13, 2011 at 2:21 PM Report this
24
I don't think there are any photos of me that hint at anything, unless you count the one of me at about 18 months old, sitting in a tree wearing a frilly dress, with cast on my arm because I'd fallen off of a swing set a few weeks before. That's still me, girly exterior but totally a tomboy under the surface.
moi on January 13, 2011 at 2:27 PM Report this

25
What a joyous way to celebrate both the child you were and the adult you became. Yes, celebrate!
samanthaf63 on January 13, 2011 at 2:59 PM Report this
26
The little dykelet on her daddy's bike is just as cute as cute can be. She's probably just as sweetly adorable (and by that, I mean, freakin' badass) rocking a good motorcycle jacket and chrome now.
slinky on January 13, 2011 at 3:27 PM Report this

I think Dan was responding my post regarding encouraging stereotypes. I totally understand what you mean, Dan; I guess I'm just thinking of the occasional gay-in-transition that could be further confused if s/he doesn't have this kind of a history.

Of course, if you try to account for everybody's opinion, then you'll never be able to express your own. So you might as well have fun!
on January 13, 2011 at 6:23 PM Report this
29
Love it!
drcme on January 13, 2011 at 6:34 PM Report this
30
I watched the video about Dyson, the princess boy, from BTW's videos section. It was a really cute video! I don't know what possessed me to look at the YouTube comments, however, but I literally had to get offline before I blew a gasket on the whole lot of crazy people spouting their insane opinions. Some even claimed that white people are trying to ruin black men by making them "gay and soft". I don't know what else I expected, I guess.

Everyone knows that looking at YouTube comments is like fucking without a condom: if you go there, you deserve what you get. But goddamn, I could barely believe the sheer amount of stupid.

Anyway, Born This Way is absolutely adorable and heartwarming. I love the first celeb same-sex crush section, but the actual stories behind the photos are the best. I can't wait for more photos!

32
I think it's a cute idea, but the entire concept that a person "looks gay" or has "gay mannerisms" is fucking bullshit. I think gay people think this, too. I have known plenty of guys who like showtunes and choir and musicals who aren't gay. I know plenty of straight guys who wear pink and purple. My cousin used to wear plastic stickon earrings and painted his nails while playing with his sister, me, and my sister, and he's now married and serving in the armed forces. A man's man. Not gay, not trans, not confused about his gender. Just playing with the same toys his three female relatives played with.

So while the site looks like a fun and funny way to make fun of people who used to be dorky kids, it's not proof of anything.

You can't use the same argument two different ways to suit yourself best. That, my friends, is hypocrisy.
Rach3l on January 13, 2011 at 10:32 PM Report this
33
I love this! My early celebrity crushes are very similar to the ones of the men here who are around my age. I think I had that same Andy Gibb poster.
Ms B on January 14, 2011 at 6:41 AM Report this

@Dan (along the lines of Rach3l's comment): I don't think it's so much that most sissy-boys grow up to be gay (though maybe they do, there's probably a study somewhere) as it is that our culture doesn't have the category "straight sissy": all sissies are defined as "gay", to the point where no one will believe that the faggy lisping theater kid isn't really straight, no matter how much he likes eating pussy. There may well be a weak correlation indicating that genetics and/or prenatal environment plays a role in how sexuality develops, but it's definitely not ALL "nature". The assertion, "It is NATURE, not nurture" is not only incorrect, it represents a fundamental misunderstanding of how human traits develop: almost nothing is either 100% nature or 100% nurture. It's simply not an either/or question: there are different influences, some of them physical, some social, some genetic, some environmental, that influence who human beings are as people and it's almost impossible to disentangle these influences and identify ONE or even a single category that is responsible for a given trait (actually, it's completely impossible, as every study takes place within a cultural context, wherein the bounds for what determines a given trait - what we're considering "White" vs. "Black" skin, what we're considering "blue" eyes vs. "green", what we're considering "diabetic" vs. "normal" blood-sugar maintenance, what we're considering "male" vs. "female" etc. - is a culturally-determined value). While there certainly may be genetic or physical environmental influences that dispose a "male" person toward desiring "men" as sexual partners within a given cultural context, this is not genetically determined for anyone (and this should be patently obvious once one realizes that there are "gay" people from all sorts of genetic backgrounds, and that the sexualities of people with similar or even the same genes are not identical). B if and only if A: determination/cause; if A then B: strong prediction/correlation; if A then more likely B: weak prediction/correlation; If A then maybe B at the same rate as in the general population: no correlation.
John Horstman on January 14, 2011 at 6:56 AM Report this
35
really, Dan? Almost all sissy-boys grow up to be gay men? Gendered behaviours are performative, not innate. Do we need to reread our Judith Butler, sir?
Caralain on January 14, 2011 at 1:53 PM Report this
36
I love the site, nothing makes me happier than seeing little kids being whatever they want to be.

And I believe, no argument, that gays are born that way.

But - but these pictures don't really say what some people seem to think they are saying. I work with little kids, and have for the last 12 years. The reality is that most little boys like to put on a swirly scarf and dance now and then. Some grow up to be gay, and most grow up to be straight.

My estimate would be that about 20-40% of boys are the real butch "all boy" types, and about the same number of girls are very gentle and ultra feminine. Most kids fall somewhere in the middle, just havin' fun.

I was thinking about this site just before I left work today. I was in the preschool room - ages 3 - 6. Two girls were in the house centre, giggling madly over some fool thing they were doing with the plastic dishes - not really playing house, just playing. One girl was by herself in the block centre. Two boys and a girl were playing the Strawberry Shortcake game. One boy was playing Disney Yahtzee by himself, chatting with a girl who was creating an undersea scene on the sticker mat. One boy was wandering around getting into trouble.

Of our whole preschool population, I'd say three of the boys really fit the stereotype of butch little boy, out of nine. Only two girls, out of ten, are stereotypically feminine. All the rest, fourteen kids, could have posed for any of the pictures on this website - beautiful quirky little individuals who don't fit into anybody's slot. A few of these kids, maybe as many as three, will likely turn out to be gay, but most of them are straight.
agony on January 14, 2011 at 3:28 PM Report this
37
really, Dan? Almost all sissy-boys grow up to be gay men? Gendered behaviours are performative, not innate. Do we need to reread our Judith Butler, sir?
Caralain on January 14, 2011 at 3:31 PM Report this
38
Dan's citing of my blog was the first major press to start the avalanche of people sharing it online! And that ultimately led to the interest in putting out the book, which celebrated it's first anniversary on October 9th! So THANK YOU again, Dan! xo - Paul V.