Hey Seattle Times... I Dare You to Editorialize on Wisconsin!

1
Back in aught-whatever, before the newspaper strike had officially even begun, the Fascist Times boarded up all their windows in anticipation of...what? Firebombing? It spoke volumes about how they felt about their own work force. The Blethens can't sleep well, given such irrational fears.
TVDinner on February 21, 2011 at 1:57 PM Report this
2
The truly mind-boggling circumstances of the Wisconsin Walker (Gov. Mubarrak?) ploy, is its similarity to Nazi Germany and the Third Reich.

When Hitler first took power in pre-WWII Germany, he instituted a state of emergency and outlawed the unions.

When one peruses this legislation from Wisconsin's Gov. Mubarrak, there is a passage in it which allows the governor to declare a 15-day state of emergency, during which time he can fire any and all union workers.

We've long since reached the state of fascism in the USA.

(Wonder if he's related to the psycho looney General Walker, who was urging on crazed armed vigilantes to attack the US Marshals protecting the first Black-American college student at the segregated University of Mississippi, James Meredith, forcing then President John F. Kennedy to order a nearby Army Lt. to go to the rescue of the marshals during the ensuing gun battle.

That General Walker was later temporarily institutionalized by JFK, but some friends of Walker's in high places got him sprung. A few months later, that same retired Army general would claim that Lee Harvey Oswald had attempted to assassinate his rightwing tool butt from only several feet away and miss!

3
Whenever you bring up the $134 budget deficit, as a responsible journalist, you should also mention that there was no deficit when Gov. Walker took office. The "deficit" was entirely one of his own making.
Some Old Nobodaddy Logged In on February 21, 2011 at 3:05 PM Report this

4
Wow. Already fulfilling Godwin's Law on the second comment.
TVDinner on February 21, 2011 at 3:05 PM Report this 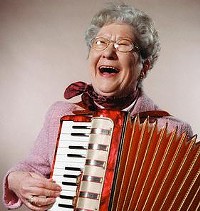 5
@3: There's misinformation about Wisconsin having a budget surplus for 2011, which was repeated on Rachel Maddow.
http://politifact.com/wisconsin/statemen…
polkaparty on February 21, 2011 at 3:20 PM Report this

6
but would the Seattle Times be for a no-bid fire sale of state owned utility plants, ala???

why yes, I'm pretty sure they would. Bastards.

9
I love this whole story. However, I can't imagine any scenario under which Walker will back down. Wisconsin recall rules say he's immune for his first year, so that's no threat. I wonder if there is any campaign to recall any of the other Republicans in the Wis. legislature.

A new poll from the Washington-based Clarus Group asked:

That includes 42% of Democrats, and an overwhelming majority of Republicans. Only 49% of Democrats think public workers should be in unions at all.

That's on the fundamental right to organize, before you get to wages and benefits. And that puts Scott Walker in a pretty good political place.

Walker's created this crisis with his pandering to the Koch Brothers.

14
@12...you're not going to learn critical thinking skills at tea party rallies, sonny.
Rujax! on February 21, 2011 at 8:41 PM Report this
15
I voted for Obama and like his centrist policies, from taxes, Afghanistan, no state-run health system, his refusal to play ball with green extremists. You're the ones he's thrown overboard.
on February 21, 2011 at 9:09 PM Report this

Yes, there is a campaign to recall the Republican legislators who have been in office more than a year. This is one link that I've seen being circulated.