1
I dunno, I always had good luck with bending the ex over the back of the living room sofa. Not a lot of back strain there. Wanna make it even more fun? Tie her arms and legs to the legs of the sofa. Good stuff.
Fifty-Two-Eighty on April 14, 2011 at 4:58 PM Report this
2
Look fake to me. This guy is practicing for submitting something to Penthouse.
peteinjapan on April 14, 2011 at 4:59 PM Report this

5
That guy gets so hard thinking about the time he wrote that letter.

6
I think more info is needed on the inverted-comma-back-injury incident. How big was the enclosed space? Who was doing the inverting? etc, etc.
heartofgold on April 14, 2011 at 5:18 PM Report this
8
I know a guy who used to play drums for the Incriminating Eyebolts.
Fnarf on April 14, 2011 at 5:26 PM Report this
9
"I just had a general question...." (re-read, after getting through the whole thing.) LOL

EricaP on April 14, 2011 at 5:27 PM Report this
10
Also - to go beyond the LW's question, to what I think is really motivating the letter... I think they are bored after sixteen years. Bored, bored, bored.

Personally, I think they should think beyond other positions, to new fantasies, new cities, new clothes, new orientations. Live a little.

I suggest you spend more time seeking an additional income from a second job or by building a "no update" website as you should be thinking more about college funds and less about muff diving.

and put our sling on it with climbing straps from Second Ascent (hi, boys of Ballard); The best sex toy EVER and when company or the cable guy comes by, we take the sling off, put a 5 pound hand weight on one of the hooks and voila, we look athletic.
Womyn2me on April 14, 2011 at 5:39 PM Report this

With that in mind...

For when you're both really into it, it sounds to me like cowgirl is the obvious thing to try. Everyone's hands are free, and you can achieve a wide range of angles (including a similar angle as from behind). In this position It's also similarly possible to "get movement by just moving her hips"... sorta... if you do it just right.

I've come to view cowgirl and rear-entry as anatomically and emotionally complimentary -- the former for long drawn-out occasions that, with practice, should lead to multiple orgasms for at least one partner, with the latter being more for quickies (as described), rough (@1) or just fucking hot.

20
Anything that allows you to stand up. She can do downward-facing dog (the yoga position) while you stand behind her and go at it. Or put her facedown on the kitchen table or counter.

21
I learned the other night that during doggy style, do not press too hard on the center of her back. I ended up giving her a chiropractic adjustment. The crack her back made scared me! Did not miss a stroke, however.

Doggy style does work well for her. Another position that is usually successful does not. As Dan said, different strokes for different folks.
gttim on April 14, 2011 at 7:18 PM Report this

There is nothing wrong with our relationship and sex life; more sex from my point of view would be nice but whatever.

By "fastest" I mean we both reach climax the quickest when making love this way; depending on the amount of foreplay, it can be as short as under a minute to no longer than 5 minutes.

I don't think this letter is necessarily a fake, but AHH is certainly giving off contradictory vibes through his word choice, especially from initially saying there's "nothing wrong" to a wistful wish for "more sex" and then to a futile and resigned "whatever", amazingly all squished into one sentence only.

And then he calls regular 1-5 minute quickies "making love". I get the impression that AHH and Mrs. AHH stopped "making love" years ago and are now concerned only with achieving predictable orgasms as quickly as possible and then moving on to the next item on their coupled agenda. Perhaps when the kids were underfoot, they could only spare a few minutes here and there, but that's not the case now.

As much as it's pleasureable and reassuring to know that orgasms can be procured easily in certain positions, there's something magical about introducing a quirk here and there ... from sexual teasing to temporary orgasm denial to role playing to other flights of the imagination.

I think AHH is deceiving himself if he thinks he's describing his married sex life as happy. Turn to Mrs. AHH and ask, "Honey, why are we in such a hurry? It's not as if we have to watch TV show XYZ in 10 minutes." Throw the time-clock out of the bedroom and learn to enjoy the ebb and flow of sexual pleasure unique to each encounter.

As for positions to avoid putting undue strain on his body, there are books now on sex for disabled people. He may not be disabled, but he can gain some valuable tips that he can adapt for his own situation.

Mr Man has issues he doesn't even know about. 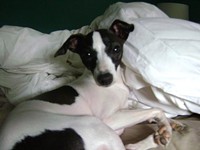 All those details for 1-5 minutes?

"Dear Mr. Advice Columnist, I have really great quickie sex in one preferred position but can you give me another one so that it's also done in 5 minutes and I don't have to strain myself?"

I don't think I've ever come so hard.

Yes I did hurt my back

Yes my wife does like things despite THAT position being over quick, as I am serious in that its very quick, especially after extended foreplay. When I am the only one getting off I believe there is a term Dan has for this; GGG. We have different sex drives some times my wife is willing but just does not care if she gets off. People have to have seen enough letters to Dan on the subject of different sex drives between spouses over the years to believe that one at least.

Lastly no tissue was sacrificed before, during or after the writing of the letter to Dan.

The pillow sounds useful, thanks Dan!

34
@33 Glad to know you're real! And fwiw, if you don't want a big ol sex wedge sitting in the corner of your bedroom, meditation cushions are often of a similar shape and firmness, and less incriminating during dinner parties...not that I personally know anything about this, it's just something I've noticed...ahem.
Canuck on April 15, 2011 at 7:24 AM Report this

Does your wife know you wrote in? Have you discussed if she also wants to find another position for quick orgasm? I'm not clear if this is a medical need or a fetish for you, but if it's a fetish, then you might consider that GGG is supposed to go both ways, Maybe some sessions should involve lengthier intercourse if that's what she wants and assuming you can find a comfortable position.

Yeah, I recommend they try a new position. Pay for a babysitter and go pick each other up in a bar to fuck in the back alley. :)