Behold the performance that Larry Mizell Jr. called "not bad" for a white rapper and earned city council incumbent Tim Burgess a whopping 78 percent of the audience vote at last night's Candidate Survivor.

Plus more photos from last night's talent showcase after the jump.

(All photographs courtesy of Kelly O, except for the one that looks like it was shot by a drunk fish.)

Rasmussen challenger Dale Pusey singing "Rivers of Babylon" with backup from a banana grabber. Pusey lost to Rasmussen with only 42 percent of the vote. 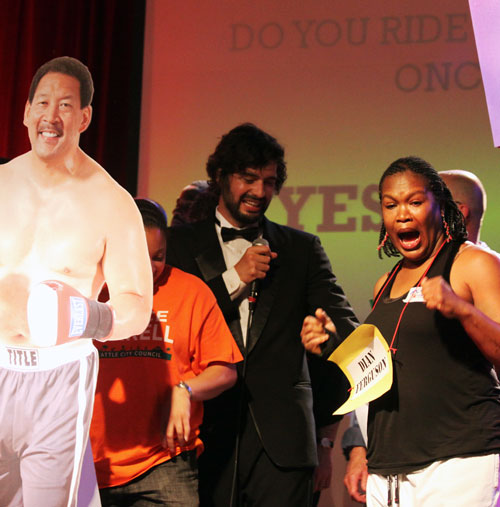 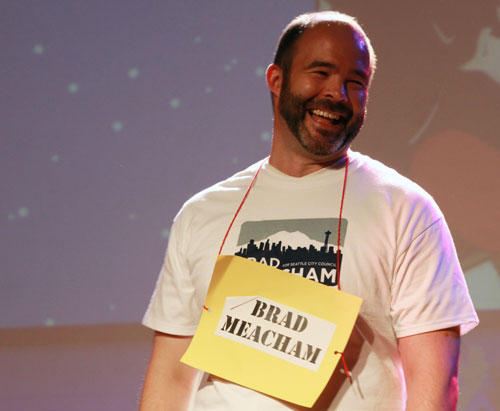 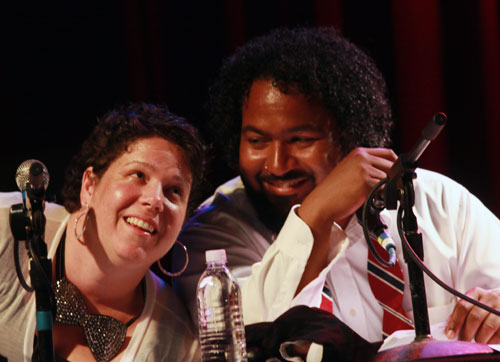 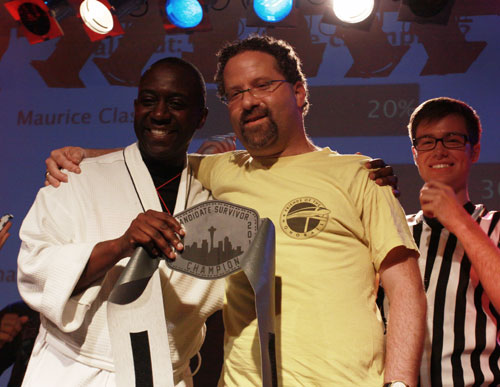 Comments 10
Tags: Blogs City Politics
The Stranger depends on your continuing support to provide articles like this one. In return, we pledge our ongoing commitment to truthful, progressive journalism and serving our community. So if you’re able, please consider a small recurring contribution. Thank you—you are appreciated!
CONTRIBUTE NOW