At HUMP! even the ballot boxes get in on the action...

All of today's shows—4, 6, 8, 10, and Midnight—are sold out, but there are rush tickets available before each show. Last night we were able to get almost all rushers in. So if you don't have a ticket and you want to get HUMP!ed, get down to On the Boards 45 minutes before a screening and line up. (If you bought more tickets to a screening than you wound up needing, let us know at the door and we'll sell your ticket to a rusher and give you the money.) Please note: there's a lot of construction on Mercer and traffic is a nightmare. Budget extra time, if you're driving, so you don't miss any of the films.

Also... for folks who've already seen HUMP!, this is your open thread to discuss this year's entries. Did you catch the duct tape in Mythical Proportions? Freaked out by Don't Call Me Missy? Gutted by Knife? Was your mind blown by Go Fuck Yourself? Were carbphobes freaked out by Donut? Creamed by Teenage Dream? 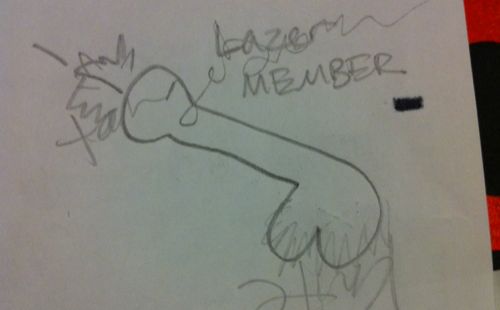 Mild spoiler alert for folks who haven't been to HUMP! yet: of the 23 films in HUMP! this year, twelve are hetero, seven are gay, two are ladies-only-self-pleasurin', one is girl-on-girl action, and one is girl-on-girl light saberin'. So it's mostly hetero, grumpy hetero HUMP!er. Yes, you had to watch some gay stuff at HUMP! But the gays had to watch a lot more straight stuff. So chill the fuck out, 'kay?

Four grand prizes are awarded at HUMP!—"Best Kink" ($1000), "Best Sex" ($1000), "Best Humor" ($1000), and Best In Show ($4000)—with winners chosen by semi-secret audience ballot. (Sometimes I ask people who they're voting for when they're filing out of the theater.) All films qualify for "Best In Show." People are free to vote for a film in any category that it qualifies in. Films without actual sex in them, or without any kink in 'em, or that aren't in the least bit funny, don't qualify for sex or kink or humor awards, respectively.

And allowing a few random/confused people to vote for a film in a category that it doesn't have any chance of winning—allowing kink votes film with no kink, or humor votes for a film that isn't funny—could drain votes away from a film in the category or categories that it actually has a chance of winning, which wouldn't do the filmmakers any favors. 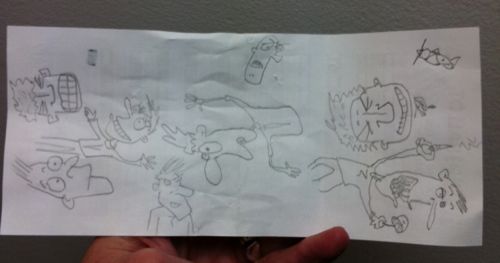 Comments 50
Tags: Blogs Hump
The Stranger depends on your continuing support to provide articles like this one. In return, we pledge our ongoing commitment to truthful, progressive journalism and serving our community. So if you’re able, please consider a small recurring contribution. Thank you—you are appreciated!
CONTRIBUTE NOW