1
ABSOFUCKINGLUTELY! When the podcast was over, I was stunned to see that it had been a lot longer than usual. "Its over already? I was hoping for more.
SeattleKim on February 1, 2012 at 3:49 PM Report this 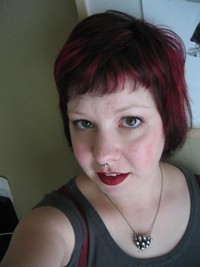 2
I could listen to Ira Glass for hours a day. He sounds like one of the most delightful people on the planet. I want to have a dinner party with him every week. Do you think he'll fit in my big purse so I can take him home?
ingopixel on February 1, 2012 at 4:01 PM Report this
3
I'm transcribing it but it's going to take a lifetime (I'm rubbish at this). Lumps of transcription will appear in the comments section below the podcast itself for any interested parties. Please bear with me.
Rubbish_Transcriber on February 1, 2012 at 4:01 PM Report this

4
He was on TBTL yesterday, too. That was just awesomeness squared. I like those three podcasts (SL, TBTL, TAL), but to have them mashed all together like that was nerdily enjoyable.

If you have Ira back on, I think you two, should do some callbacks to the questioners, which I think is one of Savage Love’s podcast strengths.

Oh, shows you my knowledge, I was one of those clueless people that thought Ira was gay. I guess my nebbish radar was cross circuited to my gaydar, but I liked his anecdotes that people thought his wife was just a beard for him.

I liked Ira stopping the calls, and commenting in the middle, it would be probably annoying after awhile, but it was a good show, because there was really good back and forth conversation between both of you. As I wrote, you two both complemented each other in the wit department, with me leaning more to Dan for his hilarious comments, about the motto jokes, (i.e. not swallowing semen) and Dan’s response to Ira’s mom’s opinion that a women’s sex organ is between her ears.
ferret on February 1, 2012 at 4:13 PM Report this

10
Great show, and amusing to hear Ira get dragged into the whole dilemma around cheating, opening the relationship, breaking up, or sacrificing sexual fulfillment.
seandr on February 1, 2012 at 4:32 PM Report this

11
Dumb question, Ira mentioned that you can't play farts on the radio. What about every morning show, just about ever?
The Psion on February 1, 2012 at 4:39 PM Report this
12
I think it was hearing Ira gush about how great blow jobs are.

But I loved hearing Ira do what he does best, which is make Dan clarify his positions on things. I think Dan would get in a lot less trouble if he kept Ira around to gush about blow jobs.
Xanny on February 1, 2012 at 4:41 PM Report this

But much funnier. Definitely one of the best Lovecasts ever. I think #7 sums it up fairly well. I laughed a lot, listening.

I admit that hearing Ira say some of the things he did was a bit shocking at first. Not that I am a prude - I enjoyed it. But, still at first there, I was like, "Oh my stars! Goodness gracious!" (fingertips on chest). Getting all henny...
Still, I hope there aren't any tapes around of Mr. Rogers, for instance, talking tales of ribaldry.

20
Ugh. Ira Glass. I guess I'm the only one who can't stand listening to him speak. Seriously, enunciate, motherfucker - you're on the radio. Love the Lovecast, but won't listen to this one: he's the second reason I stopped supporting public radio.
wittysobriquet on February 1, 2012 at 8:00 PM Report this

23
Oh, Rubbish Transcriber! I wrote my comment before seeing yours! :-) Thank you thank you...
BEG on February 1, 2012 at 10:37 PM Report this
24
@23 It's a pleasure BEG. I'll do a bunch more after work today.
Rubbish_Transcriber on February 2, 2012 at 3:33 AM Report this
25
@3/17/24 (Rubbish_Transcriber) - from the chunk you've posted already in the podcast's comments, it looks like you have this under control, but if you'd like help, I volunteer. (Qualifications - I have transcription experience and adore both Dan and Ira!) If you want help, just give me some marching orders? (want me to try to help decipher the Ira Glass Word Blurs? start at a certain time mark and work from there? )

@Dan - We LOVED the podcast with Ira. This is the first time I've ever listened to an episode of the podcast (limited bandwidth and crappy connection speeds interfere), and now I'm hooked. Please please PLEEEEEEASE have him back at least once a month!
MarleyBarley on February 2, 2012 at 5:43 AM Report this
26
Ira Glass was the best guest ever. Please bring him back. It was hilarious listening to you and him sort out the callers' problems. Best line: "But isn't there something to be said for repression?" loved it. Thank you Ira
boochoo on February 2, 2012 at 7:42 AM Report this

27
That bit where Dan said he 'didn't care' about the letters/callers - I think I understand what he's saying - he has to have a certain amount of professional distance, he's primarily an entertainer, etc. But it's also not quite true in every case. He's obviously become very invested in certain letters/callers, suicidal gay kids in particular. I just hope that what he said here with Ira doesn't turn off any people (especially kids) who have written or called or were planning to. Dan, if you're reading this, maybe consider clarifying, just for them.

Lance Thrustwell on February 2, 2012 at 8:08 AM Report this
28
@25 Hey MarleyBarley - thank you so much - it's an hour long so yes, if you felt like having a go that would be just great. Unless you'd like to, I wouldn't worry about the Word Blurs - they're so short that I don't think much is lost in them - I think it's mostly Ira repeating the same word or two while his lovely brain spins.

If you felt like carrying on from where I left off - it's around the 7 / 8 minute mark - that would be fabulous. Just do whatever you can do - anything at all would be great - and post it and then I'll pick it up again - I finish work around noon Seattle time and I'll be able to have another go. Thanks again MarleyBarley.

38
Ira is a national treasure. I admit I was among those who assumed he was gay, but when I found out he had a wife my reaction was, "Oh, okay," not, "She must be a beard!"

Ira did an episode of Marc Maron's WTF podcast a while back. I highly recommend it. http://www.wtfpod.com/podcast/episodes/e…
kaboobie on February 3, 2012 at 6:33 AM Report this
39
It was a moment of congitive dissonance for me-- hearing Ira on your program using words which one would not here on TAL. It was a wonderful program. Next up, I hope to hear Peter Sagal or Carl Kassel from Wait Wait Don't Tell Me.
DrMom1964 on February 3, 2012 at 7:16 AM Report this
40
More Ira Glass please, it was without a doubt the best thing that happened to me all week.
Danial on February 7, 2012 at 7:36 PM Report this