We Couldn't Have Done It Without Them

Before I say anything else—before I say what I dragged myself out of bed to say—let me say this: we did this. LGBT people came out, fought back, and changed the world. There's a fuck of a lot left to do—repealing DOMA, passing ENDA, completing the repeal of DADT (trans people are still barred from serving in the military), fighting for the rights of queers around the world—but LGBT people have come so far since Stonewall due to our own efforts and sacrifice. It has gotten better for us because we fought to make it better. We demanded better. 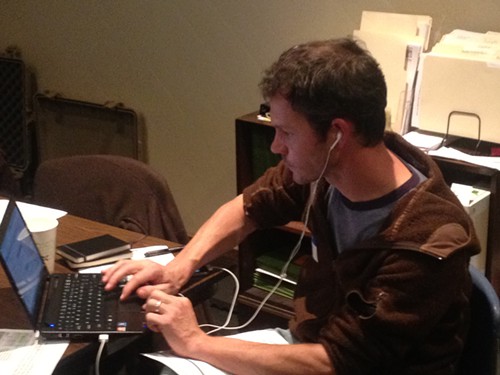 I don't know what exactly I'm proposing here. I'm operating on three hours sleep and I'm pumped full of painkillers. But, hey, how about a big straight-allies-appreciation party? We love parties. We're good at parties. Why don't we throw them a party? A big party to say, you know, thanks. Not, "Oh, gee, straight people, thank you so much for the civil rights." Rights are rights. We shouldn't have to beg for them. We shouldn't have to say "thank you" when they're recognized. We shouldn't even have to ask for them. But the sad fact is that we have had to fight for our rights. And the happy fact? We didn't have to fight this one alone. We had help. Thousands of straight people stood with us and fought for us. That's what we should thank the straight people for. Not for the rights—rights are rights are rights—but the way they joined our fight.

So, yeah, I just wanted to get that off my chest. I've been weepy since I sat down with D.J. this morning and, over pancakes, answered his questions about what R-74's approval meant for him and his family. I sat down to write a "thank you" post after D.J. left for school but it seemed insufficient. For what our straight allies did for us yesterday, for what they did for our kids, I think some sort of big organized event is called for—a party, a bash, a celebration. I think we should thank all the straight people who came through for us in a big, public way. If a party is too impractical, well, then who about some sort of officially declared straight-allies-appreciation day? Something.

Because we couldn't have done it without them.

What do you say?

Comments 151
Tags: Blogs Hetero
The Stranger depends on your continuing support to provide articles like this one. In return, we pledge our ongoing commitment to truthful, progressive journalism and serving our community. So if you’re able, please consider a small recurring contribution. Thank you—you are appreciated!
CONTRIBUTE NOW