Seattle Cops on Pot: "People Can Expect No Enforcement for Possession"

1
Unless you drive stoned or are under 21.

Expect December DUI pullovers to include driving under ANY influence, including cell phones.
Will in Seattle on November 7, 2012 at 5:57 PM Report this 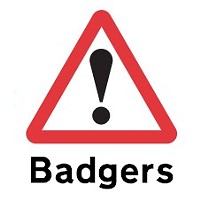 9
There's a hater from California with an (alleged) JD on Facebook saying this:

"If it is a controlled substance under Federal Law, the Feds can arrest you, detain you, and prosecute you under Federal Law for mere possession. The fact that the State of Washington has removed such statutes from its criminal laws is no defense--Federal Law controls in this matter unless the Constitution (or other Federal Law) exempts the behavior, it's still illegal under Federal Law. Just because the Fed's have been turning a blind eye to medical marijuana, that doesn't mean they no longer have to power to arrest you, lock you up, and throw away the key."

Anyone know if there's any truth to this? It's a direct contradiction to what Pete Holmes and Sergeant Sean Whitcomb are saying...

(1) "Smoke" or "smoking" means the carrying or smoking of any kind of lighted pipe, cigar, cigarette, or any other lighted smoking equipment.

15
@3 Seriously, f*&&^%%k you for downplaying the seriousness of this issue for the under 21s. You and others are still misleading people. But you don't have to lie anymore for the greater good.

For the under 21s all the laws remain the same, not just the driving laws. Pot busts can make you ineligible for federal student aid of any kind. It is not a joke. We have to wait and see whether police attention toward that age group increases.

I know you needed to attack the dispensaries as the easiest enemy, but this vote wasn't easy for other reasons.
cracked on November 7, 2012 at 6:45 PM Report this
16
Dom - first, congratulations!! Even though I was only about 51% for I501 due to no-homegrow and DUI limit concerns - and a little pissy with your characterization of "No"-folks - I know you and so many others worked really hard for this. *This* moment will be the moment that history looks back on. Two states simultaneously legalizing - drawing that line in the sand. Gotta love it. Revel in it brotha!

As for the DUI issue, my perfect world would be where people will be judged _on their ability to safety operate a motor-vehicle_. Pot is not alcohol, and it affects everyone differently. Some people won't be able to drive high and others will be able to drive even better. (based on studies) More studies are needed too..

What people need to guard and legislate against, is officers using smell as probable-cause to force a blood draw when there's no evidence for impairment, or even consumption, ie: when pulled over for a simple tail-light-out, or at a speed-trap, etc..

Time will reveal how law-enforcement all around Washington will take this law. Holding them accountable will be important - it's not quite over yet, but this was a huge step.
Cheers! Keep up the great work!
ClintF on November 7, 2012 at 6:45 PM Report this
17
@14 The Viper Vapor Lounge it is! Crank up the jazz and fire up those volcanos!
GhostDog on November 7, 2012 at 6:46 PM Report this

Kent Valley will now become the most profitable in the world.
Supreme Ruler Of The Universe on November 7, 2012 at 7:02 PM Report this
19
The next year could be a good one for the local "medical" dispensaries and doctors. With possession being legal, but no above-ground sellers except the dispensaries, their might be a fair number of new authorizations from people who now feel safer about it.
chrisgreen on November 7, 2012 at 8:31 PM Report this
20
@9: "Anyone know if there's any truth to this? It's a direct contradiction to what Pete Holmes and Sergeant Sean Whitcomb are saying..."

Anyone know anything about the legality of edibles in a hash bar environment? Is on-premise consumption allowed at all?

The law, municipal, state, or federal, does not make much distinction between possession and consumption. Because, if you actually stop and think about it, it's not a legally useful distinction.

But the difficult distinction here is not between possession and consumption, but rather between sale and possession.

After Dec. 6, you're not going to get busted for eating a brownie in a bar. But it seems pretty likely that your bar can still be busted (by the National Fed Law Enforcement Guys, if they feel so inclined) for selling you a brownie.

You get it yet, or are you still too baked?

You can definitely eat your (within legislatively proscribed potency) edibles anywhere*, but at present, if you buy those edibles from someone else, or use your own personally-grown ingredients to produce them, then you're still in State limbo, and also exposing yourself to National law in ways that the ballot initiative sponsors have to date been rather reluctant to defend. Which, please remember, requires, yes, requires state oversight and taxation. Which is still illegal and punishable, according to federal law.

* so long as you're not still carrying more than the legal limit of cannaboid product, after you're done with your eating. Or smoking. Or topical application. Or vaporization. Actually it's kind of pathetic that our local brownie-bakers and lolipop-vendors think they're somehow excluded from very specific, detailed limits described in the legislation we all just voted for.

26
@5 - "It is unlawful to open a package containing marijuana...or consume marijuana...in view of the general public."

As for opening a cafe, you'll have to see what rules and procedures the WSLCB come up with. They have until December 1, 2013 to write the rules.

@6 - If your property is open to the general public, you still face the issue. If somebody comes into your home and smokes weed they brought themselves, no law is broken though.

@8 - Wrong. "'Deliver'...means the actual or constructive transfer from one person to another...whether or not there is an agency relationship." You can't sell it or give it away.

@16 - The officer needs to have probable cause to pull you over in the first place. If your driving is not impaired, and your ability to communicate with an officer who pulls you over for some other reason is not impaired, why are you being asked to take a blood test?

@21 - Again, you'll have to wait until the WSLCB writes the rules.

@22/23 - Again, no consumption in view of the general public. You could still get busted eating a brownie at a bar, though it's unlikely. The bar can get in HUGE trouble for selling you that brownie though. One thing the law does say already is that no establishment will be licensed to both dispense alcohol and marijuana.
evilvolus on November 8, 2012 at 1:39 PM Report this
27
Well I am from Montana and the feds indeed came in and cracked down a ton of dispenciaries. I would't put anything against the federal government
mylongears on November 8, 2012 at 2:38 PM Report this
28
So, as I understand the law, I could pin a big marijuana leaf to my jacket and walk around town. After all, I'm not consuming, but simply possessing. Maybe that's not a good idea, as we are, to a certain extent (along with Colorado) now a model for the nation (after all, think of the children!). Nonetheless, it would be fun.
Ross on November 8, 2012 at 2:44 PM Report this
29
Read the bill, there's some really interesting parts, and most of your questions will be answered in there.

Just to throw out there is a $1000 fine for individuals or businesses that light up in public spaces. Public smoking is still illegal. There will be no pot cafes. There will be no testing out different strains in the store or whatever.

on November 9, 2012 at 8:25 AM Report this
31
The feds do NOT and never will come hang out on the streets of a state to arrest people for simple possession or consumption of small amounts of marijuana...the only time they get involved is with with dispensaries, big grow operations, and bigtime "drug dealers."

They don't have the time, resources, desire, or overall ability to fuck with people who want to smoke some weed and hang out with their friends. Don't waste your anxiety. If the local authorities are going to leave you alone, the federal government sure as hell isn't going to mess with you.
on November 11, 2012 at 10:30 AM Report this