SL Letter of the Day: There's A Word For People Like You

4
And I don't give a flying fuck who hates me for saying this:

9
Apparently trans folk have varying degrees of dysphoria with regard to their original genitals.
venomlash on April 5, 2013 at 8:34 PM Report this
10
8

11
4, I Know Your Sexuality Man to the rescue! He barges into bedrooms here! snoops into bathrooms and dark corners of nightclubs there! he knows your browser history even though you've deleted it! with his special Gay-O-Straight meter and telescopic eyes, he shall let no wetcrotch/boner reach full arousal until he has completely defined where you fit on either end of the spectrum and tatooed it on your forehead.
Some Old Nobodaddy Logged In on April 5, 2013 at 9:38 PM Report this
12
@10 ...that response, it's...almost...human...
eptified on April 5, 2013 at 10:31 PM Report this

13
You all miss irony @4 much? 100% gay here and never attracted to pussy while with my wife, but I drool thinking of Buck Angel's pussy (woof!), it's the reverse of 'you like dick on chick, so you couldn't be straight' terror. Now I see how a straight man having sex with a chick with a dick doesn't make him gay. Cool letter- thanks, Dan.
OutInBumF on April 5, 2013 at 11:02 PM Report this

14
@11 Great, melodramatic radio serial opening. One thought: Gay-O-Straight-O-Meter sounds oh so much more early 20th century.
Jerry M. Ander on April 5, 2013 at 11:54 PM Report this
15
@4:
Irony is clearly not the strength of a majority of Stranger readers.

migrationist on April 6, 2013 at 12:44 AM Report this
16
Of course he isn't gay. He may not identify as being bi but whether or not he identifies as being bi is irrelevant. He is bi.

or i could be wrong :)
on April 6, 2013 at 5:30 AM Report this
17
@16: Yeah, you're definitely wrong. "Gay" is attraction to people of the same gender. Sometimes people of the same gender have the genitalia of the opposite sex. Some gay people are into that, others aren't, but that doesn't have anything to do with whether or not they're gay.
alguna_rubia on April 6, 2013 at 6:30 AM Report this
18
Given that genitalia isn't tied 100% to identity, it only seems to stand to reason that it wouldn't be tied 100% to attraction. To contend otherwise would seem to play right into the hands of that subset of bisexual people who claim that monosexuals only see genitalia.
vennominon on April 6, 2013 at 9:17 AM Report this
19
16's argument:

"I'm going to use the icky factor of sex to demonstrate why past actions of people forever associate their identity with shame labels of my choosing."
on April 6, 2013 at 10:50 AM Report this
20
Yes, letter writer, there is a term for you: "Typical Seattle voter."
Unbrainwashed on April 6, 2013 at 11:08 AM Report this
21
The people who are saying this man is bi are tacitly refusing to accept that trans men are real men.

A lot of gay trans men who haven't had bottom surgery (for those unfamiliar, for FTMs top surgery = breast removal and bottom surgery = construction of a penis) are terrified that they won't be able to find a gay partner who will like their genitals. LW, you'll find somebody! 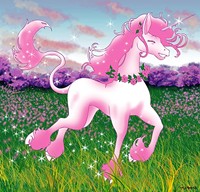 23
21: I don't think that's the case at all. Sexuality is partly about gender, but it's just not possible to completely decouple sexuality from physical bodies. Where's the harm in acknowledging that a gay guy who is attracted to a man with a vagina might be a little bit bi? Why would that make either of them less "real men"?
James6 on April 6, 2013 at 12:46 PM Report this
24
@23: Because he's not attracted to women at all, just vaginas--and only when they're attached to men. I don't think straight men who are attracted to cis women and trans women are bi, because they're attracted to women. A straight-identified man who wants to suck a trans woman's penis is still straight. The same guy thinking about sucking a guy's dick is bi or bi-curious. Trans people's bodies, especially when on HRT, are much more similar to their target sex (in terms of fat distribution, hair, the way they smell, the softness of their skin, their voice, etc.) than just looking at their genitals would suggest. They also, you know, look like their target gender.

I do think attraction to a particular set of genitals is a legitimate part of sexual preference, but it isn't the defining factor--gender is more important.

I'm bisexual, and I don't think there should be any stigma to the label. But this guy ain't bi. 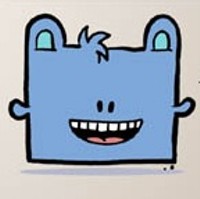 25
This dude is only not gay if you choose to believe that gender == genitals.

And if you believe that, you're kind of a shithead.

Outside of the obvious offense of once again comparing human sexuality to horse fucking, sometimes humans voluntarily do things that do not arouse them, and have fun.

I defy you to hook me up to a boner meter and have me watch gay sex, I'll give you 100 bucks if it detects the hint of an erection. But throw some ladies into the mix to keep me going and I have no qualms fucking around with men. Identifying as bi would be incredibly disingenuous of me. You can't call me closeted because I'll tell anyone that asks how many dicks I've sucked, and I wouldn't be ashamed to identify as bi. So what am I?

Not to pin a label on you if you don't want it, but what you describe is what I understand by "heteroflexible". You're a straight guy, but you don't run screaming for a cootie shot if you encounter [or suck on] a guy's junk in a context where you are getting it on with a gal. It's not a turn on, but there's no problem.

Now, if a guy approached you at a bar, bought you a drink, complimented your figure, &c., you're not going to go get naked with him, because he's a dude and you're only down with getting down if your going to get some female action. If you were open to what might happen with this fella, then you'd be bi, or at least bi-curious.

Human sexuality is very complicated. As Kinsey discovered decades ago, sexuality exists on a spectrum. Just because society is more comfortable with labels doesn't mean that every last person is going to fit neatly into one category.
on April 6, 2013 at 3:54 PM Report this
29
Transerasure, ftw. Trans men are men, folks. Even if they haven't had bottom surgery. I know for some people it's hard to wrap your head around the idea of gender not being tied to chromosomes or other aspects of physical sex, but these *are* distinct concepts.
DarthKelly on April 7, 2013 at 12:40 PM Report this
30
Nothing is simple anymore. Sigh.

Only for those who want to complicate things. Maybe I'm entirely wrong, but I'd be willing to bet that the supply of, and demand for, ahem, individuals with tits and a dick is, well, how about if we call it a "niche market?"