A Pope at Peace With Atheists?

1
It is at least refreshing to not be told you're going to burn in Hell for all eternity.
NineOneFour on May 23, 2013 at 6:11 AM Report this

2
There was a thread about this already. A lot of people take offense at this sort of notion (and it is a bit arrogant, to be sure - "I know you don't believe, but you don't have to - it's true nonetheless"). But I don't take offense. It's an improvement over the notion that I'm going to Hell simply because I don't believe. More, it's a truly Christian thing to say and think. It's how I measure whether a self-professed Christian really is a Christian, not an asshole. Because such a belief is in line with what their religion is ostensibly about, while judgment and hate are not.

If Christians all actually believed this and lived according to it, there would be a hell of a lot less strife in this world.
Matt from Denver on May 23, 2013 at 6:14 AM Report this

4
the plan is working: appoint a pious pope for a short while, and the world will forget all about those pesky pederasts.
Max Solomon on May 23, 2013 at 7:13 AM Report this

Pope Francis said yesterday, and perhaps more relevant to yesterday's news: "To say that you can kill in the name of God is blasphemy."

so do all those souls sipping ambrosia in heaven who massively killed "in the name of god" during the crusades (for example) and told to do so in no uncertain terms "in the name of god" by pope Urban II (and successors) get immediately transferred to hell by this declaration?
theophrastus on May 23, 2013 at 7:48 AM Report this

8
Is it just me, or does Slog have a pontifical obsession recently?

I enjoy when the Pope says things like this, because I know how it sets conservative Catholic's teeth on edge. If he came out for birth control and gay marriage, the Catholic hospitals would be too busy dealing with all the aneurysms to worry about abortion.
Catalina Vel-DuRay on May 23, 2013 at 7:49 AM Report this

10
I'm happy about it. My atheism is a strain on my relationship with my mother. She's Catholic and believes wholeheartedly that I'm doomed to eternity in hell. Hopefully this gives her peace.
ScienceNerd on May 23, 2013 at 7:57 AM Report this

11
Maybe next they will allow sex education including the use of condoms for everybody. That would be a huge benefit to people in continents where AIDS is rampant and where the Church still has an influence.

The last pope allowed for condom use in some cases, maybe this one will allow it in all cases.
passionate_jus on May 23, 2013 at 8:01 AM Report this

12
Frankly, I do not care what he says as long as the catholic church is still doing everything it can to subjugate and harm women, gays, Africans, the poor, and of course its favorite pastime: raping children and covering for the rapists.

Words mean less than nothing when placed next to such a monolith of depravity and well organized evil.
Theodore Gorath on May 23, 2013 at 8:03 AM Report this

13
Well, it's a step, albeit a small one. This places the church at peace with the Renaissance, as his opposition to capitalism places him at peace with the 19th Century. But to truly modernize the church, the pope must address one group it has oppressed since the middle ages, and another it has oppressed since it's inception. GLBT people, and women. The church must also reconcile itself o the reality of clerical child abuse, and take measures to ensure that those who have engaged in this practice wile in their service are removed from their ranks and no longer supported or sheltered by the church.

Ever since the Bishop of Alexandria had Hypatia torn apart by a god-crazed mob, the church has pathologically attacked women. The first book of the bible blames the fall of man on a woman, and the last book describes the agent of destruction as a whore. Every book in between makes jibes at women, reinforcing a role if inferiority and abusing them even when they are subservient. Church doctrine is similarly vile, A step in the right direction would be the ordination of women and acceptance of women in all ranks of the church, even the papacy.

The Church used to perform same sex unions in the 3rd century. The official liturgical rite was known as adelphopoiesis, and two canonized Catholic and Orthodox saints (Sergius and Bacchus) are said to have wed one another in such a ceremony. And yet the modern church seems to place the blame for all its woes on the idea of two men in love. In the middle ages, they burnt us at the stake, and now they seek to burn our civil rights, even ones guaranteed to us by secular law. Rather than follow the edict "give unto Caesar that which is Caesar's", the church simply cannot recuse itself from secular government in this respect. To add insult to injury, they blame the church's pedophilia problem on men whose only sexual desires are for other adult men. To the church, the word gay is synonymous with everything bad in a sexual context, even to the point of blaming the clerical abuse of young girls on gay priests who desire adult men.

"Suffer the little children to come unto me", and boy do they suffer. The Vatican shelters Cardinal Dolan from criminal prosecution in the United States by issuing him one of the very rare Vatican passports and relocating him to Rome. Even the Pope Emeritus has been implicated personally in covering up the sexual abuse of children by clerics he oversaw in his role as head of the Congregation for the Doctrine of the Faith.

Until these wrongs are righted, how can the church claim to be a moral institution?

14
The Catholic church could purge its ranks today of all its pedophile priests and right-wing lunatics, and it would still take at least a generation or two before it regained even a little bit of moral credibility. Who gives a fuck if the pope is saying nice-sounding things. The pope is the world's richest organized crime boss.
john t on May 23, 2013 at 8:44 AM Report this
15
Yes, in light on @12, I certainly do not want the pope using his fancy pope words to try to include me in his grouping when his grouping refuses to take care of their huge, obvious problems. What an insult!
treehugger on May 23, 2013 at 8:49 AM Report this 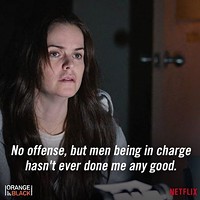 17
I'm enjoying the spin the catholics are trying to put on their leader = "he was really saying that if atheists do good things, they will convert to xtianity, that is what he meant, not that atheists can go to heaven, oh no."
Womyn2me on May 23, 2013 at 10:25 AM Report this

18
This really isn't much of a leap for Catholicism, as they've always stressed "good works." What is fascinating is that he is clearly putting himself at odds w/ American Evangelicals & Fundamentalists, both of whom are rooted in Calvinism, who dismiss good works as being useless at best, a distraction at worst. In the 80's, Falwell tried to create a 'big tent' w/ his Moral Majority, where Christians of all stripes gave up their differences to stand against atheists, gays, pot smokers, loud rock music, etc. Pretty much everything that made the 70's tolerable.

It worked, for a short time, but once more we are witnessing the inherent self-fracturing of Christianity. There is something in the philosophy, in the basic approach that will force the adherents to turn against each other. There has never been a unified "Christianity" and there never will be. Francis is doing what his religion commands, fracturing over split hairs.

Some Old Nobodaddy Logged In on May 23, 2013 at 1:22 PM Report this
19
@18: I don't think you can count the difference between emphasizing good works and justification by faith alone as "split hairs." In one, anyone can go to heaven as long as they are a good person, whether or not they believe in God or practice Catholicism. In the other, only faith in Jesus gets you into heaven. Those are EXTREMELY different.
alguna_rubia on May 24, 2013 at 2:22 AM Report this