1
Wow, the bible sure got this one right. Even if it is pretty self-evident that you shouldn't go around eating corpses.
raku on June 30, 2013 at 6:09 AM Report this
2
No fat? Not even butter?
Clayton on June 30, 2013 at 6:14 AM Report this
3
Ah -- context. This isn't as absurd as it sounds -- it is even more absurd. This commandment is about what to do with the sacrifice. In essence, an all-seeing, all-powerful, all-present god is so insecure that he demands his chosen people to regularly take their most important possessions and totally waste them for his enjoyment, and do so in exactly the way his whim commands. Oh, and if you don't, your people are eternally damned. 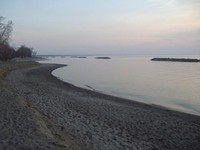 7
Christ, even a fucking egg has fat. Without fat your neurons would fail. Thus explaining brain dead bible thumpers.
Pope Peabrain on June 30, 2013 at 7:04 AM Report this

10
And then Jesus was born and he changed all the old laws.

Not even close. There's absolutely no consensus as to whether Yeshuah's "New Covenant" invalidated ALL the OT Levitical & Mosaic laws, just some of them, or whether in fact he intended them to continue; even those passages directly attributed to him don't make this clear, as one can easily find quotations that support ALL of the above positions.

This is why you see one group of Christians insisting they no longer need to follow the admonitions against eating shellfish or wearing mixed fibers, for example, while other groups contend believers should still be practicing the ritual sacrifice of animals, which is what is being referred to in the passage Goldy cites.
COMTE on June 30, 2013 at 8:52 AM Report this
16
@8: You've never been hungry, have you? Fat is not inedible. Fat is only deemed "inedible" by people who have enough to eat, and are turning up their nose at the most calorie dense part of the animal. And as for blood, that is quite edible too, as anybody who has eaten blood sausage can attest to.

I would think that saving the fat and the blood would be just the opposite of not eating the inedible: ostentatiously _not_ eating the best part, just to show how rich you are.
spudbeach on June 30, 2013 at 8:56 AM Report this

Considering Leviticus has umpty-billion verses about what not to eat and only one paltry verse about the gays, why doesn't the Westboro Baptist Church run around with "God Hates Chefs" signs?
bobbyjoe on June 30, 2013 at 9:54 AM Report this

22
But then Jesus came back! And told the Angel Moroni to tell Joseph Smith to do all different stuff. And to wear funny underwear. The funny underwear is really important.
Dr_Awesome on June 30, 2013 at 10:32 AM Report this

Religions are all loony.

As the kids on reddit say, FTFY.
Looking For a Better Read on June 30, 2013 at 10:54 AM Report this
26
I am going by the dietary "thou shall nots" of Leviticus... If one lives in an environment without refrigeration, air conditioning and very dry and very hot summers, Leviticus isn't a bad dietary handbook. Much like Lutefisk isn't a bad idea, if one is living in a cold drab place with no refrigeration or a freezer to store cod. even though the lye takes some time to get used of...
ferret on June 30, 2013 at 11:14 AM Report this
27
I believe Leviticus 3:17 starts with Leviticus 3:12 about how to sacrifice goats, and how the to properly dispose of the goat and its entrails, including the fat, which is the property of Yawheh and his Fast Food Franchise the Almighty set up for it heavenly pomme frittes, deep fried in goat fat.
ferret on June 30, 2013 at 11:25 AM Report this
28
In the Torah, I believe this is referring to helev or heleb, which is fat around the vital organs, which is removed in order to meat to be kosher. Subcutaneous (under the skin) fat is different. Helev (suet) is possibly different, in a dietary sense, to subcutaneous. I don't know, and I surely don't know what the ancient Jews knew about the difference.

I was curious why that's a bad thing. However the article doesn't actually answer the question. It just says "because it says so". And saying so three times means it's really, really important. But I still don't know WHY.
originalcinner on June 30, 2013 at 12:31 PM Report this

31
@30: because it was considered a sin to serve the meat of the offspring in the milk of the mother. Hence, don't mix meat and dairy.

@16: I didn't say any off this made sense. I've never spent much time at the poles but I've heard from those who have that fat is the most delicious thing in the world when the temperature is hovering somewhere around 20º below. Of course, these dietary rules originated in the Middle East so YMMV. Many of the kosher laws are a sort of poor-man's food safety guide for hot climates.

Haven't tried blood sausage, but I have eaten plenty of things some people consider inedible. Insects, for instance. (Can't recall off the top of my head whether they're kosher but I'd imagine not, if shellfish aren't.)

Some portions of the kosher laws were meant to keep Jews from mixing with Gentiles. Kosher wine, for instance.
Dr. Z on June 30, 2013 at 1:09 PM Report this
32
Similar to the meat/milk rule in Judaism, it was also considered a mitzvah (good deed) not to gather eggs while the hen watched. It was just considered icky, not strictly forbidden.

36
If you read Leviticus closely enough, it will show you that there's a right and a wrong way to wear your tinfoil hat on the sabbath. Just saying.
bigg on June 30, 2013 at 5:00 PM Report this
37
Wait. No chicken schmaltz? Jews evidently walked away from that dictat hundreds of years ago.
Brooklyn Reader on June 30, 2013 at 5:12 PM Report this
38
I thought this was trying to say, don't be a cannibal (not that you can't eat any fat or blood).

39
THE LORD in all His wisdom creates us with our appetite for blood ...then He says we can't drink it!!! WTF God, please get Your act together before you barf out another universe!
blackhook on June 30, 2013 at 6:17 PM Report this

2. Avoiding associating with the other tribe on the far side of the valley (e.g. wine)

3. Some powerful opinionated asshole way back when just decided this was the way things ought to be/not be (e.g. not mixing milk/dairy)

42
"And back in old days, a porkchop might kill you. One drop, I'm dead! But now we got refrigerators. Not we got freezers. Now we got seasoning. Now, a porkchop's your FRIEND. If you dying, a porkchop will save your life. If you're one of the chosen few people on this earth lucky enough to get your hands on a steak, BITE THE SHIT OUT OF IT."- Chris Rock, on the silliness of the meat ban in some religions, Bring The Pain, 1996.
lolorhone on June 30, 2013 at 8:50 PM Report this
43
@41:

Yeah, that's basically it. In an age where people had absolutely no concept of bacterial infection, it probably didn't take many instances of your neighbors dropping dead after eating bad pork or shrimp for somebody to figure out that maybe the best course was to just not eat it at all. If it took claiming the local god considered eating it an abomination and punishable by death to convince everyone else to not eat it, then hey, thems the breaks.

And you'll notice that what Yahweh "demands" as his sacrifice is all the not-so-choice cuts: visceral fat, organs & intestines. If I were a supreme deity, I'd be demanding the really good stuff, which in the case of goat or sheep would be anything from the loin.
COMTE on June 30, 2013 at 10:08 PM Report this

44
so go vegan or else LOL! Drunken rant:
another ancient health admonishment elevated to a superstition and finally a commandment from god. Phooey!
l'm a vegan and if I was an asshole like some homophobes I could be out picketing restaurants that serve meat insisting that if you aren't more like me than god will punish you. I'm not and I don't need religion to know right from wrong.
auntie jim on June 30, 2013 at 11:30 PM Report this

46
Why would a perfect, all knowing, all seeing, all powerful, perfect god ever need to change his rules, and why would this god need to sacrifice anything to do it?
Rob in Baltimore on July 1, 2013 at 6:57 AM Report this
47
I'm fine with it. More blood sausage and baby peas with bacon for me.
PCM on July 1, 2013 at 10:41 AM Report this
48
Damn. Apparently God must have done Weight Watchers that one time, and that shit really worked for him.
MinnySota on July 1, 2013 at 12:14 PM Report this
49
@30: The best explanation I've heard for the separation of meat and dairy, particularly to the point of separate dishes) is that you don't want to use porous cooking utensils and containers (wood and some ceramics) previously in contact with raw meat, to be stirring and holding milk, as doing so (especially without good soap and hot water) will contaminate the milk.
Park on July 1, 2013 at 3:40 PM Report this

50
and Jesus tried to explain the meaning to stupid, illiterate, linguist & grammarians who much like religious right wing as well as any party affiliation or any person who knows the truth, but is so practiced at lying to themselves that denial literately makes them so blind they cannot distinguish right from wrong, nor love from hate.

I have no clue what Levi said because never inherited any Land, which is the term used for bodies of flesh, but not just one, the entire family from the first appearance of homo sapian on the planet and the original bloodlines of the all homo sapians, of which their were twelve.

Most of the words in the scriptures have many meanings, and either Levi was speaking reference SPECIFICALLY to the ritual of an sacrificial offering of a slaughtered Goat, and therefore meant the rules which apply only such a n offering to the LORD,

or else fat meant "the excess" and blood meant " His people.

To "eat" meant more that intake of calories for nourishment, It quite literaly mean "to sruvive"
Dirtclustit on July 1, 2013 at 3:55 PM Report this