Anna Minard
Back to article

2
Actually, Wallingford is more diverse than most neighborhoods in Seattle - but, hey, keep pretending it's not.

Moon Temple was my fave place other than the thai place (for brunch) to eat after a movie at the Guild 45th back when I lived in Wallingford. Only reason I didn't go more often this century was haven't been to the Guild 45th much recently.

3
Another drug store? In Wallingford? Sigh.

Why is Seattle so far behind? (Rhetorical question - I know about Conlin, Burgess, Rasmussen, Clark, Godden).

9
In my imaginary wold, the planning department occasionally uses an official stamp that reads "FUCKIN' NASTY."
Dougsf on August 5, 2013 at 5:41 PM Report this

10
There used to be a Tully's beside it, and there is no hope of keeping it. That will be the third drug store in five blocks though. The good news is Patty's Eggnest is coming to the old Cabela's Mexican restaurant.

Color is a red herring. Wallingford is economically homogenous. Everyone is the same in Seattle, let's not pretend there is some self-righteous, color blindness at play.
biffp on August 5, 2013 at 5:48 PM Report this

17
Damn.
My first "real" kitchen gig was just up the block in the mid eighties. After heavy nights, or every night, my chef would take us there. DRINKS. my chef and I were kicked out so many times. Every Thursday, Friday, Saturday. For a few years.

Have gone back many times by myself since. Taking friends would be a torturous thing, so solo was the way to go.

It's like a less impressive version of Kent Station.

19
@6 you think a zip code is a neighborhood. Which shows you've never lived there.

The only neighborhood that's a zip code is the U Dist. Or one of the islands.
Will in Seattle on August 5, 2013 at 7:01 PM Report this
20
CVS is a pretty despicable corporate entity. Let's see if they get hindered on an alley vacation or something like that.

LMcGuff on August 5, 2013 at 7:20 PM Report this
21
Please tell me that Moon Temple isn't going to be completely gone. Maybe just moving?
BusyB on August 5, 2013 at 7:34 PM Report this
22
This is part of a full-fledged invasion of urban Seattle by suburban CVS, coming to vacuum revenue out of our neighborhoods, benefiting from the density, foot traffic, and transit while contributing nothing. There are two other projects that are known, but it won't be surprising if even more are in the works.

In the heart of Uptown at Queen Anne and Mercer St at the Kidd Valley, in front of a Rapid Ride stop:
http://www.queenanneview.com/2013/06/24/…

In West Seattle near the Junction with a drive-through. Next to a Rapid Ride stop:
http://westseattleblog.com/2013/07/new-p…

Retail mega-corporations have discovered cities are cool but don't have a clue how they get way, other than being places to extract value while contributing none:
http://dissidentvoice.org/2013/01/cvs-ph…
"CVS has 7,400 stores and plans for more. Though less than the 8000 Walgreen Drugstores, its competitor “posted just half the earnings of CVS in the third quarter of 2012,” reports Washington Post columnist Petula Dvorak. She describes CVS as a “voracious retail monster” that “has been taking over America.”

25
You didn't seem to mind that the Queen Anne Kidd Valley is being replaced by a CVS. 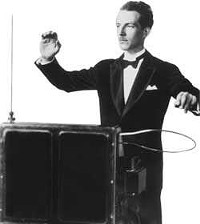 26
You're missing something regarding the Capitol Hill Walgreens...you'd never know the difference. The thing that will make this *good* will be if the entire ground floor isn't a CVS. We need diverse storefronts, or it doesn't matter what else we do.
Ryan in the sky on August 5, 2013 at 8:14 PM Report this
27
I'll take Wallingford's 2 foot tall toddlers in yoga pants any day over Capitol Hill's 6 foot tall toddlers in tight pants.
Ph'nglui mglw'nafh Cthulhu R'lyeh wgah'nagl fhtagn on August 5, 2013 at 8:16 PM Report this
28
Walgreens, Bartells, and a stupid CVS all within a few blocks of each other? Ridiculous. Bring something in the community actually needs, like another grocery option besides the overpriced QFC. And leave the old building alone.
StuckInUtah on August 5, 2013 at 8:24 PM Report this
29
For the life of me I do not understand all the love for Moon Temple.

The restaurant half is nasty as fuck and the food is *horrendous*.

I can only assume that each of you praising the place has been utterly shitfaced every time you ate there.

I guess that's why their drinks are so strong: to cover up how awful their food is.
on August 5, 2013 at 8:36 PM Report this
30
If you shop in this CVS I will personally bust your fucking face for you. Same with Walgreens: it's a predator and should be starved out. Like we did with the Rite Aid that was across the street from here a decade ago. Just say no. If Bartell's doesn't have it don't buy it.
Fnarf on August 5, 2013 at 8:45 PM Report this
31
@29

Let's see what The Lord has to say about this when I tell him.

32
I was at the design review meeting. The following post is long-as-fuck, but it's what I just sent to our neighborhood blog. Read it if you wish...

I attended tonight’s design review meeting regarding the potential development of a CVS Pharmacy at the corner of 45th and Meridian. Approximately 100 people were in attendance.

The meeting was segmented into four portions. First, representatives from the developer (NORR) spoke, then the design review board asked them questions, then members of the public were invited to speak, and finally the review board met amongst themselves to decide whether or not to give this project their thumbs-up.

The three representative from NORR seemed to be a bit tone deaf as to why 100 people chose to spend two hours in a hot room on a beautiful summer evening. We were not there to hear about NORR’s global projects, awards won, or public outreach, but that is how they kicked off their speech.

They then spoke about this specific project, basically going through the information on the PDF that was linked to from Wallyhood. NORR tried their best to spin the reasons why this project fits in well with existing buildings along 45th, talking about things like existing horizontal lines, high quality materials, and a “human scale” (whatever that means).

The review board seemed dubious. They asked several pointed questions, most typically about what makes this generic-looking CVS building any different from the 7400 other CVS buildings in the U.S., and how does it possibly fit in with the surrounding neighborhood.

It was then the public’s chance to speak. This was not a Q&A. Comments and concerns were to be addressed to the review board. Approximately 25 people spoke, most very eloquently. The public’s opinion was unanimous: this building has no place in Wallingford.

Concerns included the pedestrian experience this monolithic building would create; how trucks would be able to unload goods for CVS when there’s no place for them to park; the precedent this could set for further developments along 45th; the lack of adaptability of a structure such as this when (not if) CVS vacates it someday; and what this means for the future of small local businesses in Wallingford’s urban center.

The design board then met amongst themselves, but in a manner where the public was allowed to listen in. After 20 or 30 minutes of deliberation, they decided to not give this project the go-ahead, for it is simply too out of character with the neighborhood. I don’t know what the board’s decision will lead to, but it’s a good start.

I have attended a lot of public meetings on various issues in Seattle, and oftentimes they can be dominated by kooky folks with pet peeves or special interests who just want to hear themselves speak. This meeting was not at all that way. I’m proud of my neighbors, many of whom were obviously not comfortable speaking in public, but did so anyway, speaking with passion. So to the people who grumble that, “This is the way it is, you can’t stop Big Money or Big Government or Big Whatever,” you should’ve been there, it might’ve given you a little bit of hope.

Yeah, pretty much. In my case, that goes back thirty five plus years. Likely longer than most of the readers of this post have been vertical....expect perhaps for Fnarf who rumor has it, once washed dishes at the Moon.

38
33- I wish, but like most of Seattle I walk/bike/ride. I'm not even talking about eliminating parking, just getting rid of surface parking lots which make neighborhoods unusable for people not driving every single place. Just put an underground garage if you absolutely must. If Tulsa can regulate surface lots, so can Seattle.
raku on August 5, 2013 at 10:47 PM Report this

39
37- the first few paragraphs of this google link are good. The short answer is, they kill neighborhoods.

41
30, You're a bit of a rageaholic online, always threatening to physically attack people. You must have gotten your ass kicked quite often growing up.
Rob in Baltimore on August 6, 2013 at 6:08 AM Report this

42
@18 It does look like Kent Station. I knew there was something familiar about it.

That's the thing about suburban cities without a strong downtown -- Kent Station actually has a somewhat legitimate claim toward being a better use of space than the out-of-business Arby's (or whatever -- I can't even remember, that's the point) that it replaced. The same is not true when you build a Kent Station in Wallingford.
McJulie on August 6, 2013 at 7:34 AM Report this
43
Anybody referring to CVS probably isn't from Seattle in the first place so shouldn't be allowed an opinion on any of this. You're lucky just to have found this place.
cliche on August 6, 2013 at 9:23 AM Report this
44
The parking is already there. One of the reasons I go to the Moon Temple. That and the excellent food, which you *don't* have to be drunk to appreciate.
You can't blame CVS for moving in there, but you can blame the owners of the building (probably some trust fund operated for someone else), blame the people who go there because if there wasn't a market for these kind of places, CVS wouldn't move in.
So I guess we only have ourselves to blame. :)
kutis on August 6, 2013 at 10:09 AM Report this