1
What's in mankind's genes that we should spend so much of our time tormenting one another?
NotSean on September 20, 2013 at 7:05 AM Report this

2
This is the kind of propaganda that lead to the holocaust.
Pope Peabrain on September 20, 2013 at 7:06 AM Report this

3
What has happened in Russia to make all these anti-gay laws suddenly pass?

Was the discrimination always there, and the laws just brought it to our attention? Has there been a sudden cultural shift? Did someone powerful need an issue to distract the population with? Where is all this coming from?
wingedkat on September 20, 2013 at 7:10 AM Report this

6
@3: in one of Woody Allen's movies (Love and Death, I think) an anti-Semitic character is explaining the differences bewteen a Russian Jew and a German one: the Russian Jew has horns. The German Jew has stripes.
Dr. Z on September 20, 2013 at 7:40 AM Report this
7
@3: Putins always looking for some way to increase his power, and since there's a strong tendency in Russian politics to be oppositional to the West, cracking down in an area that is being so liberalized in the US and Western Europe is the perfect opportunity for him.
MRM on September 20, 2013 at 8:11 AM Report this

Or when people copy and paste fake news articles that aren't Onion funny. That's the worst.
seatackled on September 20, 2013 at 8:46 AM Report this

16
Oh, sorry, @14 — they're beyond discredited. They're a laughing-stock. Even Harvard doesn't stand behind them any more.
Fifty-Two-Eighty on September 20, 2013 at 10:27 AM Report this
17
@16, I don't know how we got on this topic again, but as always you are wrong. Kellerman is a highly respected researcher and author of hundreds of papers which have been cited in many thousands of others.

His critics are, to be blunt, not. Gary Mauser, for instance, is a blowhard nobody who has an abysmal academic record (hardly any citations, most publishing in low-impact fake-o publications) gets a ton of attention from the NRA because he's virulently against even thinking about gun regulation. And the "Harvard" you refer to is one article (by Mauser) in the Harvard Journal of Law & Public Policy. One article attacking Kellerman doesn't mean "even Harvard doesn't stand behind" him.

Note that Mauser is not a Harvard professor at all, but works at Will in Seattle's alma mater, Simon Fraser.

It would appear that you don't understand how academia works, which isn't surprising, since you don't understand how anything works. "Harvard" is not a single entity with a uniform point of view. Saying "Even Harvard doesn't stand behind them" doesn't make any sense, and in this particular matter it is the opposite of the truth, as Harvard is of course one of the centers of the movement to view gun violence as a public health matter.

It's also important to understand that it is almost impossible to do adequate research on the efficacy of gun control measures, BECAUSE IT IS ILLEGAL TO DO SO. That's what your NRA is all about: stifling knowledge, and hiding behind cranks. The parallels with climate change denialism is striking; in fact, it's usually the very same voices.
Fnarf on September 20, 2013 at 10:56 AM Report this

18
The idea of the police ripping kids out of their parents' arms and parents having to send their kids overseas is 1930s Germany. I understand that Dan's personal vendetta against Sally Clark takes priority, but there needs to be pressure put on the IOC to take action.
biffp on September 20, 2013 at 11:02 AM Report this
19
@ #3, from what I hear from my husband, the real cultural shift was in to 90s, when things that were once taboo were made acceptable, or at least not immoral. Unfortunately, that freedom came on the back of some serious crime and economic hardship.

And then, Putin. And the giant shift towards beating the drum for the Russian identity as a means of combating the listlessness that happened when communism's ideals failed. And who is a true Russian? Someone white, Slavic, straight, and of the Orthodox church.

In some ways, this is worse than the USSR's shit. Yeah, they preached a pretty unpleasant world view, and lots o people died, but at least racism was considered somewhat barbaric, communism wasn't just for the racially or religiously pure and no one was saying a magical higher being had blessed Russia with awesome.

Now Russia's plagued with religious zealots, meatheads who thing being gay is disgusting, and outcries that the current Miss Russia shouldn't 've been crowned because she's obviously "too southern/Asian looking". Look her up and tell me this isn't messed up.
weatherwax on September 20, 2013 at 11:36 AM Report this

20
@4, 16: Kellerman's studies on guns are only "discredited" in that the NRA doesn't like them. Is it true that they don't demonstrate causation, only correlation? Yes. Is it they only looked at gun deaths, and not nonfatal gun incidents? Yes. Is it true that they didn't distinguish between guns kept in a home and guns brought into a home in shooting deaths? Yes.
However, the methodology and data in the studies are solid. Just because they have been cited in misleading ways doesn't make the studies themselves flawed.

Also, Fnarf has you dead to rights with his last paragraph. Your lot simultaneously complain that there's not enough evidence to support gun control and ban any research into it.
venomlash on September 20, 2013 at 12:22 PM Report this

21
I'm pretty sure Putin and the Orthodox Church are warming Russia up for a good old fashioned pogrom aimed at the gays and their allies. It'll be an efficient Stalin-esque way to get rid of a lot of people they disagree with and scare the shit out of anyone left.
dwightmoodyforgetsthings on September 20, 2013 at 12:49 PM Report this
22
If you don't read the subtitles it's a pretty hot video.
steakhaus on September 20, 2013 at 12:51 PM Report this
24
And the IOC and athletes would even consider lending themselves to legitimizing this hateful nonsensical spew?

NBC, Sony, and Coca-Cola would associate their brands with THIS?

It's time to send this video to every Olympic sponsor and ask them, "Is this how your company wants to be thought of?" Once the shitstorm starts it will be too late to disassociate from the lead up to said shitstorm.
kwodell on September 20, 2013 at 1:04 PM Report this

25
@21: Dude, what do you think a pogrom *is* besides officially sanctioning the public when it beats people up, kills them, and then burns their houses?

"Don't prosecute these crimes against homos" says the government to the police, and that's exactly what's happened. It's already happening. Neo-nazis are currently beating and torturing gays, smiling for the camera while they do it, and then posting the results to facebook. And the police do nothing. Not almost nothing, or trying and failing, they're actually doing nothing.

And that's a pogrom. It's not a warming up to a pogrom, it's actually what defines a pogrom. The only way it could be made worse is if the government officially set up ghettoes for the gays, and then came out with a bullhorn and rallied people to throw firebombs into that neighbourhood *there*.
gromm on September 20, 2013 at 1:09 PM Report this

26
@25- I think a pogrom involves massacres, not isolated incidents. We are in the first act, and right now the USA should be opening it's border to Russian gay folk, because there is going to be a conflagration soon.

33
@ 26, pogroms are not defined as massacres. They are defined as riots - riots that are sanctioned, even organized, by the government, against a minority population. People may or may not die, but death isn't a defining characteristic of pogroms.
Matt from Denver on September 20, 2013 at 7:45 PM Report this

34
Hey, hey, hey NRA...how many kids have you killed today?!
Mark in Colorado on September 20, 2013 at 8:02 PM Report this
35
Hate to say it, but the guy's got some good arguments in there. There are also some great arguments on the pro-gay side. There's just as much "propaganda" on the pro-gay side as there is on the anti-gay side, btw. If you try to deny this, you are simply confirming that you yourself are not thinking critically, just drinking the Kool-Aid (aka most Sloggers).
Confluence on September 20, 2013 at 11:22 PM Report this 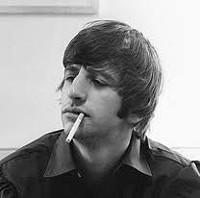 39
I want to see one of these with accurate statistics on the Russian Orthodox Church.
Roofeo on September 23, 2013 at 12:53 AM Report this
40
Some of you ask here "What has happened in Russia?"
Answer is, nothing has happened in Russia... unfortunately.
But what happened to us?
When Putin went on with his "hangman" mission around what was before the USSR, killing people of Chechnya, bombed Georgia, economically suffocated Ukraine, etc.
Killing journalists and poisoning opponents? Where were we?
Remember Hangman? "First the alien, then the Jew... I did no more than you let me do."
Ask Mr. Obama and Mrs. Clinton how "Tea with Putin" tastes like?
Maybe little bit like Syrian gambit?
Boycott Sochi Olympics!