Goddenwatch: Jean Godden Plans to Run for Council in 2015 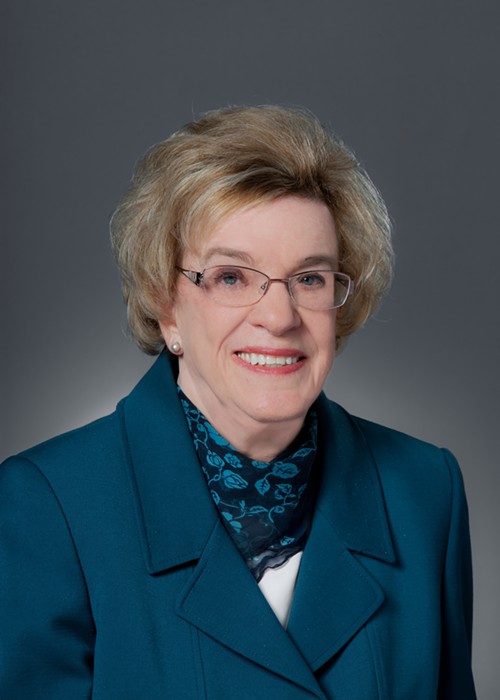 On Friday, I asked all the council members who hadn't yet officially filed to run in 2015 what their plans were. Like I said then, Sally Bagshaw has filed for her downtown district already, while Sally Clark filed to run at-large, and activist Charles Redmond has filed to run in West Seattle's District 1.

Well, I just got an e-mail back from Jean Godden, who turned 82 in October. It read:

I have not made it official yet but I do plan to file. As a “badass bitch” what else would you expect?!

(She's referring to this, by the way.) No word yet, though I've asked, on whether she plans to file for a seat in her home district, District 4, which encompasses the U-District, Wallingford, Ravenna, Laurelhurst, and Wedgwood, among other northeast neighborhoods, or an at-large seat.

Ever since Election Day, the city's political world has been buzzing about 2015 city council elections in this new districted system. What'll it mean? Who'll run? How much will it cost? And while people disagree on a lot of things, I don't think I've talked to a single gossipper/council-watcher/strategist who would've put money on Jean Godden running again. In fact, more than one person said they weren't sure she'd finish her current term.

If she wants to run on an issue, she's certainly been swinging hard for gender pay equity, which since this summer has been heavy on process and light on results. But when the pay equity commission on which she sits presents findings and recommendations in January, it'll be time to kick into gear. Can she push pay equity legislation through council? Will it have measurable results?

If she can make something meaningful happen, then what most people thought was going to be a legacy issue for her will, instead, turn into a campaign issue. Neat trick, Jean!

Comments 19
Tags: Blogs City
The Stranger depends on your continuing support to provide articles like this one. In return, we pledge our ongoing commitment to truthful, progressive journalism and serving our community. So if you’re able, please consider a small recurring contribution. Thank you—you are appreciated!
CONTRIBUTE NOW