The Coffee Pod People Are Getting Creepier

It's selfish, greedy, unethical, and spiteful - but those are pretty much the defining characteristics of successful capitalism.
Urgutha Forka on March 4, 2014 at 2:19 PM Report this

2
Seems like a company could put a good condensed coffee in a Mio type container so that people just needed to add water and heat it. The thing people like the Keurig is the convenience, and there are a dozen other machines.
biffp on March 4, 2014 at 2:21 PM Report this
3
It sucks, but this is exactly what many printer companies have been doing with their ink cartridges for years.

I imagine they're planning some sort of magic chip similar to what the inkjet printers try to do with their ink cartridges.

5
@3 beat me to it. They could even go one better than the printer companies by making the pods with "suicide chips" that start counting down at the point-of-sale, so even if you put them in the freezer or something they won't work if older than two weeks (on some printers the countdown only starts when you install the cartridge).
rob! on March 4, 2014 at 2:32 PM Report this

8
We have one of their competitors here at work. I think it's sort of silly and wasteful, but in other situations, I get it. People like convenience—not totally novel.

In theory those little pods keep more-or-less forever. For the infrequent coffee drinker that likes having coffee on hand (assuming they like the taste of them) they could actually be a more sensible option than throwing away bag after bag of stale coffee.
Dougsf on March 4, 2014 at 2:35 PM Report this

I am by no means a coffee connoisseur, but a $30 Hario hand-burr grinder and a $30 french press make better coffee at a much better price than those pods. (If you are a wimp and don't like manly coffee, you can get an Aeropress or a Clever for comparable prices and less texture)
MemeGene on March 4, 2014 at 2:46 PM Report this

12
Yeah, I'm with @9 -- if someone is rich/dumb enough to pony up the cash to make coffee using pre-fabbed little "pods", you get all the downsides that come with monopolistical activity on the coffee pod-maker's part. Har har.

Convenience costs. Always does. Caveat Emptor.
treacle on March 4, 2014 at 2:48 PM Report this

13
If anyone's curious about the technology, I'd bet they're using RFID tags in the K-cups to identify which are licensed or not. I know other companies have experimented with using these passive wireless tags to identify legit consumables in applications where there's no electrical contact (unlike your printers, laptop chargers, etc.)
maxk on March 4, 2014 at 2:51 PM Report this
14
Your math is a little fuzzy. You can get 80 pods at Costco for about $40.00. A pound of coffee yields about 40 cups so in essence, the cost equates to about $20/lb. When you figure in the convenience and lack of waste that comes from making full pots of coffee, it's all just a matter of preference.
montyb on March 4, 2014 at 2:51 PM Report this

I pay about 3 dollars a pound for coffee (because 90% of coffee drinkers can't tell the difference between $15 a pound coffee and Safeway brand). So no, 7 times the price is not "a matter of preference." It's about twice the price of normal "nice" coffee with a side order wastefulness.
dwightmoodyforgetsthings on March 4, 2014 at 2:56 PM Report this
16
@8 That's me. I drink coffee only a few times a month and it's nice to just be able to pull out a pod. Sure it costs more per pound, but it's not that much money for someone like me who maybe goes through a pound or two a year.

All coffee pretty much tastes the same to me so I can't say if the quality is any different.
giffy on March 4, 2014 at 3:08 PM Report this

17
Is it too soon to start an off-topic war between people with different home coffee preparation preferences? No? Ok then, fuck a bunch of french press! Paper cone all the way! [high fives with Chemex]
Dougsf on March 4, 2014 at 3:19 PM Report this

18
I object to the term "pod people." Just give the Pods a chance, Paul. It's so much better on this side. We have a Pod just for you, Paul. Drink.
MacCrocodile on March 4, 2014 at 3:30 PM Report this
19
the irony of someone in seattle, the birthplace of the 4-dollar-cup-of-coffee, saying some new coffee product is priced solely based on fictitious brand distinctions is making my fucking head explode.

the fact that they are a normally-great writer, and that pods are actually cheaper than coffee at coffeshop, is making the little parts of exploded head re-explode
on March 4, 2014 at 3:31 PM Report this
20
@17:

Be very careful how you answer...

COMTE on March 4, 2014 at 3:33 PM Report this
21
Only pigs brew coffee. I just eat the beans out of the bag. Yeah, my teeth are black, but at least I'm not a fucking sellout.
Fnarf on March 4, 2014 at 3:35 PM Report this
22
Green Mountain Coffee prides itself on "Brewing a Better World" with (you guessed it) "Protecting the Environment" and "Building Demand for Sustainable Products" listed near the top:
http://www.greenmountaincoffee.com/Our-S…

Because requiring the use of little disposable cartridges with every single cup of coffee is just great for the environment.
wxPDX on March 4, 2014 at 3:40 PM Report this

And I have a Keurig and an aero press and a French press and a baby gaggia espresso maker and a pour over filter and cafe sua cups and a percolater for camping.
fletc3her on March 4, 2014 at 4:01 PM Report this

28
They make a reusable filter. You can make fast coffee while half asleep or and don't have to use the pods at all.
tabletop_joe on March 4, 2014 at 4:07 PM Report this 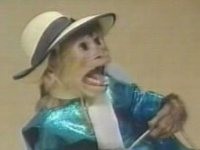 34
@31 - I disagree, paper removes the oil, something I personally prefer.

I sure am particular for someone that will pretty much drink any coffee ever. Even have a very special place in my heart for instant.

35
I use an old Senseo machine because I can get a good strong cup of coffee out of it by simply folding a filter around the coffee. Still fast, always fresh, my coffee, my grind, no plastic waste. Filter and grounds go into the compost bin like little brown hockey pucks.

I wish Senseo hadn't pulled out of the North American market. The machines sell on Ebay for as much as they used to when new. Just not enough people who like European-style coffee I guess.
deadrose on March 4, 2014 at 5:00 PM Report this

How is your aeropress holding up? mine developed cracks inside the outer cylinder after a year or so. Still usable but I don't know for how long.
anon1256 on March 4, 2014 at 5:30 PM Report this

41
I have an aeropress, chemex, french press and a breville BDC600XL. All other coffee preparation methods are crap and deserve to be mocked.

gold filters are tolerated, but paper is better.

The REAL question is, yall are drinking only organic shade-grown rainforest-safe beans.....RIGHT?
JonnoN on March 4, 2014 at 7:03 PM Report this
42
@17 : Bring it, punk. We'll move on to coffee additions next. Mine: black as my heart. (seriously though - I do FP because it stays sweeter and doesn't need milk or sugar)

@41: Even better - the civets get to play with organic shade-grown unbleached cotton toys when they're not shitting out my beans.

The sad thing is that even with multiple brewing systems, it STILL comes out cheaper than the pod stuff... and fresher. I just can't trust ground coffee that sits around forever... it's not Twinkies.
MemeGene on March 4, 2014 at 7:21 PM Report this

43
@41 - I keep my coffee in an opaque container, which shares a shelf with a plant. Close enough?

44
What gets me is all the rich fuckers buying their words by the pound at joints like Elliott Bay Books. I get all my words for free right here at the online Stranger and there is zero difference in quality. Honest.
BLUE on March 4, 2014 at 11:39 PM Report this
45
Reminds me of Makers by Cory Doctorow- in the book, at one point Disney makes a 3D printer-based thing, which is meant to only run on Disney-brand materials. When the tech manager points out that it will be cracked in a week, the boss just points out that they purpose of the DRM isn't to stop people from hacking it, it's to let them sue people at will.
PresN on March 5, 2014 at 12:16 AM Report this

46
The environmental issue is tongue-clucking arranging of deck chairs. If you've set your ass in a jet airplane once in the past 20 years you're 100 times the enviro-criminal of someone who drinks 10 Keurig cups a day.
Clara T on March 5, 2014 at 7:53 AM Report this
47
@46 Dumb argument. You could say that about everything.

For instance - This thing you're tying on right now? Environmentally polluting strategic minerals dangerously mined by forced and exploited labor - not to mention the carbon spewing into the atmosphere by powering the thing. Oh. BUT you're vegan!

And if there was a viable cheap alternative to getting across the Atlantic and Pacific Oceans in under several days, I'm all ears.

Some times we actually HAVE to travel. And since there are no great sailing ships to fairy us in environmentally sound ways across the oceans - guess we have to pollute and fly.

However nobody simply HAS to drink shitty Keurig coffee. There are literally better alternatives everywhere.
tkc on March 5, 2014 at 5:22 PM Report this