Moonie Times Comes Out Against Your Wedding Cake's "Sexual Proclivities"

1
The wedding night is one of the few times even the most prudish in our society will cheer a couple for having sex. Every wedding cake is a celebration of one's sexual proclivities.
fletc3her on March 5, 2014 at 10:10 AM Report this

2
If a bakery advertised they only sell wedding cakes in the shape of a cross, I don't think they'd get a lot of gay customers.
Pope Peabrain on March 5, 2014 at 10:13 AM Report this

3
"the people the despise most, men and women of faith" 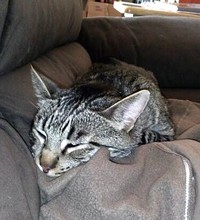 6
I'm getting married next year. My wedding cake, much like Dan and Terry's, is going to be pantasteual. It will be fruity and creamy. It'll have multiple flavors that anyone would crave and leave people in ecstasy. It's gonna be the Frank N. Furter-meets-Jack Harkness of cakes. I just hope I can shield it from discrimination by the gluten-intolerant.
ladycrim on March 5, 2014 at 11:17 AM Report this

7
@2 - What about a St. Andrews' cross?
sanguisuga on March 5, 2014 at 11:19 AM Report this
8
A church is a private organization which is intended to preserve and promote certain values beliefs, and which limits its membership to those who (presumably) share those values and beliefs.

A bakery is not a private organization. It has no membership. It promotes no beliefs, beyond the belief that white flour and white sugar, mixed in the right proportions, can be delicious. Its purpose is not to preserve and promote any values. Its purpose is to make money by selling cakes to anyone who was sufficient cash or plastic in hand.

If a same-sex couple walks into a bakery and orders a cake, the baker might be personally offended, but it is not the duty of the baker to limit his business to those who share his values, and it is certainly not his duty to cast judgment on anyone else's values; it is the duty of a baker to sell cake.

Moreover, unless the baker makes a point of questioning each and every customer who wants a wedding cake about their personal lives and religious beliefs (Do you use contraception? Have you ever had an abortion? Have you had sex outside of marriage? Are you divorced? Do you share my faith? Do you even belive in God?) and does so with the understanding that he will deny a cake to anyone who gives the wrong answers, his choice to deny a cake to a same-sex couple is not an exercise in religious freedoom; it is an exercise in bigotry.
Clayton on March 5, 2014 at 11:22 AM Report this

10
Marco Rubio was asked about his position on this on last Sunday's Meet the Press. He said he supported the ability of bakers, photographers, etc. to refuse business, but didn't think anyone wanted restaurants to be able to turn LGBT patrons away.

David Gregory, of course, didn't even ask him why those two situations were any different. Or what would happen if a gay couple wanted to rent a restaurant's banquet room for their reception.

11
I'm baffled by the way these businesses only seem to object to providing services to gay weddings and not all other gay customer requirements. They have no issue with a bouquet bought by an LGBT customer for home decor, or a takeout box of muffins. It's only wedding cakes, wedding flowers. I just don't get the distinction.
originalcinner on March 5, 2014 at 11:27 AM Report this

14
Our wedding cake had two zebras on top of it, and consisted of fruits and nuts. (blackberries & pistachios - Yum!)

Would the WaTimes have a problem with that? If so, they can fuck right the hell off. Again.
treacle on March 5, 2014 at 12:00 PM Report this

17
I'm still trying to figure out how saying you're getting married announces your sexual proclivities. Unless I go into detail, you don't know if I like it in the ass, in the mouth, frotting only, with whips and chains, or if we're asexual and just cuddle.

20
@6 Any cake that includes Jack Harkness is A okay in my book. MMMMM omnisexual desserts.
forcrimeinitaly on March 5, 2014 at 3:12 PM Report this

21
Where is this magical land of cakes that fuck? If I'd ever met a cake with sexual proclivities, my life to this point would have been far more interesting.
quix on March 5, 2014 at 6:25 PM Report this
22
"Our wedding cake had two gold cocks on top."

24
They try to pass out The Times free at subway stations in DC sometimes... and NO ONE ever takes one.
Sandiai on March 6, 2014 at 1:00 AM Report this
25
Okay I hate 95% of people so much sometimes, but may I share a restoring faith in Humanity moment:

I don't guarantee that The Inn At Morro Bay is still this cool, but when I worked there they provided a huge deck right on the bay. On a day around 1996 the people in the most expensive rooms ($450 a night or more) saw two women in tremendous bridal gowns walk down the aisle.

Both families attended in huge groups, and when they had the reception in a banquet room right off of the kitchen, and there were fifty or more people dancing to We Are Family, well you know, I'm crying while typing, I was so proud for everyone there, I wanted to dance with them so much it still kills me.
SifuMark on March 6, 2014 at 12:43 PM Report this