Ben Livingston
Back to article

1
They asked you to leave? WTF? The Stranger has to be the most pro-pot media in the fucking state. You guys more-or-less actively campaigned for this. And they kicked you out?

What a moron. They should have been begging you guys to cover it.
Reverse Polarity on March 15, 2014 at 10:49 PM Report this 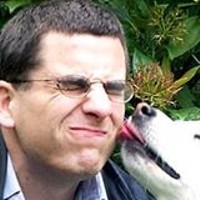 2
@1 It wasn't the folks who put on the show, rather the fella who runs the pot-friendly event center. Like I said, it was certainly an awkward moment—not atypical in the weed world—but other than that sudden finale, the event itself was good times.
ben@hemp.net on March 15, 2014 at 11:22 PM Report this
3
Thank you for keeping us updated. However, considering how behind Washington is to Colorado I am having a really hard time getting excited. Isn't the earliest date for open recreational shops this June with the possibility of delays until June 2015?

7
@6: Agreed. There was no such emergency happening at the time, and Jeremy Cooper from Magical Butter mentioned no such situation when he asked me to leave the building. I've asked others who were there at the time, and nobody noticed anything that he (@5) claims was the reason he singled me out for eviction.

11
@10 He could've indicated any such thing to me when he asked me to leave. Plus there was a room full of vendors and others still, and he didn't seem concerned about hurrying them out. I will try to do more research. So far I have heard a number of stories where Mr. Cooper kicked people out of the facility in an angry fit. He was certainly nice enough about it with me, but like I said, it was awkward—using the excuse of a medical emergency would've been much smoother.
ben@hemp.net on March 16, 2014 at 6:10 PM Report this
12
Everyone was rushed out the door at the same time, right before the ambulance arrived. Your abrupt dismissal was a effort to insure there were no photos taken of the incident. I would hope that you could understand this discresson.

I will remain sceptical of your integrity as a reporter when you quote hearsay, assumptions, and pissy opinion while ignoring your resposnsability to find facts.

Mr. Cooper has shown nothing but generosity and professionalism the several times I've been to the MB studios.

The Mad Viking on March 16, 2014 at 7:51 PM Report this
13
@ 12. Right, as if nobody has a camera on their phone or hell, could be
wearing a spy cam. Note to self: Wait for the real business folks in I-502
rather than deal with paranoid dabbers. Mr. Cooper types will be "weeded" out
in no time flat. See? I can ad hominem, too! (disclosure: I don't agree with
Ben most of the time, but his info is pretty solid).

14
@12 Were you there on Saturday? To be clear, I haven't quoted any hearsay, assumptions or pissy opinion. At your urging, I've been asking around, and I have heard numerous unfortunate stories from people directly involved those situations. I'm sure it's not what you want to hear—it's not what I want to hear either—but that doesn't automatically mean a handful of people with similarly negative stories are a bunch of coordinating liars.
ben@hemp.net on March 17, 2014 at 3:15 AM Report this
15
We at Vuber want to say KUDOS to MJBA, Magical Butter and all the vendors and sponsors for hosting a fantastic event! We were vendors and we were hurriedly yet politely asked to leave as well. I think the event staff handled the situation the best way they could to be respectful of the person with the medical emergency while otherwise avoiding negative press. Jeremy is a super cool guy and was an awesome host.

For all those that stopped by the Vuber table THANK YOU FOR YOUR SUPPORT!

And a special thanks to Ben for posting this awesome article and stopping by our table to speak with us.

One small step for Cannabusiness, one giant LEAP for VUBER...
on March 17, 2014 at 8:35 AM Report this
16
Well, considering there was probably 100 million dollars worth of businesses in the room. No smoking or dabbing was allowed, and there were more suits in the room than white kids with dreads. So I guess this event wasn't for your audience. who's apparently more interested in scandal than supporting the community who are more passionate about your freedom to continue your sloggy blog, than they are about their own agenda.

Mr. Cooper is a good guy. Your information to the contrary is devisive.

I saw you at the event, not once did you ask why I was there or even what my product was about. And from your descriptions of the exhibitors, I'm guessing you were there for the dabs, but went home sober and feeling left out.

I dare you verify your sources and report the facts.

I hosted a Legal Cannabis Day celebration at Seattle Center and called 911 twice during the event (I learned that if you want Center security to disallow entrance to obviously-intoxicated people, you have to specifically instruct them to do so). The second time, I had to ask a group of straggling stoners to clear the premises. To do this, I thanked them for coming, calmly and honestly informed them that I had called in the medics to assist with a medical situation, and requested their help in clearing the room.

Contrast that to simply being told "we are closing up here," inquiring if I am being asked to leave, and being told, quite simply, "yes." I described it as an awkward stoner encounter, which I thought was fair given the information provided me. I hung outside the building conversing with pot people for another 15 minutes at least, and received no inclination that the medics had been called to the scene prior to that.

@16: I'm sorry I didn't talk to your business. I was trying to collect business cards from the remaining tables when I was asked to leave. I was there for about 90 minutes and spoke with WA Seed Bank, MPSI Security, Washington Bud Company, Green Thumb Logistics, Eden Labs, Dime Bag Scales, Vuber, Nana's Secret, Empower Oil, MJBA, and a few other folks. I never made it past the Vuber table, so missed half the room. I wasn't there for the dabs, and I didn't leave feeling sober despite your claims that marijuana consumption was strictly prohibited. Please, tell me about your product at ben@hemp.net.

ben@hemp.net on March 17, 2014 at 1:22 PM Report this
18
Actually I'm okay not telling you about my business, you or your readers, at least not the negative commentators on this blog -- wouldn't understand what we do.

It would be the right thing about now to apologize for your missives about Mr Cooper.

BTW, what happens in the VIP room stays in the VIP room.
The Mad Viking on March 17, 2014 at 5:13 PM Report this
19
Apologize to Jeremy?
How long have you known him?
The Mad Viking, Jeremy Cooper has messes to clean up in the community. Big Messes. I would think twice before you defend him. What he has done to others he will and can do to you. Ben does not need to apologize for writing what he feels, it is his column. Jeremy has already burned bridges in the community and will continue to do so because that is just who he is. I hear Pete and Dave were not even at the event, which means they probably had enough. He is abusive and a liar and in it for himself, not you or what you are doing, and certainly not in it for the patients or even the community.