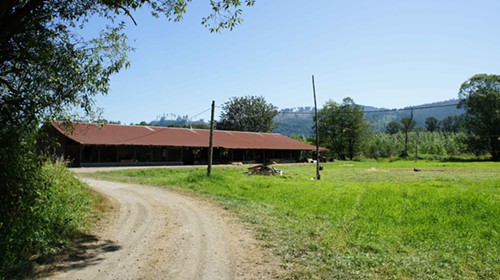 Every summer for the past five years, an eclectic group of scientists, activists, architects, philosophers, artists, and other thinkers has traveled up to Smoke Farm for a weekend of presentations, discussions, camping, eating together, and exchanging ideas.

It's called the Smoke Farm Symposium—Christopher Frizzelle wrote a nice Suggests about it last year—and tickets are now on sale for this summer's event on the weekend of July 26.

Past speakers have included Soros and MacArthur Genius fellows, ant biologist Deborah Gordon, members of the Black Panther Party and George Jackson Brigade, co-founder of Occupy Wall Street Micah White, journalists Will Potter and C.S. Soong, performers David Schmader and Sarah Rudinoff, Stranger publisher Tim Keck, and bunches of others. It's co-hosted by Stuart Smithers, who teaches Buddhist and Marxian studies at the University of Puget Sound, and by me.

The full details are on the ticket page, but this year's speakers will be:

* University of Washington biologist Elizabeth Van Volkenburgh, who works in the controversial field of plant "behavior" (Michael Pollan recently wrote about her and her cohort in the New Yorker).

* Journalist, author, and editor Sasha Lilley (Against the Grain, PM Press) will discuss "catastrophism" and "the apocalyptic politics of collapse and rebirth."

* Philosopher John Douglas Macready, who thinks about human dignity, mass incarceration, and Hannah Arendt, will give a talk on fashion and the construction of "the symbolic self."

* Photographer Christoph Gielen will talk about his aerial studies of human sprawl including suburbs and prisons.

* And our very own Charles Tonderai Mudede is contemplating a talk titled "Adventures with Thomas Piketty."

* This year's chef will be Monica Dimas, formerly of Monsoon, Spinasse, Le Pichet, and others, now sous chef at MKT.

Tickets are only a $15 suggested donation for the talks and dinner. Nobody will be turned away for lack of funds (but if you want to come for free, please sign up on the ticket page for $0 so we know how many people to expect).

Comments 1
Tags: Blogs Nepotism
The Stranger depends on your continuing support to provide articles like this one. In return, we pledge our ongoing commitment to truthful, progressive journalism and serving our community. So if you’re able, please consider a small recurring contribution. Thank you—you are appreciated!
CONTRIBUTE NOW