1
Here's a true story that was burned into my 22 year old brain for all time:

Just out of college. At an accounting seminar. This is 1977 -- very few women in accounting then.

I was sitting next to a woman who not only was a CPA and had been for 20 years, she had her own firm. Very very rare bird.

She tells me that she LOVES to hire women. I'm thinking in my baby feminist mind -- good, here we go, sisterhood is powerful!

And she says -- women do a better job, they are more detail oriented (necessary for accounting!) -- and they don't ask for as much money.

It's been 37 years. Women are finally starting to speak up. Don't let this asshat stop you. Ask for more because you are worth it, because you want it to be "fair."

Be as annoying as men are, and the pay gap will close.

2
Women: those faithless hussies.
The Accidental Theologist on October 9, 2014 at 5:02 PM Report this
3
If you want to know why women earn less and advance less, ask transgendered people, who are becoming more and more common in the workplace. They will ALL tell you how their treatment changed dramatically when they changed. The exact same behavior that is called "take-charge" in men is called "aggressive" or "bitchy" in women. Women are disregarded when they speak in meetings, and they never even come to mind when promotions and raises are being considered. Women's work of equal quality to men's is consistently challenged by her peers in ways that the men's is not.

By isolating and manipulating gender as a variable and holding all other variables—skill, career, personality, talent—constant, these individuals reveal exactly the way one’s outward appearance of gender affects day-to-day interactions.

One man in the article was told to his face how much better his work was than his "sister's", by someone who did not realize that they were the same person.
Fnarf on October 9, 2014 at 5:16 PM Report this

4
Whenever I try think about the one high-profile woman I've hard about at Microsoft, I think of Julie Larson-Green aka The Mother of Metro in Windows 8.

But, speaking of pay gaps, I notice there's not a lot of women in The Stranger editor roles and other higher up positions. Is there a gap in your offices too and is it more or less than average ?
ChefJoe on October 9, 2014 at 5:22 PM Report this
5
Had a friend faithful employee for 15 years running a small magazine

New guy comes in to run advertising and she finds out he's making nearly $20,000 more than she is -- to start.

When she questioned the publisher about the fairness, he replied, "He asked for more."

The same publisher then proceeded to run that magazine into the ground, but that's another story.

6
Nadella is a Microsoft lifer. What a dumb fucking move putting somebody like that in charge of that echo-chamber, circle-jerk of a culture. A fatal myopic move.
Karlheinz Arschbomber on October 9, 2014 at 6:08 PM Report this

7
@4: Judging by the masthead (and there's obviously some interpretation and guesswork involved):

• Among all listed staff with "editor" somewhere in the title, I count 6 women and 10 men (with director/publisher and EIC all occupied by men, except Nancy Hartunian, listed as "Reader Interactive Director").

• Among supervisor/manager-level job titles (again, open to interpretation), I count 17 women and 17 men.

That seems pretty good except at the tip-top levels, and that's probably a matter of founding staff (like Dan and Tim) who remain. Obviously I can't speak to comparative salaries.
rob! on October 9, 2014 at 6:15 PM Report this
8
Actually Microsoft is in line with Google and Facebook and pretty much all tech companies, all around 70 percent male. Not a defense, just pointing out it's a widespread problem.

9
@7, how does "reader interactive director" contain "editor" in the title ? You count copy editor ?

M:F with editor in the title in "editorial and above" is 9:5... if you skip the word "editor" it's 20:11 going all the way down to columnists. Not that far off from Microsoft percentages, but I guess the newsroom isn't unionized either.
ChefJoe on October 9, 2014 at 7:05 PM Report this

11
and that's not how karma works.
Max Solomon on October 9, 2014 at 7:08 PM Report this
12
For fuck's sake this article is mostly blustering. Nadella says "trust the system" at a women's conference and makes a quickie correctional tweet. That's all that fucking happened.

Everybody has to pull the quotes and oh-my-god and this-means-that on their own because other people saying the same things doesn't count because they got the pageviews.

People who want to read this yelly vapid crap can get plenty of it on Jezebel.
The CHZA on October 9, 2014 at 7:42 PM Report this
13
Seriously. Everyone chill the eff out. Employees of either gender in tech are not allowed to ask for raises. You bust your ass and you hopefully earn a raise. You don't just go asking for a bunch of extra money because you think you're underpaid no matter your pay grade.
on October 9, 2014 at 8:20 PM Report this

16
Interesting however, that if you insert the word "just" as the third word into that quote it reads differently, like this:

It’s not just really about asking for the raise, but knowing and having faith that the system will actually give you the right raises as you go along.

I've been in the tech industry almost thirty years. Having 70 percent of the workforce male is not a problem - it's the culture of the industry. There just aren't as many women that are interested in the geeky tech world. I think this will change because the new generations are being brought up with technology but it will take time for the interest to build.

And watch out for charts on pay comparisons in the tech industry. If they lump all women together of course the pay will be significantly lower because there are so many women in the role of Admin as opposed to men in that role. But if you do a job by job comparison the pay gets pretty close to equal. My friend and I are paid the same for the same technical role.
MarkusTaylor on October 10, 2014 at 2:30 AM Report this

21
@19 That 70% male figure is for the entire company, and I can tell you from experience that HR, finance, legal, and especially Administrative assitants as well as other nontechnical roles is where most women at Microsoft are working. In technical roles men take up 90%+ of the workforce.
pragmatic on October 10, 2014 at 7:35 AM Report this
22
@19 there are just as many women interested in tech, but they are not interested in constantly battling this type of bs that relies on subjective bias to determine who's deserving and good. Imagine working for a guy using an ancient religious construct (that is often used to rationalize injustice and not even a real thing anyway) to determine who gets a raise.
whatevercathy on October 10, 2014 at 8:34 AM Report this 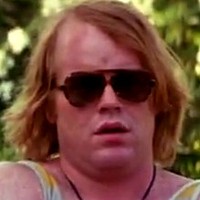 23
I think the real story here is that Microsoft cares enough about gender equity that they sent the CEO of the company to a conference that's focused on gender equity. Good on 'em. Let's guess that this is the last time that will happen, thanks in part to our insatiable desire to excoriate anybody that opens their mouth and doesn't say exactly the correct thing. That's tragic, and is a greater setback to the gender equity struggle than anything one CEO might say.

That he doesn't demonstrate a complete understanding of the issues puts him in good company with most of the rest of us.

The more interesting number than the 70/30 overall split is the split for technical positions. That's about 83/17, and it's recognized to be typical for the industry. Mostly, software engineers have college degrees in technical fields such as computer science. And 17% women in technical graduating classes is also fairly typical. So a company that's hiring 17% women into starting positions isn't exhibiting bias in hiring.

Actually, the 17% is for current employees - not new hires. An enduring problem in gender equity is retention. We find that at every step of the pipeline - both before and after graduation - the gender balance degrades. Is that on Microsoft, or is that on everybody - parents, educators, co-workers, a social system that still makes child-rearing primarily a women's job, and a political system that fails to provide adequate support to mothers? Oh, and internet commentors - let's not forget the key role we play.

Wow, you sure debunked the myth of the salary gap there. Nice work, chief.
Backyard Bombardier on October 10, 2014 at 10:25 AM Report this

28
@27, did I ? From the article, the men seem to cluster into higher paying subdivisions. Did anyone examine the salary gap at Microsoft on a division-by-division basis ?

Men’s representation was highest among nurse anesthetists at 41%.
Male nurse anesthetists earned more than twice as much as the male average for all nursing occupations: $162,900 vs $60,700.
ChefJoe on October 10, 2014 at 10:45 AM Report this

29
@28: Again, nothing in your post refutes the existence of a salary gap between men and women. It reinforces it.

We are aware that one of the reasons men get paid more on average than women is that they are more likely than women to be in the higher-paying positions of any particular job classification.

Understanding why that is, systemically, and working to change it is key to addressing the salary gap.

You can't just say "Men get paid more than women because men are in jobs that pay more."

(Well, you can, but you'll be an idiot with nothing to contribute to the conversation.)
Backyard Bombardier on October 10, 2014 at 11:27 AM Report this
30
Indian man says something sexist!

31
@29, so you're saying that we should institute hiring preferences for men in female-dominated jobs like nursing and for women in male-dominated jobs ? Would government funding for programs that encourage men to explore nursing be a good idea ?
ChefJoe on October 10, 2014 at 1:23 PM Report this

32
@31 No. That is not what I am saying. Not even close. Do you have difficulty with reading comprehension? Should I use smaller words?
Backyard Bombardier on October 10, 2014 at 1:32 PM Report this

33
@32, so how do you suggest we "Understanding why that is, systemically, and working to change it is key to addressing the salary gap."
ChefJoe on October 10, 2014 at 1:43 PM Report this

34
anesthetists are a specialization in nursing, not a "white collar" position in nursing. A regular RN isn't going to become a CRNA without added training.

It's one pathway to make sure women can be promoted to top ranks of their field, but what about the whole issue with women-dominated fields being lower income earning, like teaching ?
ChefJoe on October 10, 2014 at 1:49 PM Report this

The Simple Truth about the Gender Pay Ga…

Debunking the Myth of a Mythical Gender …

39
@ 38, the only solution @35 is proposing is that you solve your perception issues and admit that women are unfairly paid less than men. Will you now admit that you were wrong to argue otherwise?
Matt from Denver on October 11, 2014 at 5:56 AM Report this

40
@38: What @39 said. Wage inequality is a complicated problem. There are no easy quick fix solutions. And addressing the problem in any meaningful way requires admitting that it exists in the first place.
Backyard Bombardier on October 11, 2014 at 8:58 AM Report this

Women?!! ha! stop asking for special treatment and calling yourself out as DIFFERENT.

Where's the woman equivalent of Al Sharpton to turn a generic capitalism issue into a women-only issue. Junk issue. ignore it...next...?
on October 12, 2014 at 9:11 AM Report this
43
@ 30 "Indian man says something sexist! That plus sports and weather at 5! "