I have access to exactly one and only one carrier on the planet who will bring any form of wired internet into my home. The telephone company won't. They maxed out their DSL infrastructure years ago and won't add any customers to it because FiOS, but they still haven't built that out into the "hinterlands" of a densely populated county with 1% of the entire country's population. Only one cable company is allowed to string their cables here, because they won the contract / concession / whateverthefuck from the City.

So, Republicans are for a Soviet One Party State of the Internet. Pass the word.
Brooklyn Reader on November 11, 2014 at 11:27 AM Report this
3
Tear down that net neutrality wall, Mr. BenghaziCare. 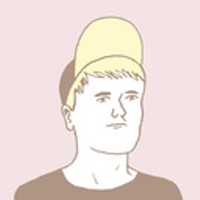 4
Net neutrality is ultimately good for the free market. So... ideologically, the GOP should promote neutrality.
Mike Force on November 11, 2014 at 11:43 AM Report this
5
Too bad they won't go all they way getting the government out of the Internet and make the NSA stop putting in back doors and making every company hand over all their user data and intercepting traffic anywhere they like.

Maybe Comcast plans on charging the taxpayer extra for the traffic spying on the taxpayer.
Ph'nglui mglw'nafh Cthulhu R'lyeh wgah'nagl fhtagn on November 11, 2014 at 12:25 PM Report this
6
Clearly what President Obama needs to do for the last 2 years of his administration is to express support for every tea-baggy right-wing nut job idea out there. Given the GOP 's current default mode of "if'n Mr. Black President is fer it, we're agin' it", it seems like a sure-fire way to reverse - psychology his agenda through congress with little or no trouble.
COMTE on November 11, 2014 at 12:26 PM Report this
7
@4

If you can show me a "free market" that the GOP actually supports, I'll give you a magic unicorn.

Have you seen Windows 10?

12
comte, that is a hilarious idea.
in-frequent on November 11, 2014 at 12:48 PM Report this
13
Another argument that I've been seeing in my FB feed is that Obama is trying to make the Interwebs free to encourage the entitlement society and handouts and blah blah blah. It's usually accompanied by a photo of the Obamas watching TV.
bassplayerguy on November 11, 2014 at 12:50 PM Report this
14
The GOP has never been, nor ever will be, for a "Free Market." That along with their fake-ass every man pseudo-patriotism is just one more knick-knack they pile on top of the pile of shit they shovel to keep the wealthiest interests in the world wealthy at any cost.
tkc on November 11, 2014 at 12:53 PM Report this
15
"...it's a utility that Americans need to accomplish ordinary tasks in their day-to-day lives, it requires more oversight"

It's misleading to characterize treating the internet as a utility as giving it more 'oversight'. This could well play into the hands of those on the right who want to spin the issue so that it becomes about giving the government more control over content and more opportunities for spying. Net neutrality is about opposing forces that would restrict or hinder the free flow of information it is not about giving the government more oversight over this flow.
Rhizome on November 11, 2014 at 1:24 PM Report this
16
What's ironic, is that ONE WEEK before his anti-net neutrality statement, Cruz tweeted that the internet shouldn't be taxed.
... Yet charging certain services would be exactly that, a tax on bandwidth.

The dude is nothing but an obtuse partisan hypocrite.
Two Replies on November 11, 2014 at 1:32 PM Report this

Your kernel is showing.

Please crawl back into your quick and dirty OS, and stop crashing in our sandbox.
on November 11, 2014 at 3:39 PM Report this

20
@16- When private agencies do it you can't call it a tax, and therefore it is OK with the GOP. That sort of rent-seeking is their favorite kind of capitalism.
dwightmoodyforgetsthings on November 11, 2014 at 4:09 PM Report this

22
@11
"Natural monopolies" are basically a Myth. Cable companies, for example, grease the palms of government and receive government kick backs. And no, that old lie about Standard Oil doesn't hold water either "Far from being a “monopoly,” Standard’s share of petroleum refining was approximately 64% at the time of trial."
Source: http://capitalism.org/antitrust/what-abo…
collectivism_sucks on November 12, 2014 at 10:55 PM Report this

23
First Mr Constant(ly wrong) Comcast also donates money to Democrats:" Comcast gave $225,000 to the Democratic Governors Association this year, according to the Center for Responsive Politics."
Source: http://arstechnica.com/business/2014/08/…
Second, the problem with so called "net neutrality" is that it opens the door for more and more government control and monitoring. Do you REALLY think Obama will not slip new powers to the NSA in his "net neutrality" bill?
But I forgot: Obama can do no wrong. Just ask those non-existent kids he killed with drones in Pakistan.
collectivism_sucks on November 12, 2014 at 11:02 PM Report this

24
@20
Where does it say anyone is entitled to internet? No one is. It is a RIGHT, but not an entitlement. Just as someone has the RIGHT to have gay sex, no one is entitled to free cock and ass. Likewise no one should be stopped from using the internet if they want to, but government has no responsibility to provide it from anyone anymore than they have the responsibility to provide cock and ass.
collectivism_sucks on November 12, 2014 at 11:05 PM Report this

25
@23: Um, Mr. Constant didn't say that Comcast didn't, or that it was somehow slanted to the right. Your link actually supports the overall point that "Comcast gives politicians money and then those politicians stump for them". Your second point is entirely speculative; it smacks of the histrionic and entirely baseless rumors spread about Obamacare.
@24: Where does dwightmoodyforgetsthings say that anyone is entitled to internet? It's not like his post even touched on that issue. Your response is entirely out of left field.
venomlash on November 13, 2014 at 11:43 AM Report this

26
Just a reminder, c_s, you're a lying weasel who complains when others call him out on his utter inability to fact-check his posts.

@22: You're the only one here to mention Standard Oil, but here, I'll play with you a bit.
Your link (from capitalism.org, of all places) quotes Dominick Armentano thus:

The little-known truth is that when the government took Standard Oil to court in 1907, Standard Oil’s market share had been declining for a decade. Far from being a “monopoly,” Standard’s share of petroleum refining was approximately 64% at the time of trial. Moreover, there were at least 147 other domestic oil-refining competitors in the market — and some of these were large, vertically integrated firms such as Texaco, Gulf Oil, and Sun. Kerosene outputs had expanded enormously (contrary to usual monopolistic conduct); and prices for kerosene had fallen from more than $2 per gallon in the early 1860s to approximately six cents per gallon at the time of the trial. So much for the myth of the Standard Oil “monopoly.”

First off, Mr. Armentano is a nut. Why do I say this? Well, he used to be a writer for the Koch-founded and -funded Cato Institute. Why "used to"? Because they dropped him after he wrote a column alleging that UFOs are a serious public policy concern.

Secondly, he's a nut who can't even get his damn facts straight. (Assuming that the citation-less quote is accurately representing his words.) Standard Oil wasn't sued in 1907, but rather in separate cases in 1892 (resulting in its reformation as a holding company) and 1909 (resulting in its dissolution). The 64% figure actually comes from 1911, when the Supreme Court upheld the 1909 case and forced Standard Oil to dissolve for good. For comparison, Standard Oil controlled 91% of oil production in 1904, before SOCNJ v. United States began in 1909.
For the record, I've been unable to find the quote in any primary-source material, nor have any references for the claims made within come to my attention.
venomlash on November 13, 2014 at 12:03 PM Report this

27
@24- You wrote that in reply to my comment @20, yet nothing you wrote has anything to do with what I wrote.
dwightmoodyforgetsthings on November 13, 2014 at 4:16 PM Report this
28
@24. Thanks for acknowledging my right to gay sex. And, fwiw, I have never paid for cock or ass in my 40 sexually active years. Unless you count theatre tickets or restaurant checks.
Clayton on November 16, 2014 at 8:29 PM Report this