The Top Five Things to Do in Seattle Today: Escape from New York, Jeffrey Osborne, the Dickies, and More 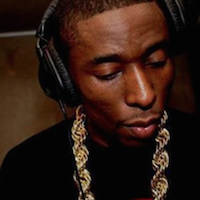 BRONWYN MAULDIN
Fri Feb 6 at 7 pm at Elliott Bay Book Company
Love Songs of the Revolution is a novel about an "official painter for the Lithuanian Communist Party" whose life is tossed into turmoil when capitalism breaks through the Iron Curtain in 1989.

JEFFREY OSBORNE
7:30 and 9:30 pm at Jazz Alley
Osborne is one of those R&B singers—much like Frankie Beverly—who may be somewhat obscure to mainstream America (or maybe just folks born after the 1970s) but whose voice would be recognized in milliseconds in most black households. His u-black-quity, if you will, is such that in 2013, President Barack Obama mistakenly and repeatedly referred to UK Conservative Party MP George Osborne as "Jeffrey." (Hey, maybe white folks call him "Ozzy.") Read Larry Mizell's excellent profile of Osborne here. 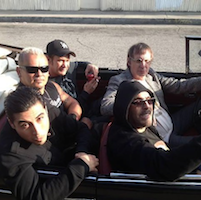 THE DICKIES, DREADFUL CHILDREN, THE WITCHES TITTIES, AND GUESTS
Fri Feb 6 at 8 pm at El Corazón
At a recent Witches Titties show, one of the two lead singers snarled demands at the audience to come closer into to the front, the other insisting that she was 40 and no one fucking scared her; to her left, a terrifying masked cabaret puppet man danced aimlessly around the audience throughout their set. The two frontwomen fiercely envelop the crowd like wolves cornering a herd of stunned sheep, while the band behind them plays dark, menacing femme pop. Strangely, Witches Titties’ songs don’t actually stray too far from the confines of their teenage-rebellion/leather-jacketed/Ramones roots (one song is called “Tombstone High,” a little dark NOLA witchiness traced with bubblegum punk). Witchies Titties are the most punk-rock band in Seattle right now, and opening for pop-punk legends the Dickies will surely help them recruit new members for their coven.

Looking for more things to do? Check out The Stranger's entire events calendar here.