I Told You So: The Dance Cartel Show at Velocity Was Unbelievably Good

Reggie Watts and Amy O'Neal in OnTheFloor Tim Summers
At the opening night of The Dance Cartel’s Seattle show, OnTheFloor, I stood between a pair of cool dads in band shirts and watched as a dancer jumped on my friend’s back and pretended to ride him like a horse. Pink and white lights flashed through the room and the bass reverberated through my boots. OnTheFloor, with about an 80/20 ratio of theatrical spectacle to open-floor dance party, is a successful new phenomenon that combines social club dance vibes with some of the most innovative and beautiful movements coming out of the professional dance scene at the moment. The performance is spread out all over the room so there’s no ideal vantage point from which to observe. It’s a social situation as much as it is a performance, and as the photos below will attest, everyone’s in it together.

At the beginning of the show, DJ WD40 played snippets of electronic music, R&B, showtunes, rap, ending with Elton John, and the dancers—including stellar locals Markeith Wiley, Aurora Hull-Mullins, and Dani Tirrell—switched up their movements and moods at each seemingly improvised segue. Longer, dramatic dance numbers followed a woman danced (figuratively) to death under the pressure of perfection, a man freaking out and miming a barfing attack on an audience member’s shoes, and a couple dry humping in an over-the-top duet to Boyz II Men’s “I’ll Make Love to You.” 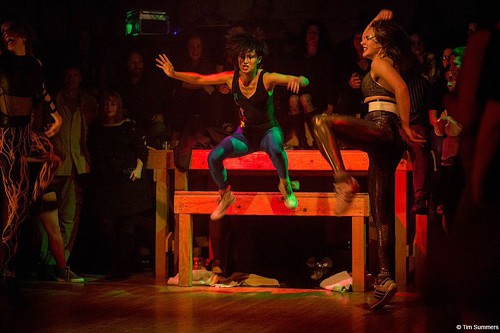 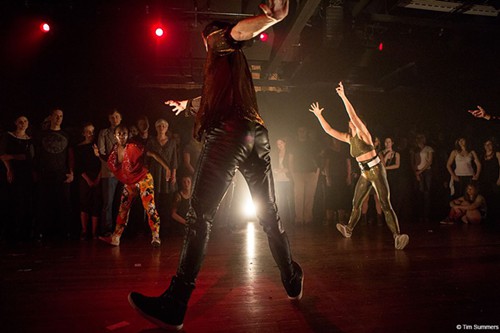 On Friday night, The Dance Cartel was joined by local choreographer Amy O’Neal and comedian/musician/hair legend Reggie Watts. Watts beat-boxed and sang as O’Neal moved around the dance floor in a series of B-boy steps, balletic leg extensions, and mesmerizing rhythm. As her solo drew to a close, O’Neal licked her fingers, pointed them like a pistol and then blew it out in perfect time with the end of Reggie's song. The Dance Cartel’s Carnival-style number parted the crowd with sheer force of energy, arms and legs flying up into the air in unison as they traveled through the room together to close the show and start the dance party. 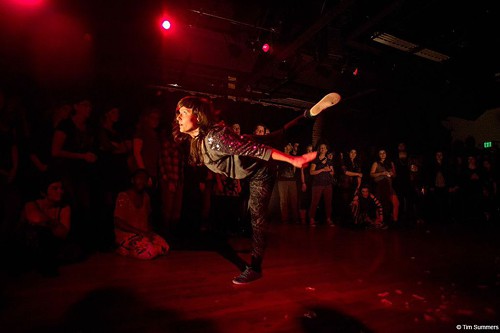 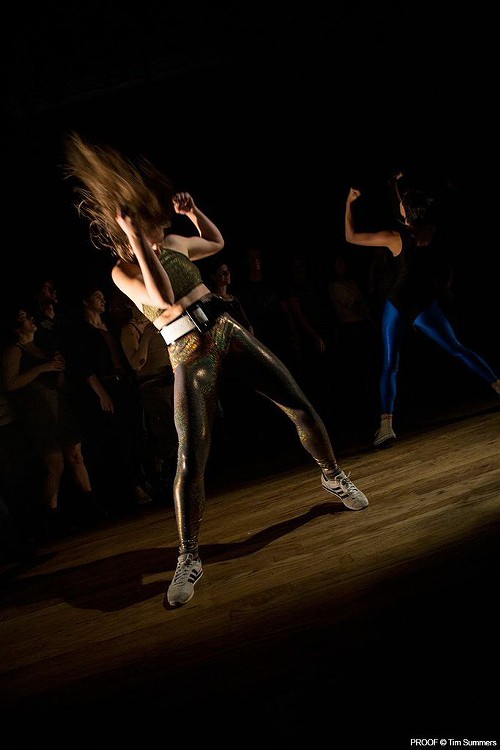 Despite the moments of silliness, there performance abounded with physical and emotional depth. The Dance Cartel’s movements, timing, artistry, and physical stamina were breathtaking to behold. 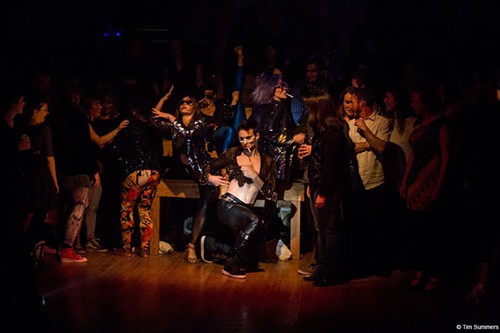