The Definition of Insanity: Gay Republicans

3
Trump: "Marriage is a sacred institution between one man and one, much-younger, immigrant third wife."
DAVIDinKENAI on February 11, 2016 at 12:24 PM Report this

4
They're still bending over, Dan. On cue. Some things, some people, never, ever change. They just can't cut it out, cause, I don't know, it might grow back? Or some stupid reason. Pathetic.
despicable me on February 11, 2016 at 12:30 PM Report this
6
The nice thing about the political left adjusting their rhetoric is that shithead log-cabiners don't get the special excuses and kudos that they used to when Dem candidates gave weak-ass defenses (if that) of gay marriage. We can move on, log cabiners can keep trying to not bother their superiors or make waves because their tax monies are more important than human rights.
undead ayn rand on February 11, 2016 at 1:23 PM Report this
7
And on the OTHER HAND the reason these gays are Republicans is their commitment to rapacious and cruel economic policy, and chickenhawk war mongering. So there's that.
Ph'nglui mglw'nafh Cthulhu R'lyeh wgah'nagl fhtagn on February 11, 2016 at 1:46 PM Report this
10
The other definition of insanity: straight republicans.
podcaf on February 11, 2016 at 2:13 PM Report this 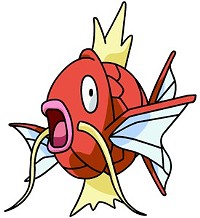 21
I've been toying with the possibility of the Republicans splitting into the Republican Party and the Freedom Party (because those sanctimonious chucklefucks always think they're the only ones sticking up for Truth, Justice, and the American Way). The latter would get the nutcase reactionaries and the religious conservatives, and the former could maybe go back to actual economic conservatism and adopt social moderacy. It would be a pretty good situation for the country, I think; it would give conservatives who aren't total nutbars (like Mark Kirk and John McCain) a place to go and actually vote their conscience, and with the radicals gone maybe the GOP could drop the strict demands for absolute conformity and let people side with the Democrats or the Freedumbs as they saw fit on any given vote.
Naturally, this fragmentation of the Right would give the Left a little more leeway to split a little as well. We might end up with a four-party system, with Labor and Democrats forming a leftist bloc and Republicans and Freedumbs forming a rightist bloc, with the Dems and Pubs actually able to cross the aisle more often due to the radicals having their own parties. I'd still vote D most of the time, being a moderate liberal, but I'd certainly vote for L candidates if they showed promise, and I could even vote for the occasional R secure in the knowledge that I was voting for a single reasonable candidate rather than a whole thoroughly insane party line.

Probably not going to happen, but it would be nice. We'd have a good balance of power at the national level, and the fucking Teapublicans would stop shitting up one of the two major parties and start shitting up their own little party.
venomlash on February 11, 2016 at 4:26 PM Report this

22
(maybe Presidential tickets would end up with a D/L slate going up against a R/F slate, with the centrist parties bringing their radical wings on board by choosing THEIR front-runner as a running mate)
venomlash on February 11, 2016 at 4:28 PM Report this

After your dustup with GOProud back then, the organization imploded. One of the founders, Jimmy LaSalvia (former Log Cabin director) wrote a book last year called "No Hope: Why I Left the GOP (and You Should Too)".

26
I thought the self-loathing gays were all in the closet, constantly railing against the out queers living the life they could only dream about. Being out and a member of a party that considers you less than a fucking fertilized egg is just batshit insane.
I Hate Screen Names on February 11, 2016 at 6:06 PM Report this
27
"They've been at this transform-from-the-inside shit for nearly forty fucking years and what do they have nothing to show it? Nothing. Fuck all. Squat."

I disagree. I think it the last forty years, the Grand Ol' Party has gotten much worse. I would argue that the Log Cabin Republicans can't even claim to have accomplished "nothing." The situation in the GOP would need to improve, just to get back to the level of "fuck all squat."
Bill Abendroth on February 11, 2016 at 6:22 PM Report this
28
@26: " constantly railing against the out queers living the life they could only dream about. "

30
@8, A+ trolling. Where do you guys learn this stuff?
Sandiai on February 11, 2016 at 11:19 PM Report this
31
Then there's Sanders, who was supportive of gay rights well before anyone else running.
Chase on February 12, 2016 at 9:39 AM Report this
32
@30: It's just so stupid... "I bet you LIEBERALS think immigrants are okay and don't think that billionaires deserve nonstop tax breaks and giveaways to the military!"

Uh, yeah. Sick burn, man.
undead ayn rand on February 12, 2016 at 12:26 PM Report this
33
Well, the GOP has indeed changed. Now they're the party of snake-handlers and gun nuts, in addition to Big Oil and Banks.
Polyphemus on February 12, 2016 at 6:01 PM Report this
34
I would also love to know if DS has spoken with Jimmy LaSalvia since he left the GOP and published the book. I read it a few weeks ago -- not at all impressed with his writing style, but was fascinated by the peek into his (and gay Republicans') rationale for their political positions. At least he seems to be healing from what must have been concussion-level cognitive dissonance. It's hard to believe how much rudeness and contempt the GOProud folks endured and still kept trying. Craziness.
LopaterTX on February 12, 2016 at 7:20 PM Report this

36
As anyone who has ever attended a College Republican event could tell you it is the most desperate closet-case-a-polooza you will ever see, (Aside from CPAC which tends to send grindr and craigslist into meltdown.) Dan's piece on what motivates Gay Republicans could not be more accurate. There is a clear self-hatred and a definite anger at / envy of LGBT Americans who live happy, out, productive lives without wallowing in the same cesspool of self inficted misery. It is a shame really America needs two parties the fact that the GOP (and yes, I once was a card carrying member of the Republican Party, I was also deep deep in the closet but I digress...) has so completely lost its mind and sold its soul to the American Taliban means our national debate is no longer a valid argument between left and right, but rather a contrast of Sane vs Crazy.
frizbeesf on February 14, 2016 at 11:03 AM Report this
37
As the self proclaimed "Gayest Republican in Texas" :-), I would like to kindly disagree. We have made progress. Just one of many examples. At the SR Convention in 2014 I lead an effort to remove the vicious anti gay language from the party platform and exposed the "Reparitive Therapy" plank that was snuck into the platform by the Eagle Forum(google it). The vicious language was removed after my motion by a 2-1 vote. The Reparitive Therapy uproar which I triggered created a deluge of calls to the state party office from REPUBLICANS. This for the first time in state party history forced the state chair a week later to publicly walk back support for the platform plank..... Since that time I have been appointed by the Dallas County Republican Chair as the 2016 Victory Chair to coordinate grassroots and candidate efforts county wide. Further, I intend to run as a delegate to the Republican National Convention as the first openly gay delegate from the Texas delegation. I could list numerous other solid incidents of progress. Understand, I am no fool and can probably out do your stories of anti gay bigotry by SOME within the party. But the shift, while not 50% +1, is very real within the party. I would love to have a civil conversation with you and your readers but simply ask that the foul language be restrained (haha... that request will likely trigger a torrent of profanity). Let's not forget, my friends in the Democrat party, with a few exceptions, only a few years ago held the same position on gay marriage as Republicans. President Obama as recently as the 2012 election. Best wishes.
Rudyftring on February 15, 2016 at 8:37 AM Report this
38
@37: Are you new here?
clashfan on February 15, 2016 at 9:50 AM Report this